The Battle Royale genre started so successfully with PUBG & Co. that there are now many competitors here. But that’s also why many fall victim to the competition – and the newest title in this series is now Scavengers. 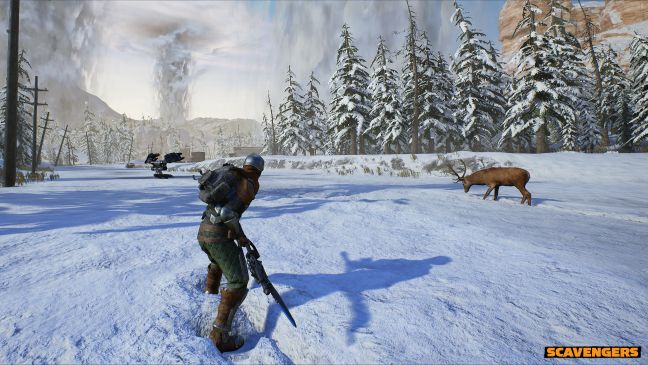 Scavengers is a squad-based PvPvE battle royale title, so it does some things differently than the many competitors in the genre. Obviously, that wasn’t enough for the game to attract larger crowds of players, because unfortunately the makers are now pulling the plug before a year’s deadline.

Publisher Improbable Worlds Limited reported in a message and confirmed that the servers for the Survival Battle Royale title will be taken offline in a few weeks. From December 16, 2022, it will finally be over and the lights of Scavengers will go out. The reason given is that the number of players has decreased; the game can therefore no longer be operated sustainably.

Scavengers started in Early Access on May 1, 2021. Original developer Midwinder had big plans for the unique game, but it never seemed to realize its full potential. The console launch of the PC-exclusive title therefore fell through at first. 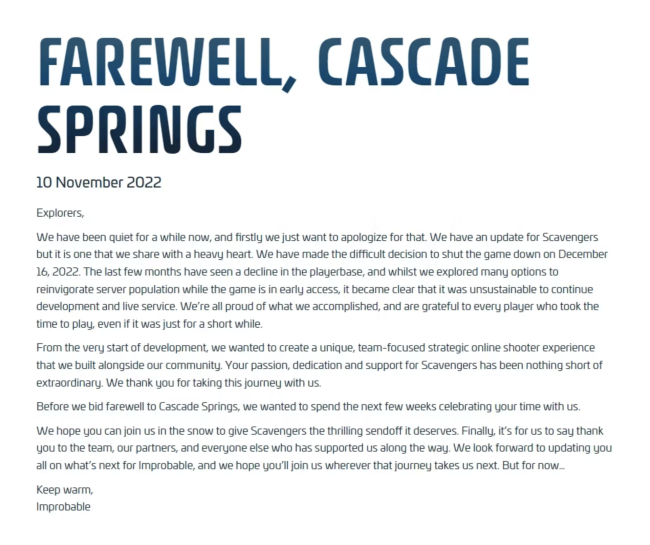 After a year of support with routine hotfixes, updates and other improvements, Improbable sold Midwinter and the communication channels around the game were silent for a long time. The company’s realignment with the Metaverse sparked the worst fears among Scavengers fans.

Improbable Worlds apologized for the long radio silence, but they also had the really bad news in their luggage. However, until the servers go offline, they will still be fully supported until mid-December.

The domestic turbo jet engine was completed in record time!

Leak: Screenshots of the beginning of Atomic Heart surfaced online

Gof of War Ragnarok celebrates its launch at San Siro, a show at the stadium