Unimaginable defense in Genshin Impact: how to defeat rivals and find Hania

Unimaginable Defense in Genshin Impact is the fourth and penultimate stage of the Epic Battle of the Molds. The traveler will have to participate in two more battles of the tournament and even fight with his new girlfriend. Take the opportunity to speak privately with the tamer Hania and learn new details about the organizers of the event and their true goals.

In this article, we will tell you how to complete the Unimaginable Defense quest, defeat Hardy Two Blades and Layla in battle. We will show you where to find Chania after the end of the new day of the tournament.

How to start Unimaginable Defense 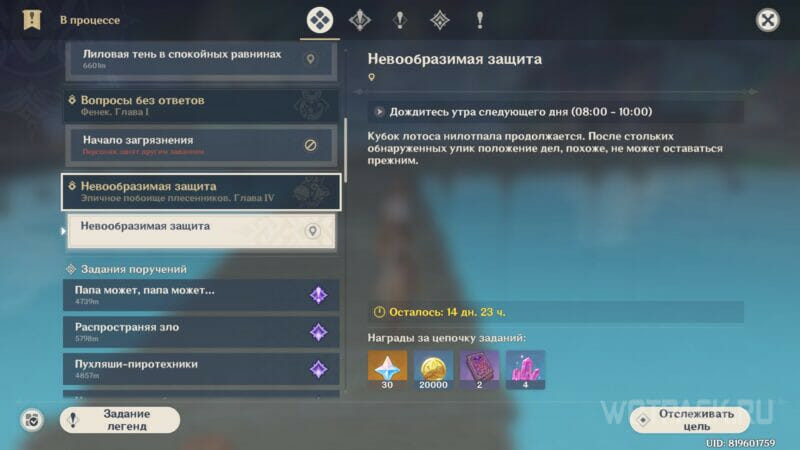 The fourth stage of the event Epic battle of molders will open after the completion of the previous quest “Double task. Promotion and Research! Wait morning of the next day (8:00 – 10:00) game time to start the task. The beginning of the quest, already by tradition, will begin with a new battle in the arena of the tournament. Head to the notice board next to the stage to go to 1/4 finals. The rival in this stage of the tournament will be the former mercenary of the Hermits – Hardy Two Blades. An experienced fighter in the past managed to learn how to control his molders as deftly as the blades in his hands.

Trump Hardy – Geo Mushroom Unbreakable rock. This molder’s attacks are capable of dealing massive fall damage against crowded opponents. In addition to him, the squad also has Pyro, Hydro and Electro pets. A big problem will be not only the powerful Geo DD, but also the Hydro molder, capable of restoring HP to all allies in an instant.

When composing a squad, pay attention to the ability of molders to deal high damage at the beginning of the battle, as well as the ability to control opponents. A good choice would be a squad of:

Hydro and Cryo mushrooms for freezing enemies and restoring group health, Dendro or Pyro for high focused damage on a specific enemy Anemo for tightening an enemy unit and the Disperse reaction.

At the beginning of the battle, focus on Hydro molder rivalin order to deprive his squad of the opportunity to restore HP as quickly as possible. 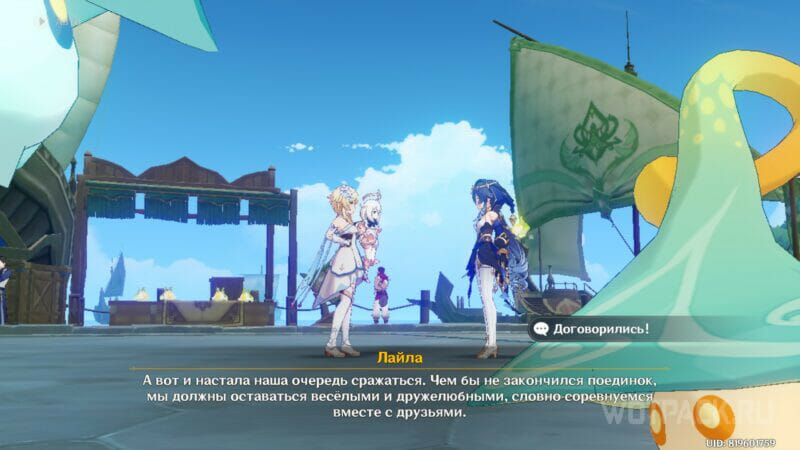 After the fight with Hardy, meet Layla in the square by the main stage. Share your progress with your friend and get ready for the next battle – the battle 1\2 finals between the Traveler and Lila herself.

Take part in the semi-finals Return to the arena using the notice board behind. As already mentioned, the opponent in the semi-final will be Layla, a student of the Academy. This fragile girl managed to get to the semi-finals thanks to her specialty – a very close connection with her pets. That was precisely her goal for participating in the competition. Having climbed so high in the standings, Layla received not only a solid cash prize, but also the opportunity to take the tamed molders for herself.

Layla’s main pet is Anemo Mushroom badass, capable of creating a variety of effects on the battlefield. From powerful and swift elemental projectiles to Anemo whirlwinds, from which at least one enemy is unlikely to be able to get out. His support in the squad: Cryo, Electro and another Anemo mushroom.

To win the battle, gather a squad from:

Anemo molder, whose skill-tie will help to gather enemies into a heap at the beginning of the battle. Hydro to support and impose the appropriate status. Dendro and Pyro\Electro mushrooms for powerful reactions on the battlefield.

There are many dangerous enemies in the enemy group. The electro molder is able to move around the battlefield at great speed and inflict great elemental damage on opponents. However, in the first place, you should get rid of Anemo mushrooms in order to avoid control over your squad. 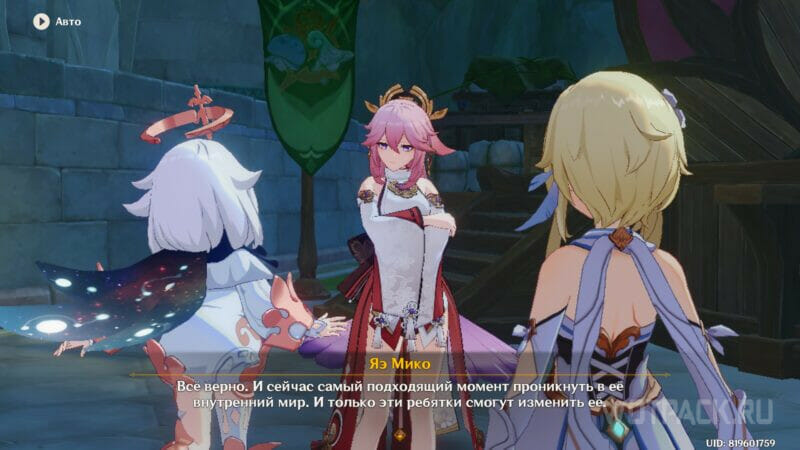 After winning the friendly battle, meet up with Yae Miko in the square. The priestess will talk about her defeat in the battle against Chania and try to talk about it with the tamer. Chania will not be in the mood for a conversation and will rush to leave the event.

Kitsune will share his thoughts about the true reasons for this behavior of the girl and advise the Traveler to talk to her alone.

Go to the mentioned place Laila will tell you that a possible place where Chania hid from prying eyes could be the place where she first met the Traveler. Head to the hills between Chinvat Gorge and Gandharvato start looking for the tamer.

Use Elemental Sense to find Chania

To search for Chania, you will have to use the sense of the elements. Wounded in the battle with Miko, the molder left behind a lot of elemental traces, which will help track the tamer. Use the middle mouse button to enter elemental sense mode and follow the bright orange markers to find the place where Chania has hidden. 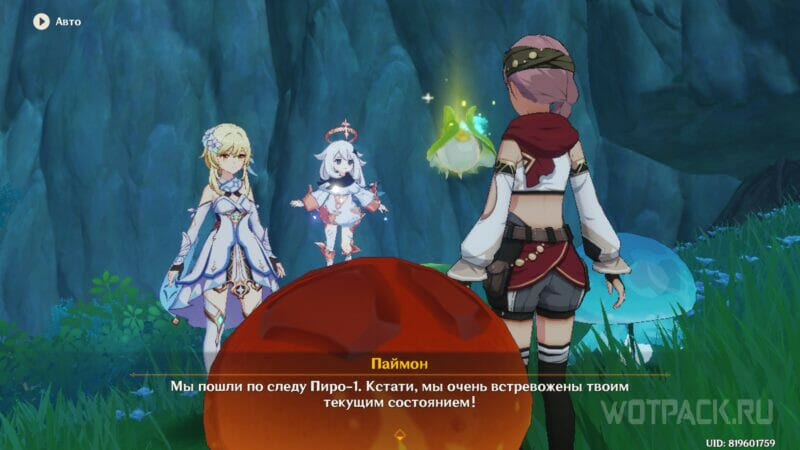 In a secluded place you will find a tamer. During the conversation, the girl will share the story of her life and show the Traveler the diaries of her ancestors, which describe the problems once caused by molds. That’s why Hania’s goal is to win the tournament and get a chance to get rid of all the living mushrooms in the world.

The Traveler and Paimon will immediately be able to find a connection between stories from the past and those documents that Dory gave them. It turns out that the Pearl of Wisdom and the flower agar used in the tournament are far from harmless tools.

After the end of the dialogue with Hania and Paimon, the Unimaginable Defense quest will end, and the company will split up to begin preparations for the main event of the event – the finals of the Nilotpal Lotus Cup tournament.

Upon completion of the quest Unimaginable Defense, you can receive the following rewards:

We hope this article helped you complete the Unimaginable Defense quest in Genshin Impact. Follow the event updates on the main event page. In a separate article, read a detailed guide on all opponents of the tournament. Also read the guides for the Mushrooming, Radiant Potential and Special Training stages.

PS Store all Halloween: lots of discounts on PS5 and PS4 games