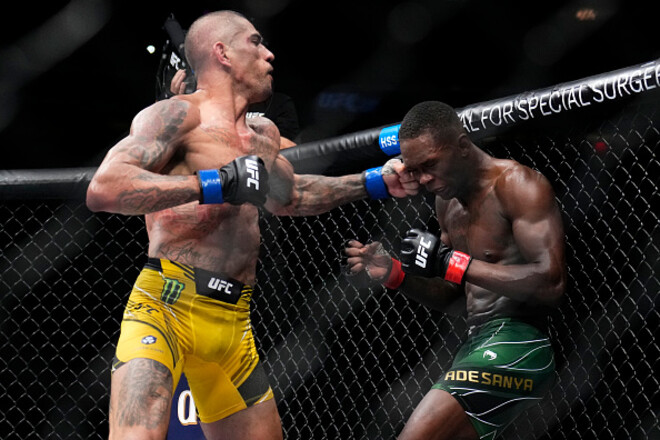 In New York, viewers saw a bright championship fight at the tournament UFC 281.

In the main battle of the evening Israel Adesanya from Nigeria defended the UFC Middleweight Championship against Alex Pereira from Brazil.

Prior to this, the rivals met twice under the Glory kickboxing rules in 2016 and 2017, and Pereira won both times.

Adesanya had the upper hand and was stronger in the first three rounds out of four. However, in the fifth round, Alex Pereira struck a powerful left hook and, after finishing off, the referee stopped the fight.

Brazilian Alex Pereira has already become the middleweight champion in his fourth fight in the UFC, his new record is 7-11. Adesanya has 23 wins and 2 losses

UFC 281. Results of all fights of the tournament