Berserk: the 1997 animated series will debut soon on Netflix 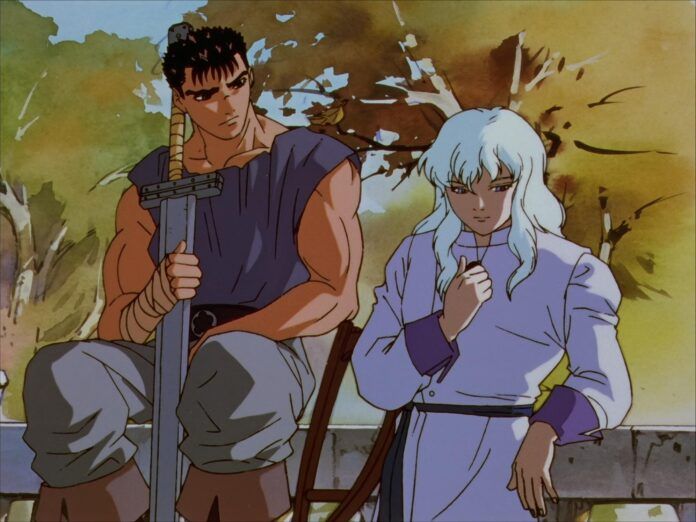 Berserk is certainly one of the names that over the years will remain well etched in the minds of anime and manga fans. The Opera Magna of Kentaro Miura is one of the darkest and most brutal products of the current comic scene and despite the premature death of the author has led to an abrupt pause in the works, the serialization of the comic will resume shortly to start later towards its conclusion. Over the years Berserk has not remained solely anchored to the paper pages of the popular tankōbon. The manga has indeed received several animated adaptations the first of which dates back to 1997. In this regard, Netflix subscribers will be happy to know that this historic anime will be added to the streaming platform’s catalog.

Starting with the next December 1, 2022 subscribers to the service will be able to watch all twenty-five episodes of which this animated series is composed. The 1997 series fits the arc of the Golden Age, one of the key moments of Berserk. Over the course of the episodes we witness how Gatsu came to join the Hawk Squad, how he met Griffith and Caska and how he found himself living a life filled with despair. Unfortunately, the series is remembered for his cliffhanger finale used as a springboard to boost sales of the manga, with fans eager to find out how the adventures of Gatsu and his companions would continue.

The good news is not over though. A mysterious countdown with a deadline set for 11 December has appeared on the official Berserk website. Although no official information is known, speculations were not long in coming. According to many fans, a new anime which will continue to narrate the troubled life of Gatsu.

Finally Panini Comics has announced that the Deluxe Edition of the Berserk manga will also arrive in Italy. This prestigious edition will be a collection of 12 luxurious hardcover volumes made unique by a beautiful black leatherette cover The first issue will boast 696 pages and will collect the first three tankōbon. Each of these prestigious volumes will cost around 50 euros.

But now tell us, what do you think of the debut of the historic Berserk anime on Netflix? Will you watch it? Please let us know by leaving a comment below. As usual, we invite you to continue following us to stay updated with the latest news!

Alex PEREIRA: "I was destined to become a champion"

This is why I finally decided to install a VPN

USA: kicked out by the police for attempting a Pokémon card scam