Elden Ring players discuss the origin of the dog meme 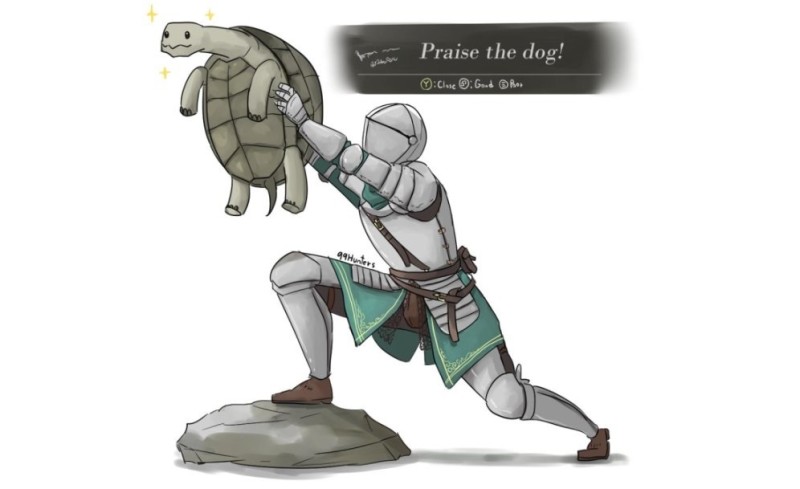 Look, dog! Every Elden Ring player has seen dozens of these messages, especially those of us who were around when the game first came out. It has become a funny joke to post this message under every friendly animal in the Interearth, especially under the odd number of turtles. As time goes on, new players started asking why these messages exist and players couldn’t remember the exact origin.

When Darkstardust98 asked on the Elden Ring subreddit “why is every animal in the elden ring a ‘dog’?”, he probably didn’t expect so many different answers. The most reasonable answer is: “Because the word “tortoise” is missing in the variants of the messages.” However, this is clearly not the reason for the meme.

Someone explained that it had to do with a meme from the popular mockumentary comedy film Borat. “It’s from the movie Borat. He comes to America, sees a turtle and says:” What kind of dog is this? “To which the person with him answers:” This is a turtle.

Some disagree with this statement, saying: “They call them dogs because they are non-hostile animals – not ‘enemies’ or, in other words, ‘good boys’. Good boy = dog.” It’s a bit of a stretch, but there’s a logic to it.

However, there are also many defenders of Borat. “That’s what it evolved into, but the first messages of this type were always in the turtle (at least for me),” wrote one person. “I’m sure whoever originally came up with this was called Borat, and it’s likely other people started repeating the meme, not understanding the original joke,” says another.

Some believe the meme goes even deeper, going back to Elden Ring’s soul predecessor, Dark Souls. “It’s a meme because in Souls all the animals were annoying fucking dogs and that’s why people left messages warning about dogs.”

Be that as it may, we will never know what was in the mind of the person who first left this message. Therefore, everyone can choose his own reason, which he considers the most convincing. As for me, “Borat” is the most appropriate.