Shadows Over Loathing: The sequel to the indie hit has been released

A brand new indie highlight has quietly crept onto Steam: Shadow Over Loathing has been released. Simply that way! Don’t worry, the name doesn’t have to tell you anything. But maybe you’ve heard of West of Loathing? That wonderfully wacky indie role-playing game that won a lot of top ratings five years ago and was also enthusiastically received by buyers? Since then, fans have been eagerly awaiting West of Loathing 2 – and that’s exactly what they’re getting! Although the sequel throws the Wild West setting overboard and tells a brand new story, it is otherwise a genuine sequel – with everything that goes with it. Shadow Over Loathing takes place during the American Prohibition and takes you to the city of Ocean City. There you should track down your missing Uncle Murray, but learn that his antique shop is actually just a facade. In truth, Murray and his team work to uncover cursed relics and battle occult dangers—your ticket to the insanely loathing world of the supernatural. 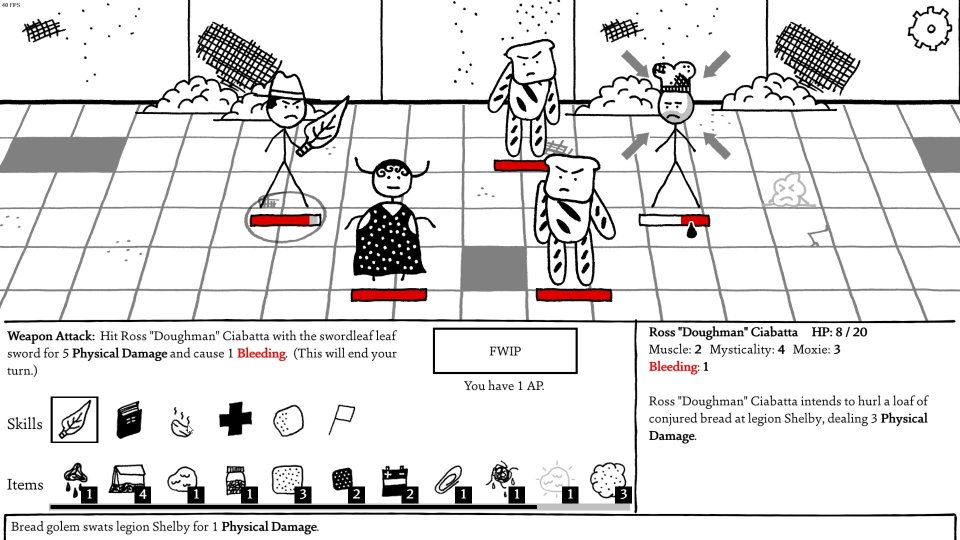 As in the predecessor, you can expect a relaxed slapstick role-playing game that doesn’t take itself seriously for a second. Similar to South Park: A Stick of Truth, you explore the many locations from the side view, collect items, upgrades and clues, solve small puzzles or discover tons of secrets and surprises. In between there are always classic round battles, for which you receive experience points, money (here in flesh form) and lots of equipment. The fights are very simple and, if desired, also voluntary, many situations can be resolved non-violently. In the well-written dialogues, decisions are also waiting for you that often cannot be taken back and that promise some replay value.

As good as the predecessor?

We’ve already played it for a few hours and can confirm: the thing feels exactly as we had imagined a sequel to West of Loathing. Tons of gags, fun exploration, lots to discover and a motivating game flow make Shadow Over Loathing a must-buy for everyone who already liked the predecessor. Within two hours we had become powerful cheese magicians, scooping up loot from holy water, toppling an apartment building into a dimensional whirlpool, beating up a chime cult, taking control of a street gang and solving murders under trees. In the options menu we can activate completely pointless HDR, and you can also opt for arachnophy (no spiders!) or arachnophilia (lots of spiders!). And yes: There are a lot of stupid ways to walk again. The good first impression is also reflected in the user reviews of the beta testers on Steam, which confirm the game’s considerable scope.

Shadows Over Loathing has no voice output, but unfortunately the many texts are only in English. Solid language skills are a must here. Just like its two predecessors, the game relies on a distinctive, black and white stick figure look. It’s a matter of taste, of course, but our advice: don’t let that put you off! Behind the simple graphics is a well-made role-playing adventure that is worth the money. The price is fair at just under 22 euros, but you can shoot the game for 18 euros at the time of release.

If you don’t know the predecessor West of Loathing, it is of course still a recommendation: You can get the crazy Wild West RPG for 11 euros on Steam or GOG. The game has also been released for the Nintendo Switch, and the implementation has been absolutely successful. Here, too, only 11 euros are due in the eShop, and the game is often available at a reduced price in the sale. Incidentally, the first part of the series is called Kingdom Of Loathing, a browser game from 2003. Since the three titles have nothing to do with each other anyway, you can safely ignore the debut.

EU official wants Call of Duty to continue on "his Playstation"

Like a Dragon Ishin: pure action (and a lot of blood) for the battles of the Yakuza spin-off

Apple Black Friday will be a little different