The Callisto Protocol is the first project from developer Striking Distance Studios, founded by veteran Glen Schofield (Dead Space), and has been growing in popular opinion since its reveal in 2020.

Scheduled for release on December 2nd, the game has shown it doesn’t hide its roots in Electronic Arts’ cult horror series. At the same time, he bets on a much more immersive and brutal experience – which is why he even had his sale suspended in Japanese territory.

There’s no doubt that the game will be quite bloody, but what many people don’t realize is that it has brazilian blood working on The Callisto Protocol. O Voxel had the opportunity to talk to character director Glauco Longhi to understand more about the inspirations behind the game’s creatures. Check it out below!

For starters, tell us a little bit about the creature design. How did you come up with the concept and what were the visual inspirations of the studio?

“We started developing the game thinking about what world these creatures would be living in. It was all based on a lot of real stuff and creatures also have that base, so they’re distorted or infected humans that morph and change into other things. This brings a lot of proximity to the player.

We look for references in a lot of things, from horror movies, comics, a little bit of everything. Alien, Predator, all those big movies sure inspired a lot. In the case of Alien, we even have a scene in the first trailer with a creature we call Big Mouth and that refers a lot, salivating and such. We have a game that is very cinematic, it has a lot of cinema vibes. The lighting people, the art direction, everyone is very fascinated by cinema.”

It is clear that violence and grotesque visuals are the keynote of the project. How important is this to the player experience?

“Brutality is one of the pillars of our project, so this idea of ​​creating terror with a lot of violence comes from the fact that the story brings human beings suffering, desperate, always with the idea of ​​messing with the player’s head and Jacob himself, who is the protagonist. It’s all about showing the very rough truth, roughly speaking, of human beings.

Nothing we did in this game was ‘free’, so to speak. In the sense of ‘we are making this creature because we want to rip its arm off’. We want the player to go through this experience. The creature is going to rip your head off because that’s what would happen if it were biting you, you know? [risos] It’s all about making the player go through these situations and feel like it’s real.” 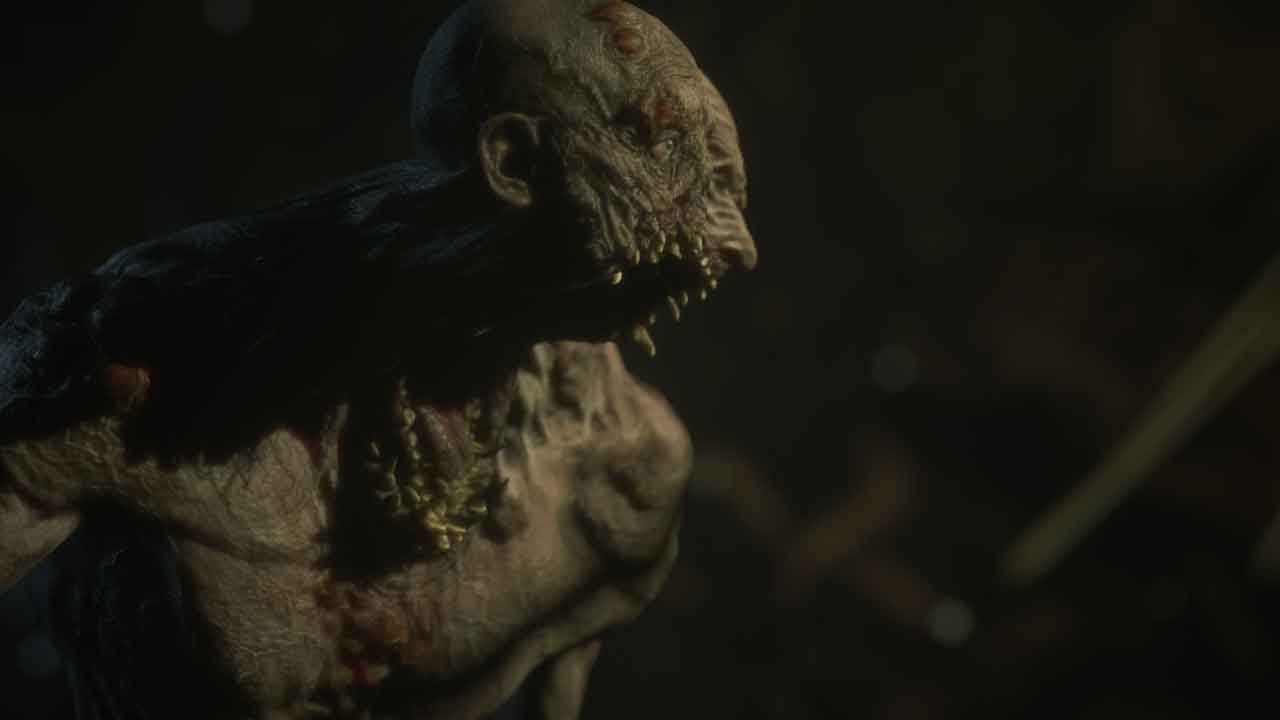 We’ve seen that there are quite a few creepy creatures in The Callisto Protocol. Is there a specific monster that you enjoyed creating the most?

“There are a lot of creatures that we developed and they were a lot of fun. I have some favorites, including some that I want to wait for people to play to get to know, but the creature that I have a lot of affection for, which was one of the first we developed, was the Big Mouth who was in the first teaser. As the name says, she has a really big mouth, very sharp teeth, and she’s really rough, so much so that in one of the trailers we show her ripping the guy’s head off, his arm , anyway. It’s a totally distorted human.

The development process was very interesting overall. Well, that’s what I love to do, but doing all the research on the types of infections, deformities, and exploring, letting the creativity run wild, was a lot of fun.”

This is a game that is fully thought for the new generation of hardware. From an experienced character director’s perspective, what is the most next-gen trait you’d like to point out that justifies this decision?

“There are several things that we could talk about for a long time, that we are innovating and exploring new platforms. In the case of Jacob, for example, we are pushing the bar a lot of what digital humans are. In terms of fidelity, in general, we can talk a lot. In terms of light, weight, shadow, number of creatures. If I were to really sum it up, it’s a platform that allows a very high fidelity and that, again, returns to the immersion that we want for the player.

Without a doubt, we didn’t even have to debate it. We decided to explore the best of the new platforms from the beginning and how we can advance the technology to bring what we want, which is to impress the player and make them feel that they are in that world.” 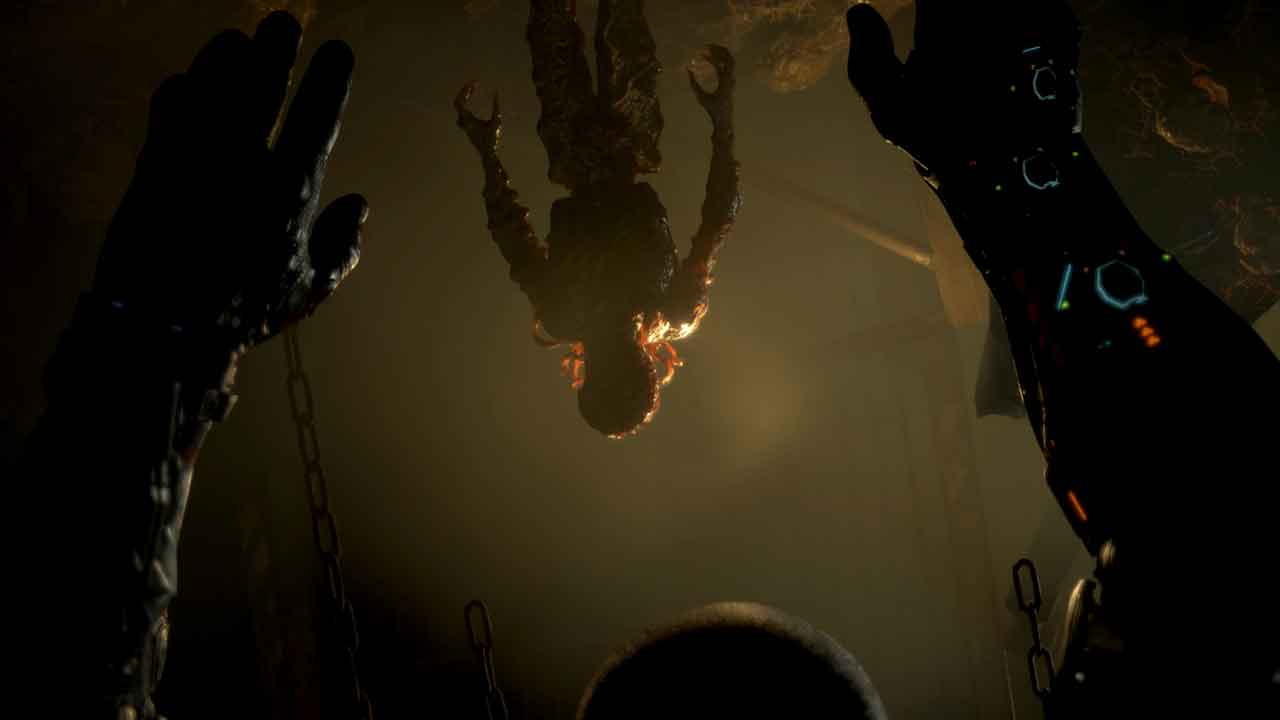 You already have a lot of experience in the games industry, going through studios like Santa Monica (God of War) and Naughty Dog (Uncharted 4). But I suppose the feeling is different now, as it’s Striking Distance Studios’ first project. How has this experience been, considering that The Callisto Protocol has grown in popular opinion?

“Man, it’s very satisfying because everyone who formed the studio, for the most part, comes from very large projects. So we formed the studio and started this project with the aim of giving the best, a lot of affection and attention. the project taking shape, with increased expectations, makes us very happy with all this because it is a passion of ours. We really believe that this game is very cool and terrifying, and we feel that we have something special in our hands, it makes it easier to talk about it in a very transparent and genuine way, so to speak.

And you yourself pointed out that I’ve worked on other big projects, and most of the people here have as well. So we manage to balance this experience and expectation at this moment that generates a lot of anxiety, so we are already a little used to this type of process, so I think it ends up dealing in a very nice way. But I’m really happy to hear that people are excited.”

You know that, in Brazil, there are many players who are passionate about games and who are struggling to enter this market. Considering your experience, what would be the essential steps for anyone who wants to follow this path?

“My journey, when I started, is very different from the point we live today. Today, in Brazil, there are several game companies that are growing more and more. Today, the world that works with remote format also allows for many Brazilians to work abroad.We also have tools like Unity and Unreal that allow anyone to start becoming a game developer.

So I recommend that everyone who is interested in getting into this area get these engines, download them, start studying how a game works, obviously study and participate in courses in any way possible. And of course, put your best out. Practice, produce.

In the case of art people, start drawing and sculpting. Think about how these projects are designed for the game, because we’re making a character that’s tied to the gameplay. And of course, play a lot of video games. It’s part of figuring out why you want to work with it. The possibilities are immense, the market is growing more and more. Here in the US, too, the market only grows. The future is very good for those who want to enter this area, without a doubt.”

Warhammer 40,000: Darktide is back on Russian Steam

Deals with Gold: These Xbox offers will end shortly week 45/2022