What is Kano’s power in Mortal Kombat?

There is no doubt that Mortal Kombat presents a very rich universe, especially when it comes to characters. Each one has a story behind their actions and varied powers to use in combat, and among them we have Kano.

If you want to know a little more about Kano from Mortal Kombat, just keep reading!

Discover the origin of Kano

Kano first appeared in the original Mortal Kombat, released in 1992. He was left out of the second game as a controllable character, but returned to appear in other titles made available later.

Kano was the leader of the Black Dragon clan – a group of criminals known for their brutal crimes. Ended up arriving at the first Mortal Kombat in search of Shang Tsung’s treasuresand it was his spirit of leadership that saved him from being killed after the events of the original game – instead, the villain Shao Kahn held him prisoner in Mortal Kombat 2. 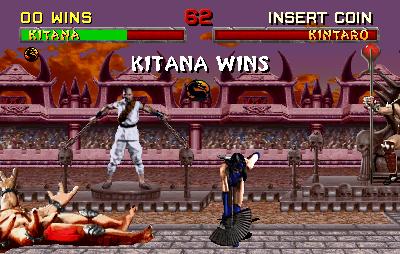 Kano from Mortal Kombat as Shao Khan’s prisoner in the second title in the franchise, released for arcade and consoles. (Source: YouTube/Reproduction)Source: YouTube

What he didn’t imagine, however, is that his enemy Sonya Blade would also join the violent competition in order to put an end to his actions. In this way, one of the rivalry arcs of the first game was formed.

After all, what is Kano’s power in Mortal Kombat?

In the first game, Kano had few powers, such as throwing projectiles, attacking with a kind of “air somersault” and his trademark: the fatality in which he removed, with his own hands, the heart from the opponent’s chest.

In his look, the mechanical eye was always very evident, which in later titles gained the power to shoot lightning. In fact, as the saga progressed, the character released more abilities, greatly expanding his possibilities to face anyone who got in the way.

Being an important character within Mortal Kombat, Kano was also one of the fighters to appear in the movie released in the 1990s.

While in the first game he was played by actor Richard Divizio, in the first film adaptation of the franchise that role went to Trevor Goddard.

Speaking of movies, an interesting curiosity: when the game’s production team was creating the character Kano, they were inspired by Arnold Schwarzenegger’s look in The Terminator of the Future – in particular the mechanical eye characteristic of the “kombatant”.

And you, did you know all these facts about Kano from Mortal Kombat? What is your favorite character from the series? Share your message with other readers of the Voxel using our social networks.

With the Golden Ball – to the infirmary. Benzema will not play against Sevilla