The material was prepared with the support of Parimatch Ukraine. Parimatch Ukraine is the first licensed online betting company born in Ukraine and the largest investor in the development of Ukrainian sports.

Choose your champion – charge for the Mundial with Parimatch!

To play in one World Cup is an unconditional success in the career of any professional football player. But at the top level there are a number of masters who were lucky enough to participate in three, four and even five final parts of the World Cup. Not surprisingly, thanks to this, they have accumulated a large number of matches on their account, firmly entrenched in the cohort of the best in history in this indicator.

Who has participated in the most fights at the world championships?.. 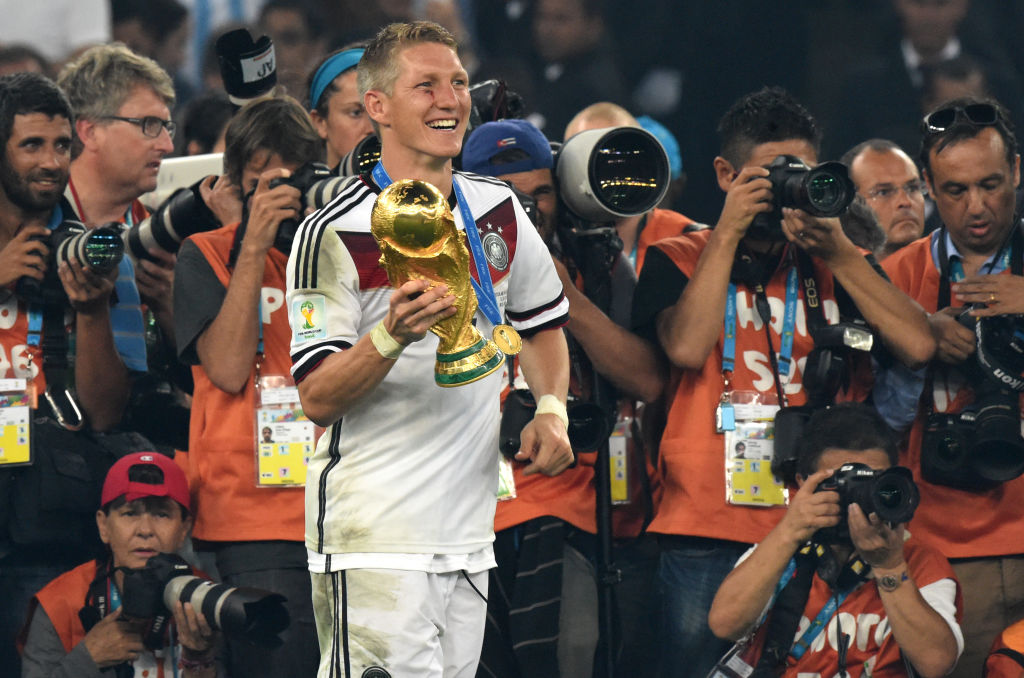 German midfielder Bastian Schweinsteiger made his debut in the national team of his country in 2004, and ended his international career in 2016. In total, he scored 121 matches and scored 24 goals for the German national team, with which Bastian participated in three world championships – in 2006, 2010 and 2014. All three turned out to be quite successful for the German team, because every time they left the competition with medals. In 2006 and 2010, Germany ended up with bronze, and in 2014 became the world champion. As for Schweinsteiger’s personal indicators, he played 20 matches at the World Championships, in which he scored 2 goals and gave 8 assists.

Schweinsteiger ended his career as a football player at the end of 2019 at the American club Chicago Fire. Now he is 38 years old. 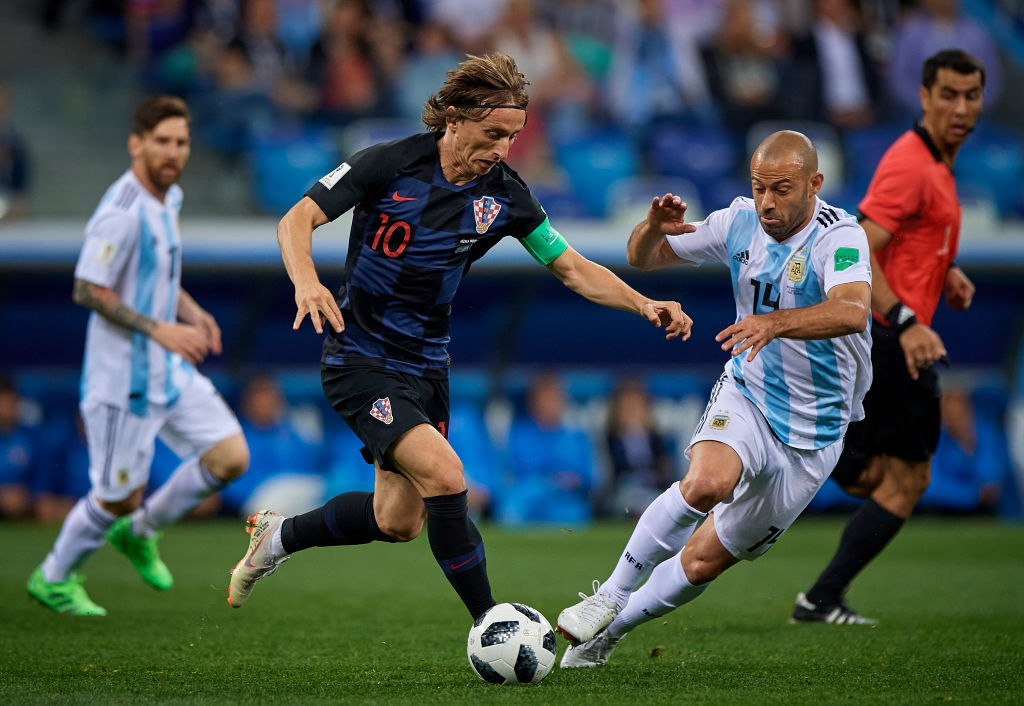 Like Schweinsteiger, Javier Mascherano played in the center of the field – mainly in the support zone. He made his debut for the Argentina national team in 2003 and last fought in 2018. In total, Mascherano has 147 games and 3 goals scored in the ranks of the national team. With the Argentines, Javier went to four world championships – in 2006, 2010, 2014 and 2018. The most successful tournament for the team was in Brazil (in 2014), when the South American team reached the final, but lost the gold medals to Germany. In total, in the final parts of the World Cup, Mascherano played 20 matches in which he could not distinguish himself by scoring, but the defender collected a decent amount of “mustard plasters” – as many as seven.

Mascherano completed his football career at the end of 2020 in the Argentine Estudiantes. Now he is 38 years old. 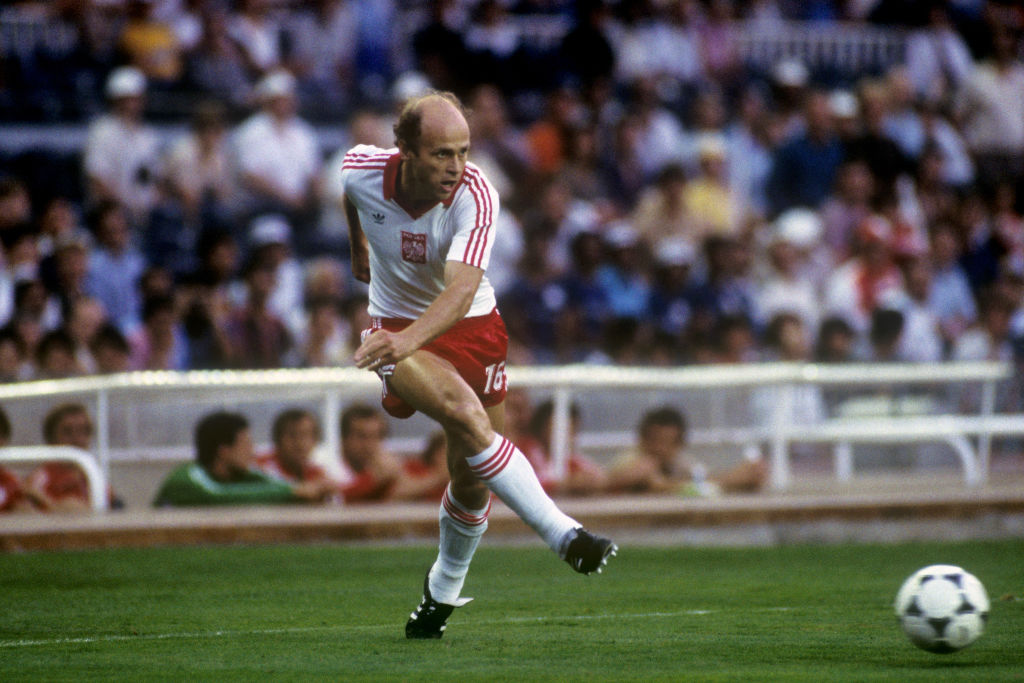 Until the beginning of the past decade, Grzegorz Lato was the record holder for the number of matches in the Polish national team. The midfielder managed to make his debut for this team in 1971, but the winger had his last fight at the international level in the spring of 1984. In total, Lato played 100 matches for the White-Reds, scoring 45 goals. Grzegorz played for the Poles in one of the best periods for Polish football, playing in the World Cup in 1974, 1978 and 1982. At the same time, in Germany (1974) and Spain (1982), Poland won “bronze” medals. It is worth noting that in the final stages of the World Cup, Lato proved to be very effective – on his account not only 20 fights, but also 10 goals scored, as well as 5 assists.

Lato completed his career as a football player in 1984 in the Mexican Atlanta. Now he is 72 years old. 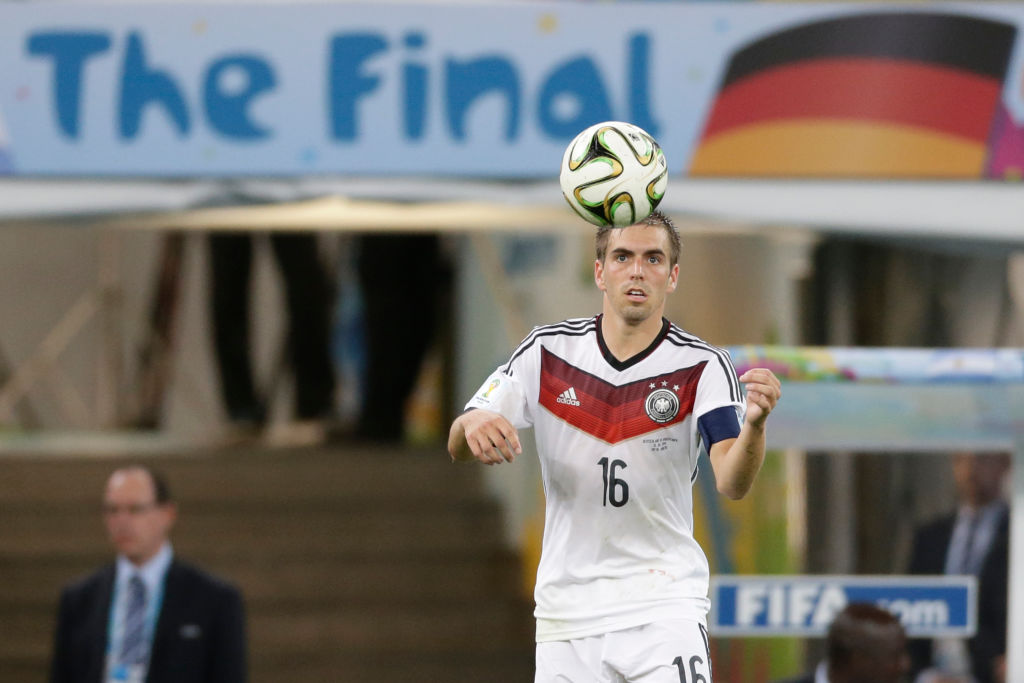 Philipp Lahm, like Bastian Schweinsteiger, managed to play with the German national team at three world championships – in 2006, 2010 and 2014. The flank defender played his first match for the national team in 2004, and the last in the 2014 World Cup final in Brazil, which became “gold” for his team. In total, Lam has 113 matches and 5 goals for the German national team, but in the finals of the world championships – 20 fights and 1 goal scored, as well as 3 assists.

Lahm completed his career as a football player in his native Bayern in the summer of 2017. Now he is 39 years old. 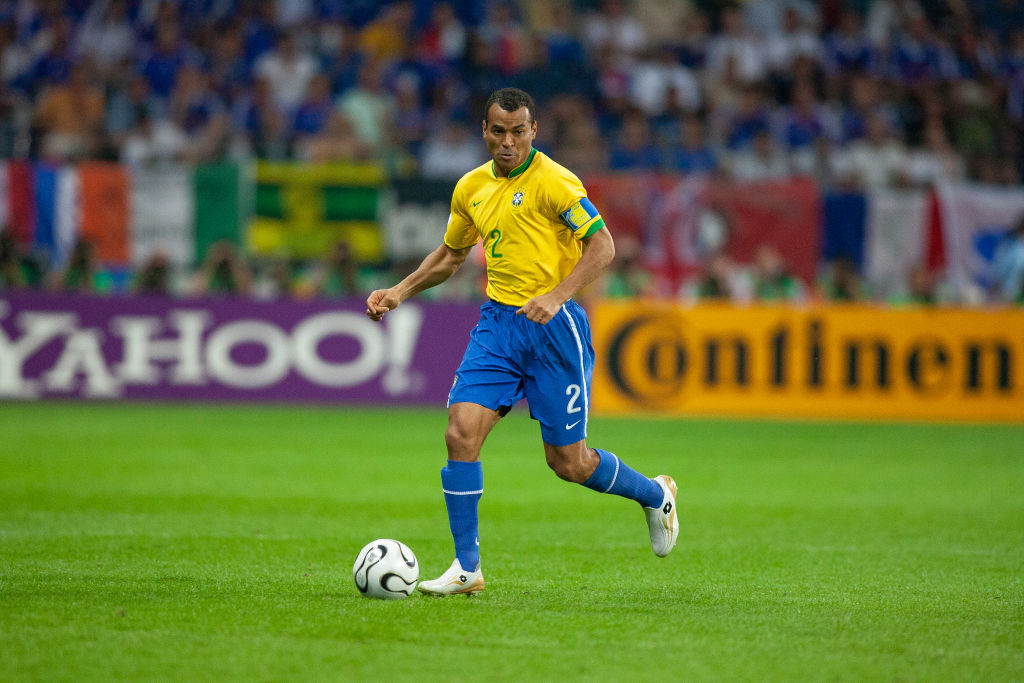 Cafu is one of the most successful Brazilian defenders in history. In addition, he is the record holder of his national team in terms of the number of matches played in its ranks – 142. Cafu managed to make his debut for the Selesao in 1990, and for the first time he was taken to the World Cup in 1994, and that tournament became a triumph for the Brazilians, like the world championship in 2002, held in Japan and South Korea. It is also worth mentioning that in 1998 in France, the Selesao reached the final, where they lost to the hosts of the tournament. In total, Cafu played 20 matches in the finals of the World Championships, in which he scored 4 assists.

Cafu completed his career as a football player in Italy in the summer of 2008 in the ranks of AC Milan. Now he is 52 years old.

Center back Władysław Žmuda, like Grzegorz Lato, was lucky enough to play at a time when Polish football was at a very high level on the international scene. The center back played his first match for the “white-reds” in October 1973, and the very next year he went to the World Championship in Germany, where the Poles got the “bronze”. The Polish team reached the same peak in Spain in 1982, but the World Cup in Mexico in 1986 turned out to be not so successful for the “white-reds”, as they flew out with a bang already in the 1/8 finals from the Brazilians (0 :four). By the way, that match, in which Zhmuda spent only the final 8 minutes, was the last for Vladislav in the ranks of the national team. In the final stages of the world championships, Zhmuda played 21 fights, receiving only 1 yellow card.

Zhmuda completed his career as a football player in Italy in the summer of 1987 as part of Cremonese. Now he is 68 years old. 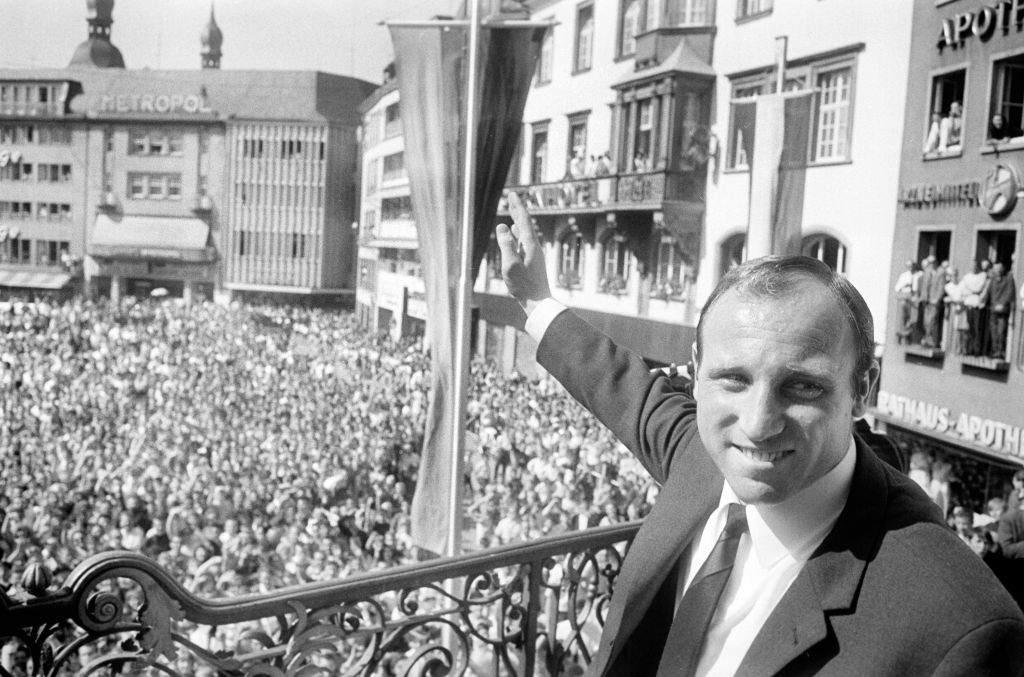 Uwe Seeler is the symbol of the German “Hamburg”. He was born in the team’s native city, and it was there that he spent his entire professional career, taking part in 582 fights and scoring 494 goals. For the German national team, the center forward made his debut in October 1954, and for the first time went to the World Cup four years later – to a tournament in Sweden, where the Germans took fourth place. The German national team showed itself much more successfully at tournaments in 1966 in England and in 1970 in Mexico. On the first one, the Germans finished second, and on the second – third. In total, in the final stages of the World Cup, Seeler played 21 matches, scoring 9 goals and completing 5 assists. For the German national team, Uwe has 72 matches and 43 goals. The striker played his last match at the international level in September 1970 as part of a sparring against Hungary (3: 1), to which, as often, he led the team with a captain’s armband on his shoulder.

Seeler completed his football career in May 1972 at Hamburg. He died on July 21 this year at the age of 85. 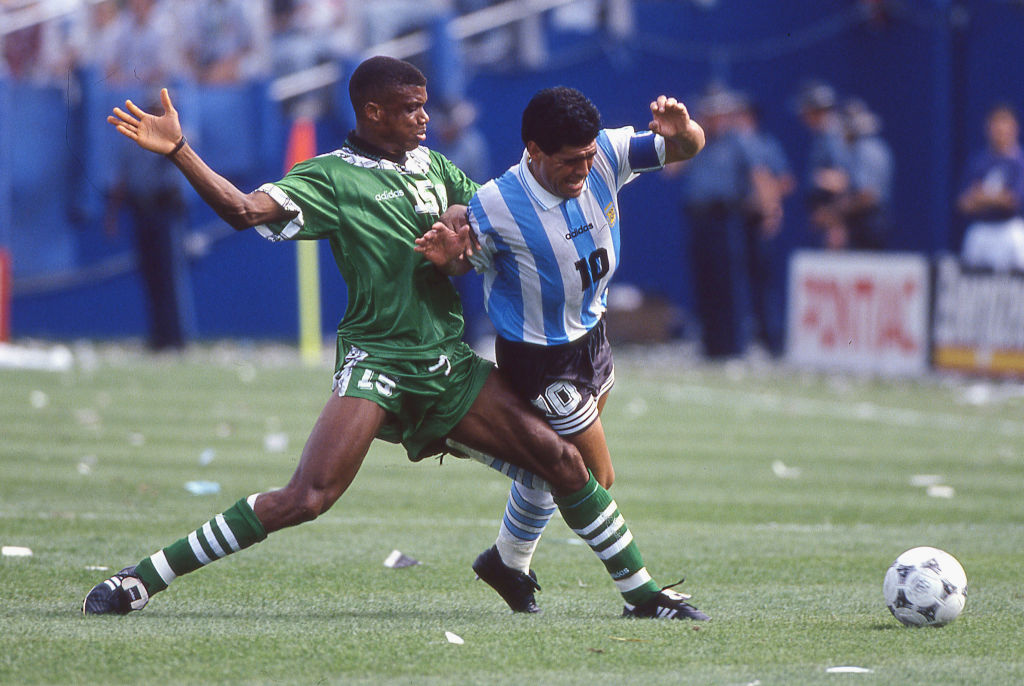 Diego Maradona, an Argentinean, has managed to become one of the best football players in history. He is an absolute legend in his homeland, as well as for the fans of all the teams he has ever played for. Maradona made his debut in the Argentina national team in February 1977, when he was only 16 years and 3 months old. And Diego went to Spain for his first World Cup already in 1982, but the “white-blue” at that tournament stopped their journey in the Second Round, failing to reach the semi-finals. The most successful for Argentina and Maradona was the 1986 World Cup in Mexico, where the South Americans became champions, and their leader was recognized as the best football player of the tournament. Four years later, in Italy, the Argentines reached the final, where they lost to the German team with a score of 0:1. In total, in the final stages of the World Championships, Maradona played 21 matches, scoring 8 goals and 8 assists, and also receiving 1 red card (in the match against Brazil (1:3) at the 1982 World Cup). He ended his international career after the 1994 World Cup in the USA, having played a total of 90 matches for the Argentines and scored 34 goals.

Maradona completed his football career in October 1997 at the Argentine Boca Juniors. He passed away on November 25, 2020 at the age of 60. 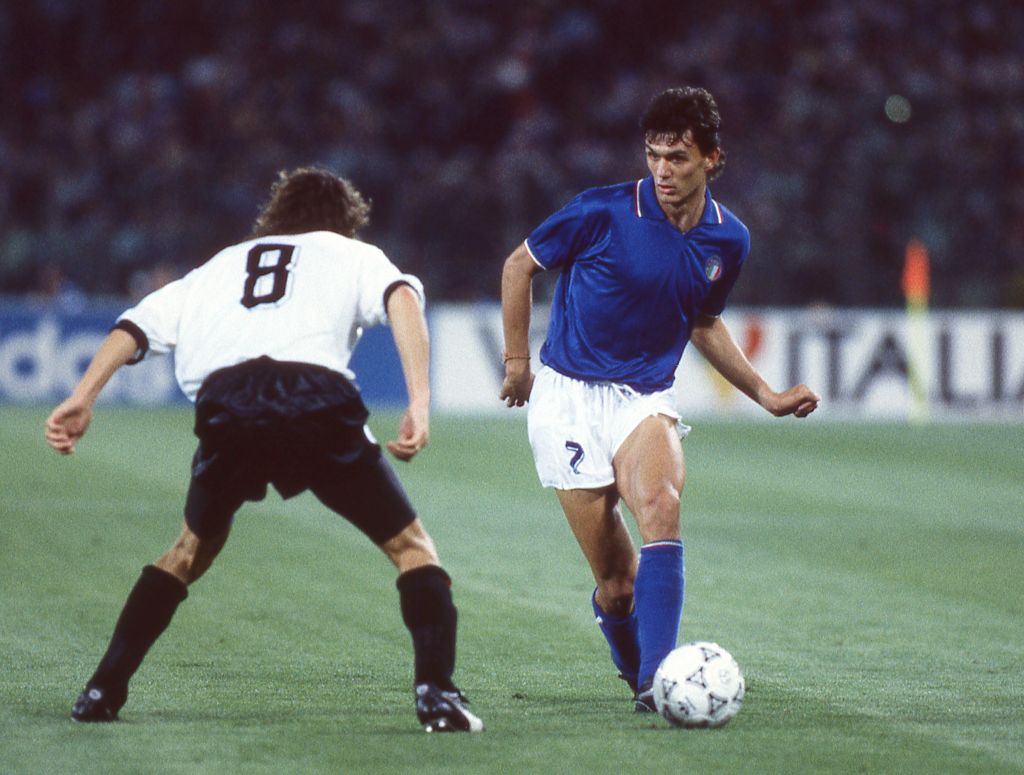 Paolo Maldini spent his entire career at Milan. Played as left and center back. He played 126 matches for the Italian national team (7 goals), which is the third highest figure in the history of this national team after Gianluigi Buffon (176) and Fabio Cannavaro (136). Maldini managed to make his debut for the “azure team” in March 1988, and two years later he went in its ranks to his first World Cup, where the Italians won the “bronze”. In 1994, at a tournament in the United States, Italy reached the final, where they lost to Brazil in a penalty shootout. This marked the biggest success of Maldini’s career at the World Championships. In the final stages of the World Cup, Paolo played 23 matches without scoring goals and receiving 3 yellow cards. He ended his international career in 2002, immediately after the World Cup in Japan and South Korea, where the Italians were knocked out in extra time in the 1/8 finals from the Koreans with a score of 1:2.

Maldini ended his football career at Milan at the end of the 2008/09 season. Now he is 54 years old. 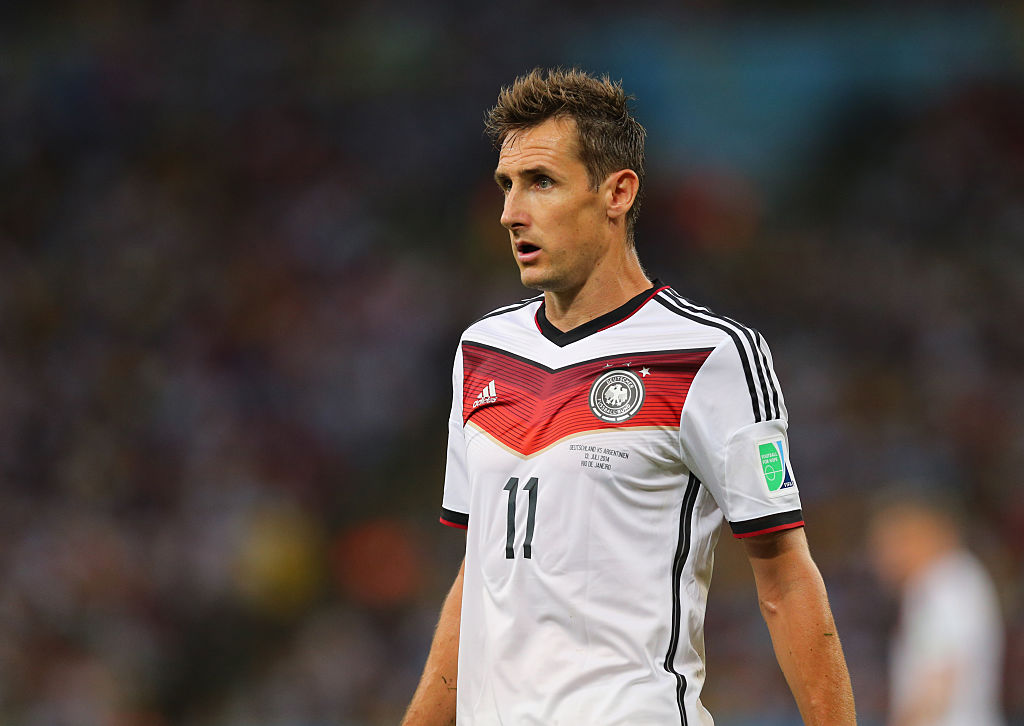 Miroslav Klose managed to become one of the best football players in the history of German football. At the club level, he played for Kaiserslautern, Werder Bremen, Bayern and Lazio, but he made his debut in the national team in the spring of 2001. Klose held his first world championship in 2002, when the Germans reached the final, after which he played in three more world championships, and Germany left each of them with medals – in 2006 and 2010 with bronze, and in 2014 with “gold”. In total, Miroslav played 137 matches for the national team (the second indicator in the history of German football) and scored 71 goals (the best indicator in history), and in the final stages of the World Championships, Klose scored 24 fights, 16 goals (the best indicator in the history of world championships) and 5 assists.

Klose completed his football career in Italy in the ranks of Lazio in the summer of 2016. Now he is 44 years old. 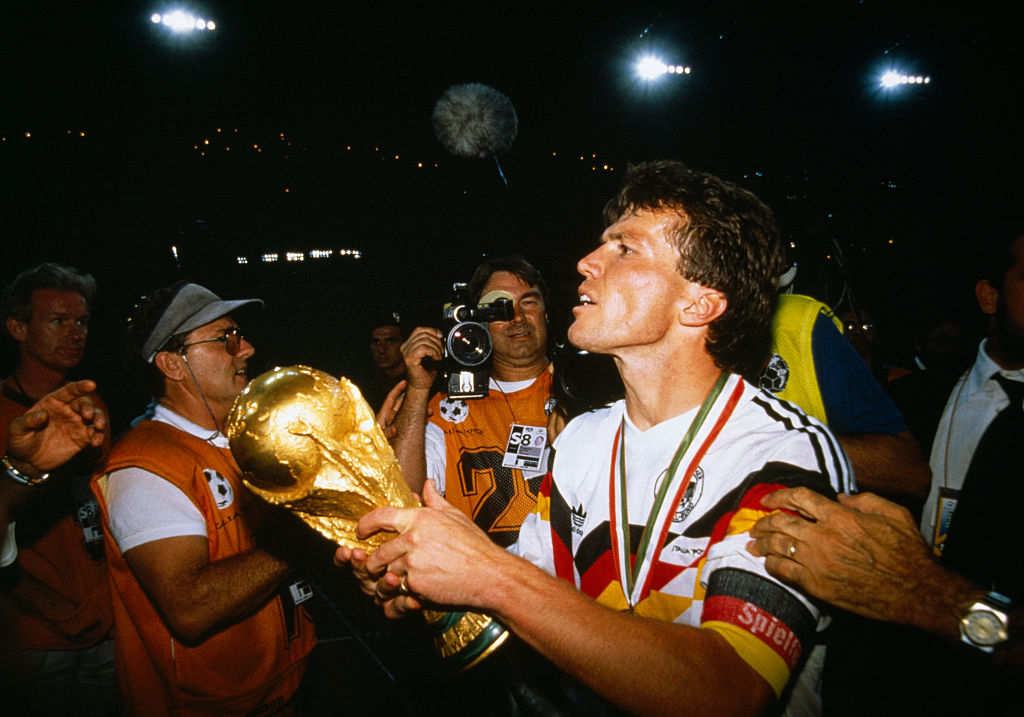 Lothar Matthäus is one of four footballers in history (along with Italian Gianluigi Buffon and Mexicans Antonio Carbajal and Rafael Márquez) who have played in five World Cups. This allowed the German defender to set a world championship record (25) that has not been broken for almost a quarter of a century, although since 1998, when Lothar held his last world championship, the number of participants in the final stage has increased, after which there has been an increase number of stages and matches. He made his debut in the German national team (FRG) in the summer of 1980, and at his first World Championship in 1982 he won silver with the team. Subsequently, Matthäus also finished second in the 1986 tournament in Mexico, and in 1990, the Germans won the championship at the tournament in Italy. Lothar ended his international career in 2000 after the unsuccessful European Championship for the Germans in Belgium and the Netherlands. On his account – 150 caps (23 goals), which is the best result in the history of German football.

Matthäus completed his football career in the United States with the New York MetroStars (now the New York Red Bulls) at the end of 2000. Now he is 61 years old.

PS Who can beat the record holders already at the 2022 World Cup? Among current players, the largest number of appearances in the final stages of the world championships have: Argentinean Lionel Messi (19), Portuguese Cristiano Ronaldo (17), Germans Thomas Müller and Manuel Neuer (16 each), Uruguayan Fernando Muslera (16) and Frenchman Hugo Lloris (15). ).

Over 50 games to be shown at The Game Awards

Forza Horizon 5: Second expansion will be released in early 2023

Because of Musk’s decision to verify accounts, Twitter is already flooded with fake accounts and misinformation