Does Facebook listen in on the phone conversations of its users because of ads? 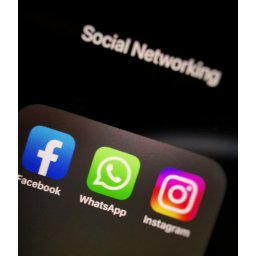 For years, Facebook users have claimed that the company is spying on their real-world conversations to show them relevant ads. The latest in a series of such accusations against the social network came from a British journalist who said mirror that he was “freaked out” after he suspected Facebook had been eavesdropping on two of his conversations.

One evening he was on the phone with his grandmother about a stump that needed to be removed in her garden, only to see an Amazon ad for stump removal on Facebook the next morning. In another conversation with his partner about an upcoming vacation, he mentioned a plane flight, and an hour later an ad from Jet2.com and a company called Jet2holidays appeared on Facebook.

When users search the Internet or click on certain articles, the data is collected and used to display “targeted” ads based on the search, and such ads may soon appear in their Facebook newsfeed.

But the journalist who spoke to the Mirror said that neither before nor after those conversations did he search his computer or phone for anything related to the topics he discussed on the phone, nor did he “like” or comment on the said topics anywhere.

For years, there have been rumors that Facebook is “spying” on the conversations of its users through the microphones on their phones, and using them to target advertisements.

For its part, Facebook has repeatedly strongly denied these allegations, insisting that they only serve ads based on user interests and other readily available data.

“We show ads based on people’s interests and other profile information — not what you talk about out loud,” Facebook said in a 2016 statement. sound. This could include recording a video or using an optional feature we introduced two years ago to include music or other sound in your status updates.”

Mark Zuckerberg himself, CEO of Facebook’s parent company Meta, has repeatedly denied these claims and described them as a “conspiracy”.

“You’re talking about this conspiracy theory that’s being spread that we’re listening to what’s going on on your microphone and using it for ads. We don’t do that,” Zuckerberg told a US politician in Congress in April 2018.

However, similar incidents have happened before. Regardless of whether Facebook is telling the truth, examples like these show how little trust users have in a company that knows so much about them.