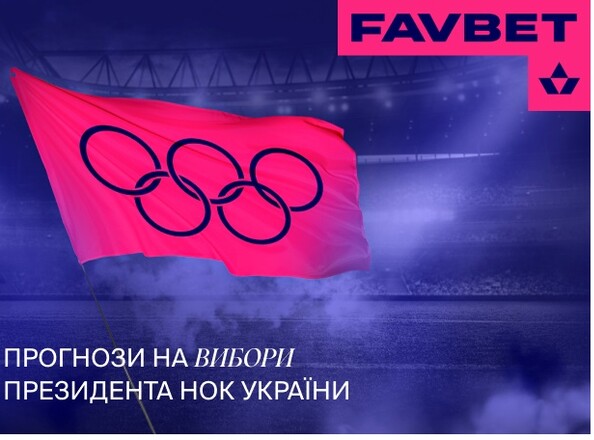 The international company FAVBET has opened a sweepstakes for the election of the President of the National Olympic Committee of Ukraine – one of the most dramatic sporting events this autumn, because for the first time in the last 17 years, the current head of the organization, Serhiy Bubka, does not participate in them.

Four candidates are now contending for the place of the outstanding Ukrainian athlete. FAVBET gives more chances to win to the Olympic champion, and now politician Jean Belenyuk, with a coefficient of 1.70, in second place with a coefficient of 1.95 is the current Minister of Youth and Sports Vadim Gutzeit. Least of all, bookmakers believe in the victory of Igor Malinsky, Director of the UNI for Special Physical and Combat Training and Rehabilitation, who received the highest odds of 35.00.

Elections of the new NOC President will be held on November 17 during the XXXVII reporting and election General Assembly of the NOC of Ukraine. Since 2005, the organization has been headed by Sergei Bubka, who was last re-elected to this position in 2018. This year, for the first time, he refused to put forward his candidacy for the next elections. At first, 4 applicants took part in the presidential race, but on November 11, biathlete and Olympic champion Elena Bilosyuk dropped out of them, who decided to support Jean Belenyuk.

The NOC Presidential Race is not the first time FAVBET has offered users to bet on events not directly related to the competition. So, in 2019, on the operator’s platform, it was possible to bet on the first steps of President Zelensky after the election, and now in the “Special Bets” section, sweepstakes are open for the winner of Eurovision, the return of Vladimir Klitschko to the ring, the name of the new Bond after Daniel Craig and a dozen others.

Fresh Content for Tower of Fantasy - Coming next week