Hideo Kojima: Would like to continue creating films and music

Players familiar with Hideo Kojima’s work will probably not be surprised that he is looking to expand his reach into movies and music. 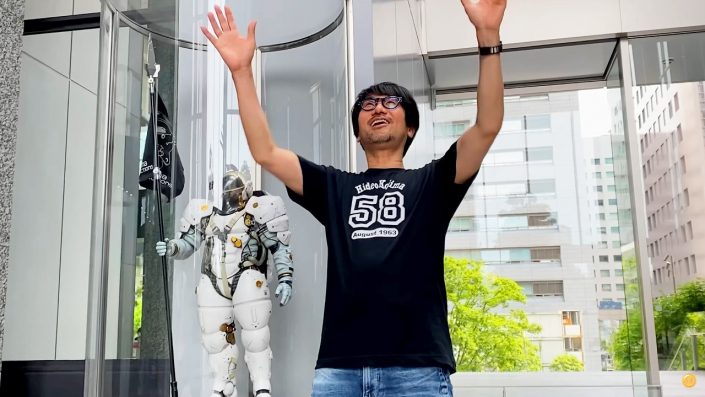 Although Hideo Kojima made his name primarily with the development of video games, his heart also beats for films and music. Such productions are to be taken up more intensively in the future.

sea VGC Kojima recently spoke at the Anan Awards in Japan, where he received top honors in the Culture category for “Death Stranding.” Speaking at the event, he explained that while he’s only focused on games so far, “everything is connected in digital works,” so Kojima “would like to expand from games to areas like film and music.”

Music is already an important aspect of his projects. The Death Stranding soundtrack features artists such as Chvrches and Bring Me The Horizon. The same goes for Low Roar, the music project of the late Ryan Karazija.

It’s also no longer a secret that Kojima is a film lover. On his English Twitter account, he emphasizes in the profile description: “70% of my body consists of films”, which, given the length of the cutscenes in his games, could hardly be denied.

In addition, last year Kojima Productions established a media division that will focus on film, television and music. Based in Los Angeles, she aims to work with “creative and talented professionals across television, music and film, as well as the well-known gaming industry.”

However, the extent to which Kojima will find time to produce films and music as well remains unclear at first. Because at Kojima Productions there are several games in the works.

The studio recently confirmed that Elle Fanning and Shiori Kutsuna will take on the lead roles in a yet unannounced game. And actor Norman Reedus, who played protagonist Sam Porter Bridges in “Death Stranding,” appeared in an interview published in May to confirm a sequel.

Lore and history of the world Atomic Heart

PS5 was the best-selling console in the US in October 2022, according to NPD data

Hamburg. Bindl withdrew from the first round match