Porsche is expected to unveil its first all-electric SUV in 2024, the Macan EV, which will be “the sportiest model in its segment”. That said, even though Porsche is delaying its launch for another year, the company is finally revealing some information about what we can expect from the long-awaited Macan EV.

Despite the initial hesitation in betting on complete electrification, mainly due to performance issues, this well-known German manufacturer left doubts in the drawer.

It all started with the launch of the electric Taycan, which has been a huge success for Porsche, with the company producing its 100,000th model last week. However, Porsche is not keen to slow down. So this car manufacturer intends to bet big on the Macan EV in 2024. In fact, according to the August reports, Porsche expects the production of its electric Macan to achieve the same, if not more, than its gas-powered counterpart. .

However, with Volkswagen CEO Oliver Blume at the helm, Porsche expects at least half of total sales to come from electric vehicles by 2025, something that could increase to 80% by 2030.

The launch of the Porsche Macan EV in 2024 will likely play a key role in all of this. 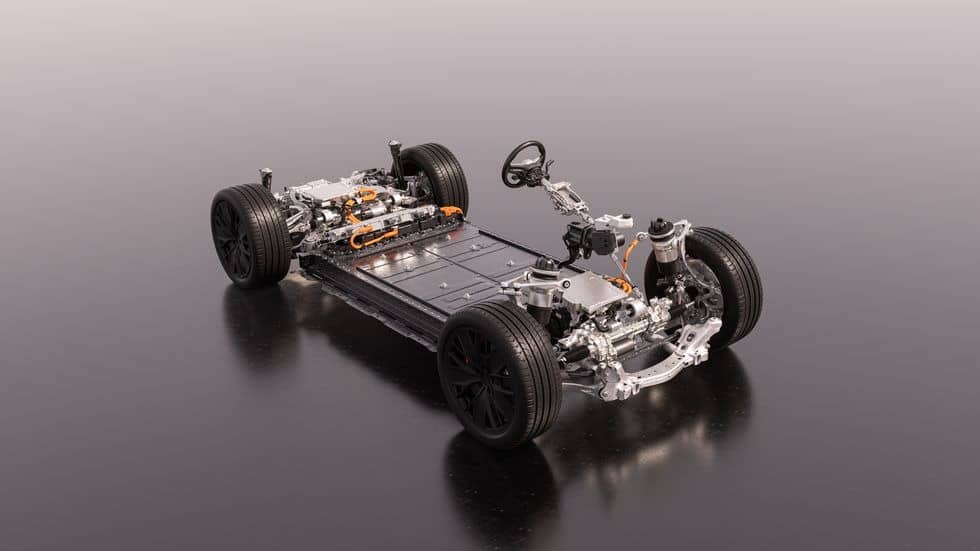 But what can we count on?

The Macan EV will be the first Porsche model to be based on the upcoming Premium Electric Platform. It is intended for electric vehicles and is jointly developed with Audi.

That said, this platform is prepared to use an 800V electrical system, while Porsche will use 100 kWh batteries. According to the company, this is the ideal size for a top and performance range.

Porsche also says it intends to further improve charging speeds (above the Taycan’s 270 kW). The goal is to achieve a charge from 5% to 80% in less than 25 minutes. However, the PPE platform will be developed for rear and all-wheel drive systems. Two liquid-cooled engines will produce up to 603 horsepower. Porsche will also switch from silicon semiconductors to silicon carbide, which is better suited for higher-powered models.

The rear engine is behind the rear axle, like the 911, in what Porsche calls its Performance Rear Axle.

Deliveries of the Macan EV are planned for 2024, with Porsche targeting an official launch in late 2023 or 2024 as it finalizes the tuning.

Gears of War, the movie: the creator of the game absolutely does not want Chris Pratt in the Netflix cast