Superman, crooks steal and sell demo in Unreal Engine 5 on Steam without Valve saying anything

Scammers have stolen the demo of a hypothetical game of Superman made by Tyson Butler-Boschma with theUnreal Engine 5 putting it up for sale on Steam for around € 10, without Valve having done anything to block them. The author is waging a lone battle to get the fake game removed from sale, but for now, he’s still there. It has been so since 1 November 2022, to be precise, that is, for fourteen days. 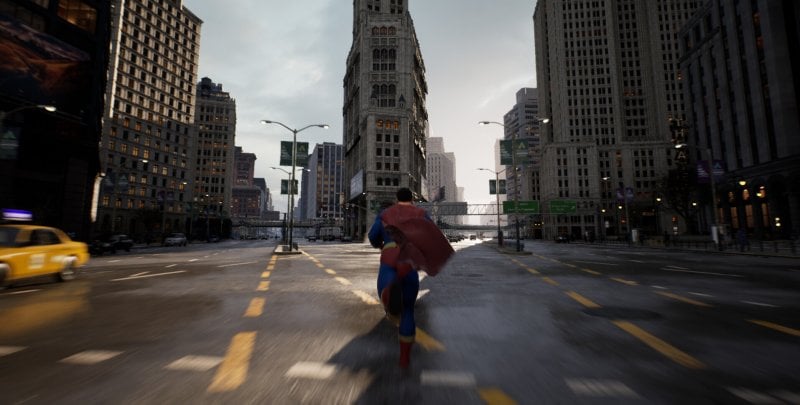 The demo offered for sale on Steam

Of course we won’t be providing you with links to the game, because we don’t want to support similar operations in any way, worse than piracy itself, but it’s amazing how Valve hasn’t done anything about it yet.

The demo it had been uploaded to itch.io, where it is still available and can be downloaded for free by all. Tyson simply wanted anyone to try it, given the general interest. However, someone must have smelled the deal and reloaded the demo on Steam, putting it up for sale in his name.

Tyson filed a DMCA with Steam on November 7, 2022, but Gabe Newell’s company has not yet responded. To make matters worse, scammers started sending violent and abusive messages to Tyson, bombing his DCMA YouTube channel. The scammers claim that Tyson worked for them and that he wanted to keep the game to himself. But Tyson never demanded money for the demo and even now he simply wants people not to be scammed by paying for something he makes that is available for free.

At present the real problem is that Tyson cannot dispute the DMCA, unless you provide your personal data to YouTube and the scammers. Basically, asserting your rights would be equivalent to providing not only name and surname, but also address and telephone number to those people, with all the possible repercussions of the case.

For those wondering, Tyson proved to be the author of the demo, showing the download data from itch.io and other elements that make it beyond any doubt.

Meanwhile the scammers are actively removing comments from the game page to continue selling it.

It remains a mystery why Valve has not intervened yet (we have already said it, but it is better to repeat it), since verifying Tyson’s words is really very easy. Indeed, it is not clear how he allowed the sale of a demo on Superman without being presented with any license.

Asus reveals when Android 13 arrives on its compatible smartphones

When does eFootball 2023 Season 2 start? The Football Festival is coming

The network leaked a complete walkthrough of the horror The Callisto Protocol, which took 15 hours

“50% less views”: Plummeting stats for the Player of the Attic on YouTube