Task Manager gets search and easy access in Windows 11 – Aroged 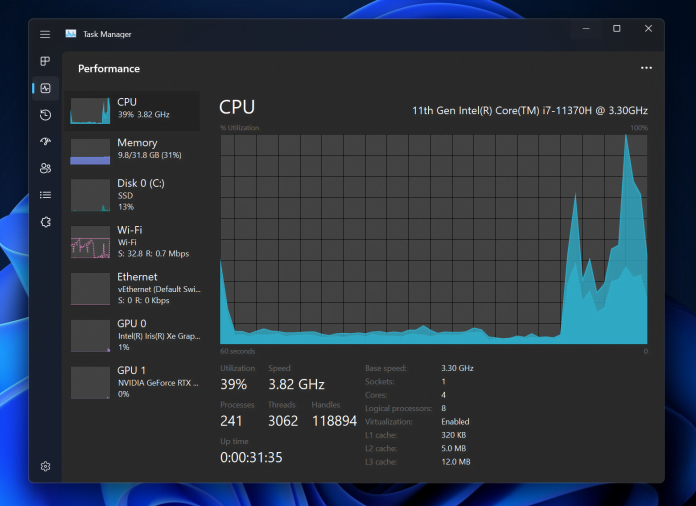 Not everyone is a big fan of Windows 11. Microsoft heard the complaints and is now adjusting the task management, among other things.

In September, Microsoft released a major update for Windows 11. That 22H2 update, as it is called, contained a lot of changes that should make Windows 11 more secure and increase the ease of use. The important task manager application also underwent some adjustments.

It is immediately noticeable that the task manager has been given a different look compared to Windows 10. The entire application has been converted to the new Windows 11 design language. That in itself is not a problem: task management can look pretty nice. However, it is mainly other changes that have attracted attention. For example, with the transition to Windows 11, the context or right-click menu from the taskbar disappeared. Suddenly, a quick and convenient way to open the task manager is missing.

Task management itself now also gets a function that was strangely enough not yet built in: a search function. So it is no longer necessary to scroll through a lengthy list of processes to terminate one. By simply typing in the name or ID of a process, it will be filtered from the list. In addition, it becomes possible to disable pop-ups when you want to use applications in efficient mode and it becomes possible to set the dark mode for task management separately. So Task Manager no longer needs to follow the system theme. The dark mode settings will be synced with your Microsoft account so you don’t have to set whether you want the application light or dark every time.

The right-click menu on the taskbar should also make its return. Still, that’s not the best way to open the task manager. The most well-known way is undoubtedly the key combination ‘Ctrl + Alt + Delete’, and then click on to task manager from there. Task Manager can be accessed in two other, faster ways, eliminating the need for the right-click menu:

Press the Windows key and the ‘x’ key at the same time. A menu will appear. From here you can select ‘Task Manager’. Another option is to touch, within this menu, the key whose letter is underlined. For task manager this is the letter ‘t’. The key combination ‘Ctrl + Shift + Escape’ immediately opens the task manager, without any further steps being required.

These handy shortcuts can be used in all versions of Windows.

The task manager update is currently available to testers of Windows 11 build 22623.891. For regular users, it is not recommended to test these early versions of the operating system. When the update makes it into the regular Windows updates, it will have to be seen when it’s that far.

Beat the Russians, but did not reach the final. Ukrainian performed well in Spain

Football Manager Simulator We Are Football Gets National Teams DLC

Chromecast with Google TV on sale before Black Friday

The creator of Mario and Zelda reaches a symbolic milestone, back to a key Nintendo figure