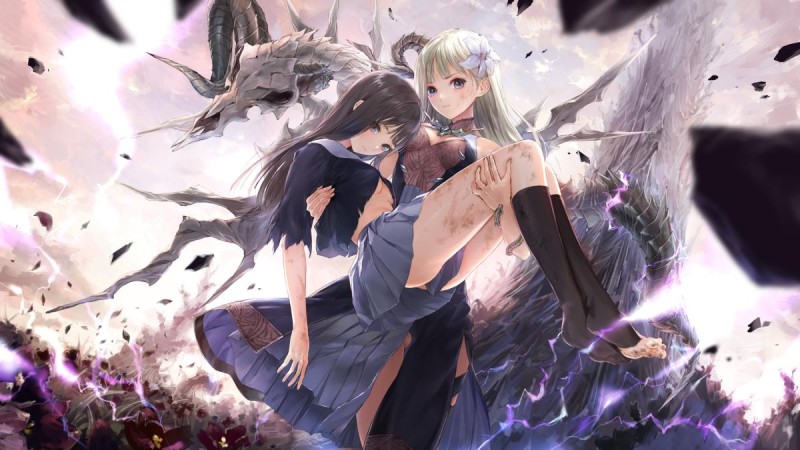 The Blue Reflection series has always featured an all-female cast, but the upcoming Blue Reflection Sun is changing that element. DMM and Koei Tecmo have released new illustrations by character designer Mel Kishida and another teaser trailer that reveals that the game features a male protagonist who plays the role of the player’s alter ego.

This isn’t too surprising given that Blue Reflection Sun is a mobile gacha game that’s also coming to PC. Waifu games like Azur Lane or the recent Goddess of Victory: Nikke tend to have a non-fighting hero who rounds up the ladies and sends them out to fight.

However, this is the first time a male protagonist has taken the stage in a traditionally female series like Blue Reflection.

At the moment, it is not known whether this will be an exclusively male version, or if, by analogy with Fate / Grand Order, a female alternative will be presented.

In addition to the new hero, we will also see the Eroded form of eight girls. If you haven’t been following the news about this game, then this is the form that girls take when mutated under the influence of “Ash”, manifesting supernatural abilities. By transforming into Eroded, they can use all their powers.

The game will be a free-to-play “heroic JRPG” with the usual optional microtransactions (meaning traditional gacha as mentioned above) that will be released at some point in the future for iOS and Android.

At the moment, there is no information about whether the game will be released in the west or localized into English. We’ll have to wait and see.

The group stage of The International 2022 for Dota 2 has ended, broadcasts of playoff matches will begin on the morning of October 20