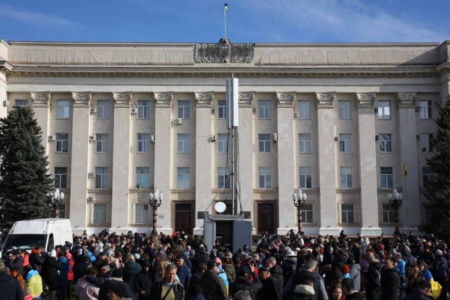 Almost immediately after the liberation of Kherson from Russian invaders, Ukrainian business began to return to the hero city. Cellular operators announced the resumption of the Ukrainian network in Kherson.

Thus, the Kyivstar operator announced the inclusion of 4G base stations in Kherson. In the future, the company still has a lot of work to do in order to fully restore communications in the de-energized city.

Vodafone Ukraine also spoke about the resumption of operation of base stations in Kherson. This required the construction of an almost “new” network for the city.

As the First Deputy Prime Minister – Minister of Digital Transformation Mikhail Fedorov additionally noted, to restore communication in Kherson, operators use Starlink generators and satellite terminals. The relevant equipment was transferred to the de-occupied city and other liberated settlements.

Xbox and its community: Microsoft took action on 7.3 million breaches in 6 months

The Walking Dead: This happens in "Family"

Atomic Heart: the new video introduces us to the monstrous enemy robots

Sonic Frontiers: The launch trailer confirms that it is available on PC and consoles

Aroged: Tesla Semi trucks are equipped with a set of cameras necessary for the operation of the autopilot