Victim of a lifetime contract. Is Povoroznyuk right when he fired Lavrinenko?

More than six years of cooperation between Sergei Lavrinenko and the Ingulets football club ended the day before. The president of the club from Petrovo, Alexander Povoroznyuk, announced the decision to say goodbye to the head coach due to the fact that “patience once ends.”

What Povoroznyuk had in mind is easy to understand if you simply look at the standings of the Ukrainian Premier League, where Ingulets takes the last place. However, the current act of the president of the “red-yellow” is very resonant with his previous numerous statements about the future of Sergei Lavrinenko in the club.

Starting from 2019, when Inhulets, who were still playing in the First League, sensationally made it to the Ukrainian Cup final, where they still lost to Shakhtar, Povoroznyuk tirelessly repeated the same message for the press and fans – Lavrinenko has a lifetime contract with “Ingulets”. Only the wording has changed, for which the president of the club from Petrovo is very inventive – from “life imprisonment” to “you won’t wait for the completion of Lavrinenko’s contract with the club.”

With Lavrinenko, who headed Ingulets in the summer of 2016, the team from Petrovo really reached significant heights – in fact, all its most significant achievements in history are associated with the person of this specialist. Therefore, it is not difficult to understand the logic of Povoroznyuk’s previous statements – the head of the club was literally fascinated by the results of the head coach’s work, and in view of the emotional nature, he did not hide his thoughts and plans for the future, which seemed to him certainly bright. 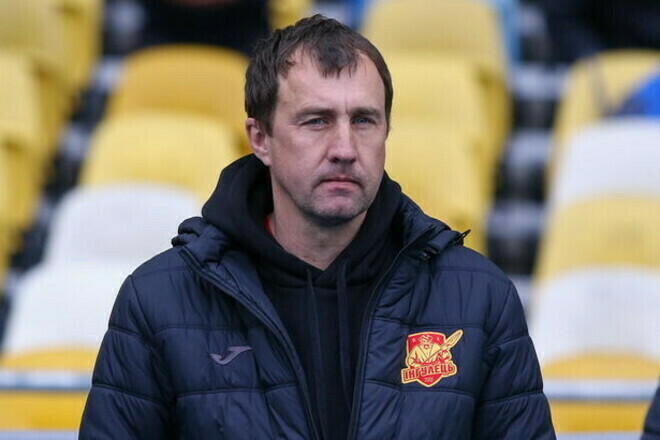 But by November of this year, Ingulets really did not come up in the best situation. The team was stuck in the basement of the UPL standings, and at the start of the season it even gave out an indistinct 9-match losing streak, which was interrupted only on November 8 with a sensational victory over Zorya (1:0). However, already in the next round, the Petrov team lost to Metalist 1925 (1:2), and Lavrinenko was dismissed …

If we assess the situation superficially, then there could be no other solution than the dismissal of Lavrinenko from the leadership of Ingulets in the current situation. However, after Povoroznyuk’s statements about a life-long contract, there was nothing in the public plane that would indicate the growing dissatisfaction of the management with the results of the team. Perhaps, in tete-a-tete conversations, the boss conveyed his position to Lavrinenko, giving a certain number of games to correct the situation, after which he tritely fulfilled the conditions of a personal agreement with the coach, but after Povoroznyuk’s previous public statements about his coach, the current the decision of the president of Ingulets looked at least unexpected.

Another question is what specifically turned out to be dissatisfied with the leaders of Ingulets, for which Lavrinenko paid with his work … With the result in the UPL? Yes, here the Petrovites did not stand out with a plus sign, but they did not have a tendency to a critical break away from the rescue zone. Moreover, according to a number of additional indicators that should be analyzed during an in-depth study of the issue, Ingulets was at the level of previous seasons …

For example, in terms of ball possession last season, Ingulets was in the top 3 worst UPL teams with a figure of 43.1%. In the current championship, the Petrovites are still demonstrating exactly the same figure of 43.1% of possession, which puts them in last place in the corresponding rating along with Minai. It is hardly possible to talk about global deterioration. The same applies to a number of other statistical aspects – for example, the dribble rate, where Ingulets was the worst in the UPL last season (301 dribbles for an unfinished championship), and remains the same this season (155).

In other words, stylistically “Ingulets” did not change under Lavrinenko for a long time. It was a team that found it easier to play against the leaders and those who aspire to the European Cup zone than against opponents from the bottom half of the table. Because with the first one it was possible to try to act in a favorite manner – with a layered defense, a minimum of free zones at one’s own goal, and attempts to hit the opponent’s goal in counterattacks or with standards. This style brought success to Lavrinenko and Ingulets in the ever-memorable Ukrainian Cup, and on the whole it justified itself even after the team’s promotion to the Premier League. And the leadership, headed by Povoroznyuk, was fine with this, otherwise they would not have made such loud statements about a life contract. 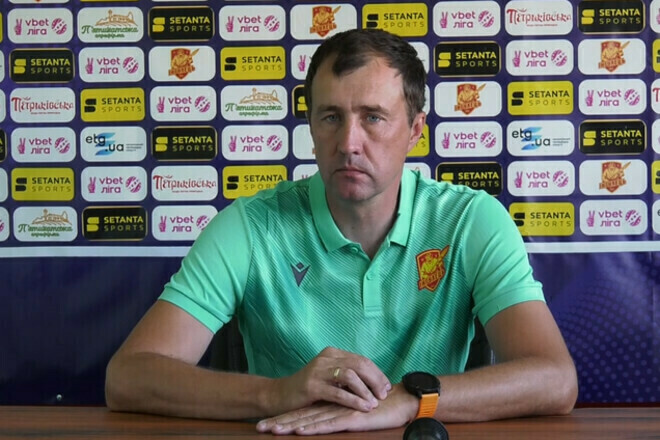 Of course, Lavrinenko can be reproached for the fact that for so many years he could not make Ingulets a more attacking, or, so to speak, more playing team. But for this, a specialist would need to have at least 3-4 really high-level football players at his disposal, who are prone to creative work with the ball and who can convert the freedom of creativity into a result. But with this, Ingulets almost always had problems in recent years …

If you look at Wyscout, we will see that the name of only one Ingulets footballer is regularly present in the top 30 of such statistical columns as “passes through”, “key passes”, “long passes”, “advance passes”, “passes in the last third. We are talking about the 28-year-old team captain Yevgeny Zaporozhets, who is really the leader and think tank of the Petrovites. All the rest either show themselves only occasionally, after which they plunge into darkness for several rounds, or they don’t look competitive at the UPL level at all.

The creation and completion of attacks is generally the scourge of Ingulets. In the current UPL season, the Petrov team have the lowest total expected goals among all teams in the tournament – 9.05xG. At the same time, the average xG of one hit for the former wards of Lavrinenko is also the minimum for the entire league – 0.095. Ingulets’ average shooting distance is 19.24 meters (last season this figure was 18.16 meters), while its rivals have 17.66 meters. Moreover, in terms of the average number of touches of the ball in the penalty area for 90 minutes, the Petrovites outperform three other UPL teams at once – Lviv, Metalist 1925 and Metalist. It is also symptomatic that the best goalscorer of Ingulets at the moment is 19-year-old left-back Artem Smolyakov, who scored 2 goals in 9 matches …

Personnel problems are, perhaps, the key aspect of the current failures of Ingulets. The team, in fact, does not have quality players in the center of attack, and among the wingers, the competition is more likely only nominal than one that would help progress. But in October last year, Povoroznyuk said that he was ready to change 80% of the composition, but leave Lavrinenko. As a result, in the summer, the Petrovites really had a serious personnel “cleansing” with a 50-55% renewal of the composition, but do not forget that due to the start of a full-scale phase of the Russian-Ukrainian war, almost all UPL participants were forced to make such changes, and therefore it is hardly worth singling out “Ingulets” here. 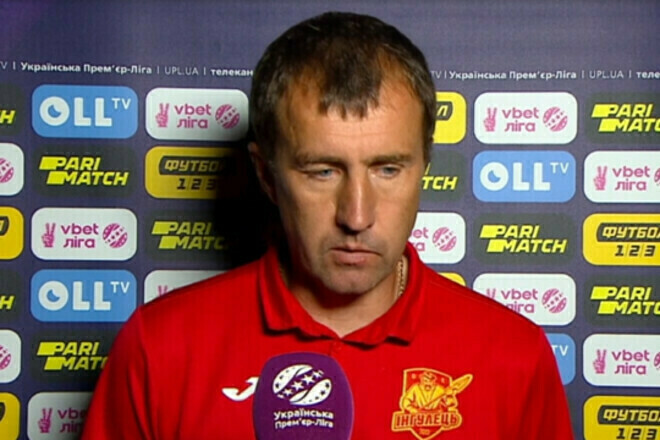 It is also important that the Petrovites had problems with the attack last season, when the team’s best goalscorer had the same 2 goals scored as Smolyakov now has. But what did the club do in the summer transfer window? He signed only one Maksim Marusich to the center of the attack, who had been without a team for more than six months … As a result, the newcomer scored 1 goal in 10 matches, and his nominally only competitor in the position Artem Sitalo did not distinguish himself in 6 fights with one effective action.

Why in “Ingulets” they conducted personnel work in this way – a question for Povoroznyuk and Lavrinenko. If the head coach was really satisfied with two forwards of approximately the same class and style, and was also content with wingers, whose creativity in recent years left much to be desired, then the current decision of the club’s management is entirely justified. If, due to some circumstances, the mentor simply could not ensure the proper strengthening of the team in the summer, then it was hardly worth removing him from his post on the eve of the winter break, when one could try to turn the tide.

It is also surprising that Lavrinenko, in fact, leaves alone. In the near future, the ex-assistant of the former coach Mladen Bartulovich will lead the team in the status of acting head coach. Probably, other former assistants to Lavrinenko will also keep their jobs – Sergey Taran, Bogdan Shust, Vladislav Lupashko. The last two, like Bartulovich, only at the beginning of this year completed active performances in football and switched to coaching. Perhaps even then Povoroznyuk was planning some changes, allowing the youth to stay “under the wing” of the much more experienced Lavrinenko for a certain time, so that then she would try to get out of the shadows.

But it is unlikely that the conditional Bartulovich, Shust or Lupashko will be able to qualitatively turn the tide for Ingulets in the near future. Of course, if the management is only interested in the result, then some cosmetic changes can help to “survive” somewhere, “torturing” somewhere, and somewhere to “suffer” points, but all this will be the same test for patience, which Povoroznyuk remembered when parting with Lavrinenko.

Changing the coach right before the “wintering” in the UPL is a rather bold step, but also risky. It was definitely worth going for it only if a new coaching staff is formed in the January transfer window, with full carte blanche and the possibility of carrying out high-quality personnel work in the market. Then a large-scale reformatting can help Ingulets take a confident step forward in development, and this is the only thing that, in fact, Lavrinenko has not been able to provide in recent years. In any other situation, Povoroznyuk is at great risk of becoming a hostage of his emotions, because the former mentor one and a half times (a convention caused by the early completion of the last season) successfully solved the main task of maintaining a residence permit in the elite for Ingulets, but will the Petrovites with and .about. head coach Bartulovich or someone else – a question from the category of difficult to predict …

The Game Awards 2022: God of War Ragnarök dominates - the nominees at a glance

Introduced a trailer for the release of Call of Duty: Warzone 2.0, preloads on Xbox are already starting

Crypto: Elon Musk causes an avalanche of 169 shitcoins because of a tweet