Wo Long: Fallen Dynasty, a new demo could arrive, perhaps also on PC, PS4 and Xbox One

Team Ninja could make a new one demo from Wo Long: Fallen Dynastyin such a way as to give the opportunity to more players to try the title before its debut in stores or to test the improvements made thanks to player feedback.

As you probably remember, a demo of Wo Long: Fallen Dynasty was released in September, but it was limited time and available only on PS5 and Xbox Series X | S, which means gamers on PS4, Xbox One, and PC haven’t had a chance to experience the game. Team Ninja developers are also aware of this, and are currently considering the idea of ​​publishing a new free trial version.

“We know that many Japanese gamers have not been able to try the Wo Long: Fallen Dynasty demo as it is still difficult to find PS5 and Xbox Series X | S in stores and we believe that the situation is not that different in other countries, so we realize that many fans would like to try the game, but can’t, “said producers Fumihiko Yasuda and Masaaki Yamagiwa.

“We are currently considering giving players on other platforms a chance to try Wo Long: Fallen Dynasty ahead of its release, but there isn’t much more we can say about it for now.” 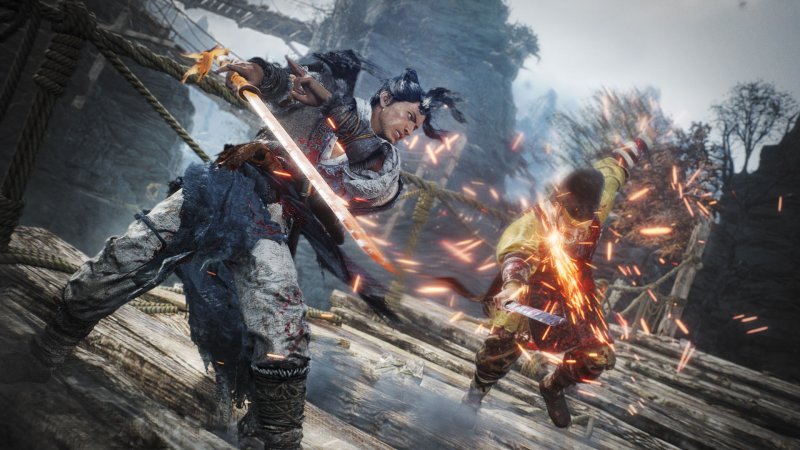 During the interview, Yasuda and Yamagiwa also talked about the critical issues of the September demo and the feedback received from the players.

“Before the demo launched, we focused on the core mechanics of the game, such as the morale system and mechanics for deflecting attacks, and we felt we had reached a good point with them. health or timing of parries somehow we had anticipated, as we mainly focused on core game mechanics and left tweaking other aspects for later, which we would have liked to do for the demo, but in the end we didn’t. we succeeded. We believe we were able to come up with a good demo to showcase these core mechanics, so from now until launch, we will focus on improving and optimizing the elements highlighted in the survey along with other aspects that the team has noticed. ”

In the same interview we learned that Wo Long: Fallen Dynasty will be a more open game than Nioh and that it will support DLSS but not cross-play between different platforms.

Google Chrome gets new Material You design, see what changes

The price of the Google Pixel 6a explodes just before Black Friday!

2023 is going to be strange for the world of processors!