A member of the infamous LockBit ransomware gang has been arrested 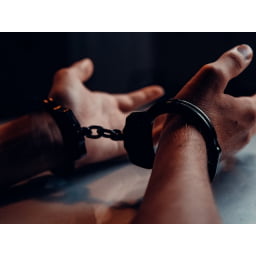 If convicted, thirty-three-year-old Vasiljev faces a maximum sentence of five years in prison and a fine of up to $250,000. Vasiliev is currently in Canadian custody awaiting extradition to the United States.

Canadian police raided his home twice, first in August 2022 and then again in October. An initial search found screenshots of encrypted messages exchanged with user “LockBitSupp” (believed to be short for “LockBitSupport”) and login details belonging to employees of a confirmed LockBit victim from January 2022.

During a second search, police found a file on his laptop titled “TARGETLIST” (believed to be a list of potential or actual victims), as well as an open browser tab on a site titled “LockBit LOGIN.”

Authorities also used Vasiliev’s Bitcoin holdings to link him to the LockBit ransomware.

LockBit ransomware blocks victims’ computers, holding their data “hostage” under the threat of being published on the dark web if a ransom payment is not made. Since its discovery in January 2020, LockBit has become one of the most active ransomware in the world. LockBit is responsible for around 44% of all ransomware campaigns so far this year.

The LockBit gang demanded at least $100 million in ransom, and the group managed to extort tens of millions of dollars from victims.

Earlier this year, several smaller cities in the US were attacked by LockBit, and the cybercriminals demanded a ransom of $200,000, threatening to publish the stolen data of the residents of these cities.

“This arrest is the result of more than two and a half years of investigation into the LockBit ransomware group, which has harmed victims in the United States and around the world,” said Deputy US Attorney Lisa Monaco.

Photo by Kindel Media from Pexels

Target point! Smartphones and tablets from OPPO and Xiaomi, special discounts for the end of the year.

Superman in Unreal Engine 5: Scammers put UE5 demo up for sale on Steam

God of War Ragnarok: the new update has been released on PS4 and PS5, here is what it changes

Tunisia's bid for the 2022 World Cup has been revealed

COD Warzone 2 coming: what are the minimum and recommended requirements on PC?

Keystone: Xbox streaming box fails for the time being because of the price