AMD gambled on chiplets for performance, and money

Some time ago, we explained why AMD managed to catch up, and even surpass Intel, at a time when the great rival of ‘Core’ processors was ‘stuck’ to the 14nm process. In a nutshell, AMD decided to build processors from multiple parts, rather than creating a processor from a single part.

At the time I used the example of building a house brick by brick, rather than carving that same house out of a single block of cement.

Well, this allowed AMD to reach other levels of performance, and even mix components from different production processes, in the exact same product. Which is clear, means a very significant saving of resources (read… Money!).

Well, AMD has decided to go back to explaining what it’s been doing, since the chiplet strategy will now also reach the world of graphics cards. An essential strategy for AMD to remain competitive against what NVIDIA has to offer.

AMD gambled on chiplets for performance, and… for the money

Therefore, in an explanation and clarification of what we will be able to find in the Radeon RX 7900 XT and XTX cards, AMD decided to talk a little about its Chiplet strategy, and how that same way of doing things has changed, and evolved, in its new cards graphics RDNA3.

Well, this bet on chiplets by AMD… It is increasingly a way to escape the increase in production costs in the world of chips.

Especially in the graphics cards part, because compared to the CPU business, or of course compared to NVIDIA, AMD doesn’t have a significant sales volume.

Therefore, the watchword has always been cost containment. This at the same time that it was necessary to launch a product capable of stepping up to the new generation of RTX 40 graphics cards.

This is where the advantage is! 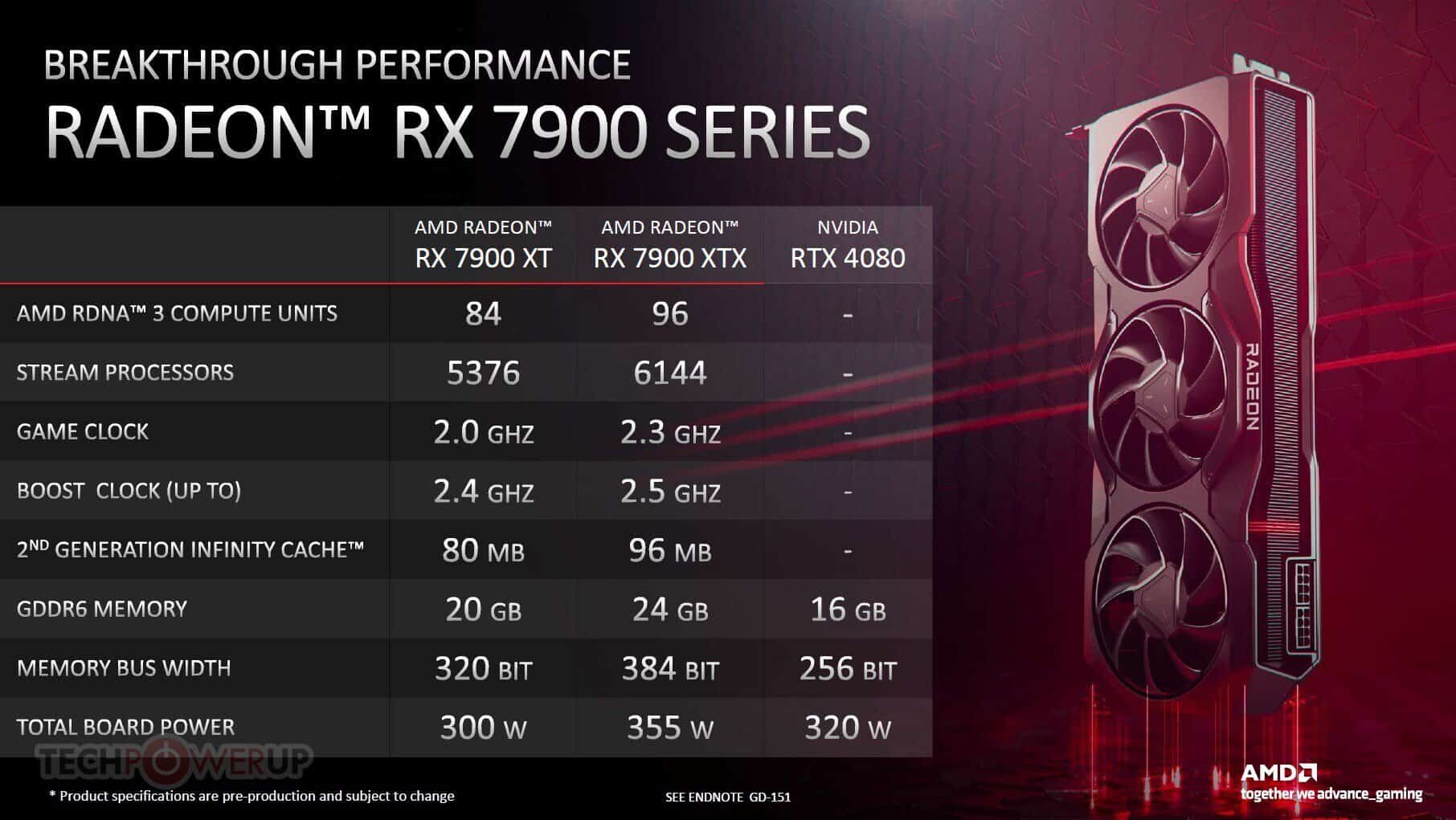 While NVIDIA continues to bet on monolithic GPUs (all made from a single piece), AMD bet everything it had on a chiplet design, or MCM (the joining of several parts to give rise to a processor).

This explains the price that AMD is able to make, in the middle of a production crisis (the chip crisis is still doing its thing, because prices have not come down). After all, while NVIDIA launched cards at 1200$ and 1600$, AMD opted for the 899$ and 999$ prices.

How does this work?

Well, AMD identified the graphics card components, more specifically within the GPU, that could be produced from less advanced processes. This is to save a few bucks.

That is, while the processing units are made from TSMC’s 5nm process. Everything else, like the memory controller, GDDR6 memory chips, and Infinity Cache, are made on other production lines.

To get an idea of ​​the savings, we can look at what AMD has done in the Ryzen 5000 range. More specifically on the Ryzen 9 5950X with 16 cores and 32 threads. According to the manufacturer, if the 5950X were made from a single piece of silicon, the processor would be 2.1x more expensive. Instead, AMD chose to use two 7nm CCDs, each with 8 cores, a 12nm I/O. Went well!

Call of Duty also in the future on the PlayStation? Xbox Boss Spencer Gets Clear Like Never Before!

Company of Heroes 3: Rated in Taiwan for Xbox Series X|S and PlayStation 5