Black Box is a new secret military project of the Main Intelligence Directorate of the Ministry of Defense with the Turn Back Alive Foundation, which hurts Russia – Aroged 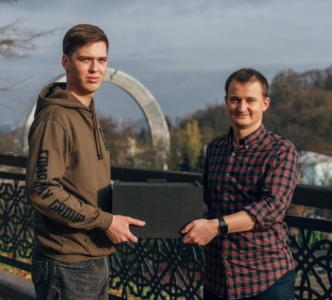 The Main Directorate of Intelligence of the Ministry of Defense of Ukraine and the Fund for Competent Assistance to the Army “Turn Back Alive” implemented another joint Black Box project – in October, philanthropists purchased and donated equipment worth UAH 40 million to intelligence, capable of reducing Russia’s offensive potential. The day before the official announcement, this collection was teased on social networks by the head of the Foundation, Taras Chmut, and well-known activist Igor Lachenkov.

Black Box is a secret military project. The Main Intelligence Directorate of the Ministry of Defense cannot disclose the details of cooperation, but intelligence notes that in October alone, this initiative helped inflict millions of dollars in damage to Russia. Also, the head of the GUR, Major General Kirill Budanov, noted that this mysterious equipment can significantly reduce the offensive potential of Russia.

Today Igor Lachenkov and the Turn Back We Live Foundation announced a new large fundraiser to scale up the Black Box project. The goal is 230 million hryvnia. Those who wish can donate hryvnia to corresponding bank of mono. The collection started around noon, and by the time of writing the news, they had already collected 14,143,770.25 ₴. It is also possible and necessary to donate to the usual accounts “Turn back alive”). All money transferred to the “Turn back alive” general accounts before 11:30 tomorrow, 11/16/2022, will also be credited to the “Black box”. We are promised that the results of this equipment will be exactly in the news.

Black box is not the first and, obviously, not the last joint project of the Main Directorate of Intelligence and the Turn Back Alive Foundation. In particular, at the end of July, the Fund, under an agreement for $16.5 million, purchased three Bayraktar attack drones, auxiliary equipment and ammunition for the Armed Forces of Ukraine, and in August officially signed a memorandum on further partnership with Baykar in Istanbul. You can also recall the mysterious October announcement “Come back alive” and the GUR – the general project of the long-range weapon “Bavovna near Moscow”.

Ukroboronprom is teasing a kamikaze drone with a flight range of 1,000 km and a warhead of 75 kg, and Turn Alive and the GUR are a joint long-range weapon project Bavovna in Moscow