Tomorrow, November 16, the time has finally come and Activision will release the Battle Royale mode Warzone 2.0 for Call of Duty: Modern Warfare 2. The upcoming release will be duly celebrated with a big trailer. 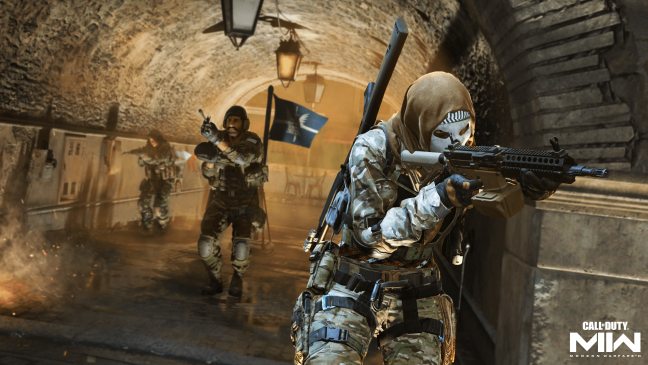 Even if you can accuse Call of Duty: Modern Warfare 2 of a lot, the success proves Activision and Infinity Ward right. Not only does it mark the most successful launch of the series in its history, other sales records are also being continuously broken. And this despite the fact that the ranked mode is not even in the game and there were other technical problems.

The developers have not yet sent their biggest cash cow into the race. Because Warzone 2.0 will not be released until tomorrow, November 16th. Together with the Battle Royale mode, the DMZ game variant is also to be released, which is not without reason reminiscent of the hardcore shooter Escape from Tarkov. They are now celebrating the upcoming release with a new trailer and bringing out the heavy artillery as usual.

The video is musically accompanied by the song “Free Bird” by Lynyrd Skynyrd and it fits perfectly with the scenes shown. Every second something explodes, projectiles whiz through the area and fights take place on water, on land and in the air.

According to current planning, the exact release time of Warzone 2.0 is November 16 at 5:00 p.m. German time. The original Warzone will then go offline for the time being so that you can fully devote yourself to the successor. It’s coming back on November 28 as Call of Duty: Warzone Caldera.

Steam: New sale is online - these game deals are now waiting for you

The final file size of God of War: Ragnarok on PS4 was over 118 GB