Deciphered the Morse code in Sumeru Birdsong in Genshin Impact 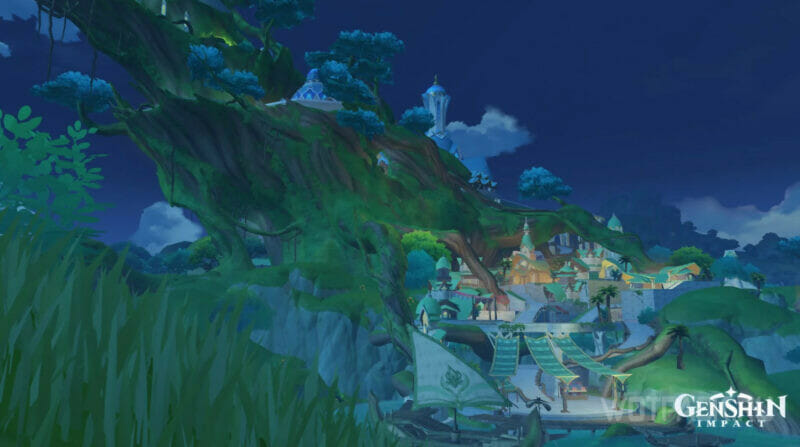 The archives in Genshin Impact state that the dusk bird Sumeru was once intelligent enough to learn human speech and even learn to read. The jungles of the region are full of birds that almost never stop singing.

Observant players drew attention to the unusual sound of “nature songs” and noticed certain words in the chirping of birds, encrypted Morse code. The community was able to identify the following combinations:

SARVA – a word in the language of aranar, which means Irminsul – a tree that is the root of Dendro’s power and the storage of all information and memories of Teyvat.
OK is the code name for a series of weapons that includes Tignari and Nahida’s signatures, the Hunting Trail bow and the Dream of a Thousand Nights Catalyst.
DESHRET is the name of King Deshret and the code name for a series of weapons for Nilu, Saino and Dehya – the sword Key of Hajj-nisut, the spear Staff of Crimson Sands, and the upcoming two-handed sword shown in the animation.
MIHOYO – the name of the development company.
DAWON – the meaning of this cipher is still unknown, probably a code word associated with upcoming updates.

Basically, all the words are related to the storyline of the game, refer to the creators, or to hidden files (like weapon codenames). Birdsong has been in the game since the release of Sumeru and hinted at upcoming updates.

Share in comments, whether you noticed such unusual sounds of nature and what other references you met in the game. Read other interesting articles in the relevant section of our website.

Match Veres - Dynamo will be held in Kyiv. This was requested by the Rivne club

Twitter: Android brands will no longer be able to ridicule themselves by tweeting from an iPhone…

God of War Ragnarok: spoiler images have spread on the net, be careful!

Out until January. France goalkeeper out of 2022 World Cup