Today Paradox Interactive and Colossal Order kick off the first leg of the “Cities: Skylines World Tour”. The releases feature content creator packs inspired by different regions around the world. 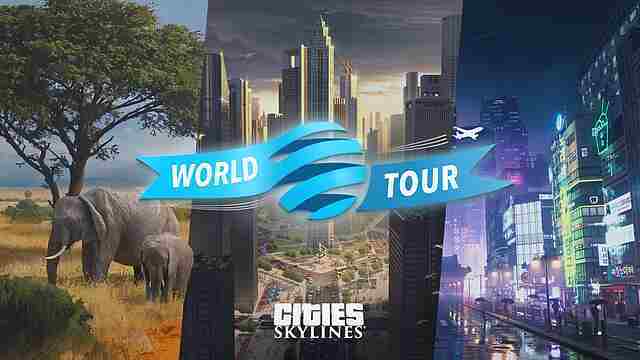 Two Content Creator Packs, two radio stations and a free update for all players are now available for PC, Xbox One and PlayStation 4.

Heart of Korea Content Creator Pack von Elvis: Inspired by a South Korean metropolis, this pack introduces 60 assets including service buildings, expandable and ten unique structures. Heart of Korea has a suggested retail price of $5.99.
Skyscrapers Content Creator Pack von Feindbold:Players will enjoy more than 15 skyscrapers influenced by iconic skyscrapers from around the world. Skyscrapers is available at a suggested retail price of €5.99. *The radio stations “K-Pop Station” and “’80’s Downtown Beat”** are available for download and separate purchase for a suggested retail price of €3.99 each.
The free update roads & vehicles adds free content to both the base game and the three expansions After Dark, Snowfall, and Plazas & Promenades. Content includes: Vehicles of different capacities, such as buses and trams, as well as types of multi-lane roads, railroad tracks and bike lanes.

Indiana Jones: According to Todd Howard a

Game of the Year: How important is this title?

When will Elder Scrolls 6 be released? Bethesda boss speaks up