Leonid KUCHUK: “It was a very difficult game against Minai” 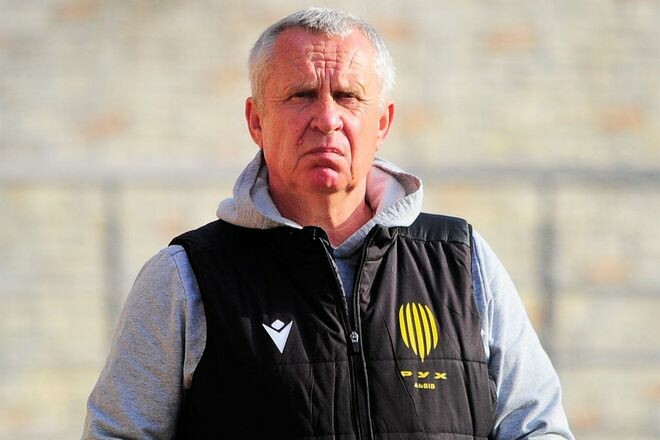 Mentor of the Lvov “Rukh” Belarusian specialist Leonid Kuchuk summed up the results of the meeting with “Minaj”.

“If the score is a draw, it means that the game is equal. I suppose so. Scored one point, move on.

We have losses. In the last game, two fractures – yes, by accident. That’s why there are problems. Didik on crutches – plaster. Bright – two broken ribs. The third Boychuk is the meniscus. What other questions might there be? But we play rough, and at the same time we have fractures, while the opponents do not have fractures. I’m not hinting at anything, but it turns out something like this …

It turned out to be a very difficult game against Minai in psychological terms. We have a young goalkeeper, a young defense line. But the guys are great. They showed themselves well during the match – as a team.

We have now dropped the entire defensive line. I understand that this year we will finish the game, you know what year of birth? 2006-2007 Well, nothing … We know how to make players players and guys into men, real men. Today we entered the field as guys of 18-19 years old, and they are men. And I really like it. Because we have a different way – to make football players out of the guys. I have made many like this,” Kuchuk said.

Recall that the game “Rukh” – “Minaj” ended in a draw.

November TOP500: no change on the exascale front again

Vyacheslav KRAVTSOV: "Iceland is a very uncomfortable opponent for us"