After about ten years, Felix “PewDiePie” Kjellberg is no longer the single creator on YouTube with the most subscribers. The top step of the podium goes to Jimmy “MrBeastDonaldson who surpassed PewDiePie by about a few thousand subscribers, precisely by going over 111,847,000 subscribers.

We remember that PewDiePie He kicked off his channel in April 2010, uploading “Let’s Play” style videos about action and horror games like Amnesia: The Dark Descent from Frictional Games and The Last of Us from Naughty Dog. He quickly rose to prominence, becoming the single YouTuber with the most subscribers on the platform in August 2013.

The Verge called PewDiePie the king of YouTube in 2014 and has since amassed around 111 million subscribers, producing more and more types of content. MrBeast, however, surpassed PewDiePie’s subscriber count on November 14th. 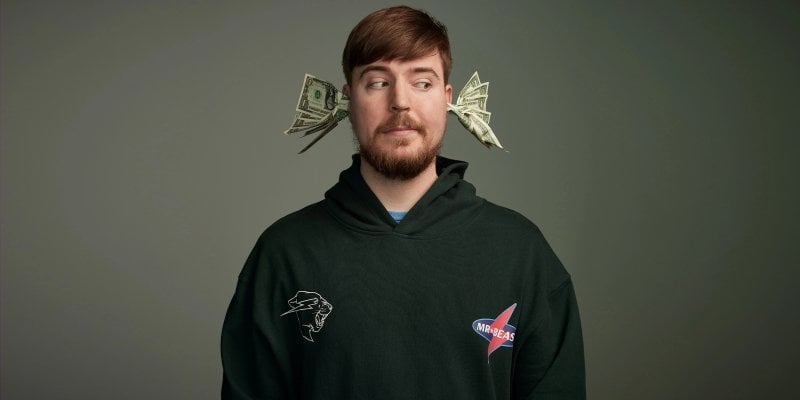 The fact that MrBeast to take first place makes sense when you think about the type of content he creates and how he presents himself to the public. PewDiePie has been a controversial figure in the past, such as the time in January 2017 when he asked artists to display a banner he deemed anti-Semitic. He has also joked about topics such as rape and used racist language against people of color in his videos of him, though he has since apologized for the behavior.

On the contrary, MrBeast he is a creator suitable for all ages and much more attentive to his own image. MrBeast initially uploaded videos on Treyarch’s Call of Duty: Black Ops 2 and Mojang Studios’ Minecraft in 2012, but then moved on to very different content: MrBeast is used to giving away money and various types of prizes. He has also taken to philanthropy, raising money for the Arbor Day Foundation to plant over 20 million trees in national parks across the United States, and has become something of an entrepreneur by opening a virtual fast-food restaurant.

Finally, let’s specify a detail: the first position of MrBeast is cataloged as a “single creator”. There’s an Indian record label and film production company called T-Series that has 229 million YouTube subscribers, but that channel is run by a whole team of employees, so it’s in a separate category.

The Bible arrives on Steam: the reviews are positive, but nobody reads it

The contents of The Witcher 3: Wild Hunt remaster revealed

For less than 10 euros: this mobile plan is one of the most balanced at the moment – Aroged

Pokémon GO: Niantic distributes new promo codes – this is how you get them!