The free-to-play multiplayer shooter “Scavengers” will be discontinued by the end of the year. This is announced by the Studio Improbable on the website. The reason is the declining player base, which makes maintaining development and live services “unsustainable”. The shutdown will happen on December 16th. 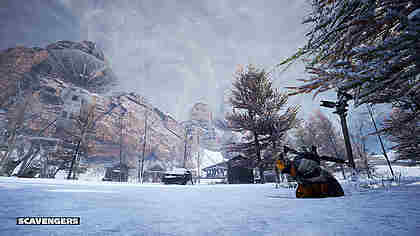 Scavengers was released in May 2021. Originally developed by former Halo developers at Midwinter Entertainment, it was acquired by Improbable in September 2019. Earlier in the year, Midwinter was sold to Behavior Interactive while Improbable wanted to focus on the Metaverse project. At the same time, the console versions of “Scavengers” were discontinued and only a small team was assigned to the game.

Stella ZAKHAROVA: “Bubka, Gutzeit, where is the reaction to the shameful statements of Bach?”

Pre-orders for a stylish artbook on Horizon: Forbidden West with gold cover have opened