At its spaceport in Texas, SpaceX conducted the most ambitious test to date of the elements of the Starship spacecraft, which is also being developed for flights to Mars and the Moon. The company organized simultaneous static fire tests of 14 Raptor engines installed on Booster 7, the prototype of the first stage of the Super Heavy launch vehicle. 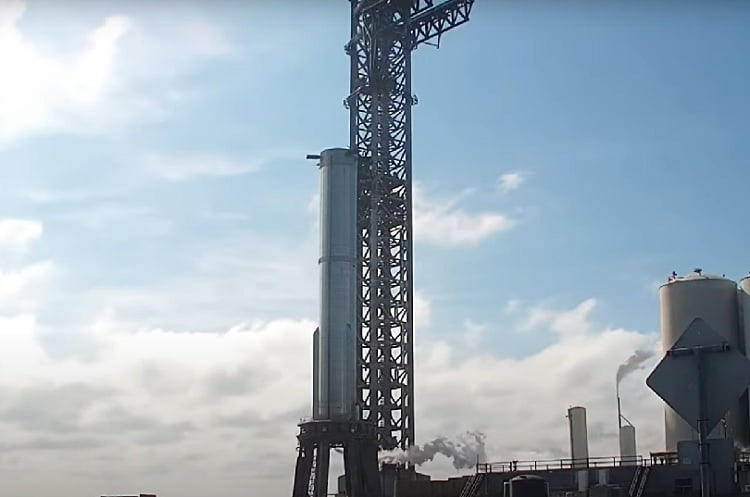 Previously, similar tests have already been carried out, but only with 7 engines. As part of the new tests, the engines ran for 10 seconds. Static fire testing is a common rocket engine testing procedure prior to actual flight—although flames erupt from the rocket engines, the structure remains anchored to the pad.

SpaceX is in a hurry to complete the first test orbital launch of Super Heavy with the Starship spacecraft in a configuration that includes the Booster 7 first stage, as well as the Ship 24 prototype. Musk).

The passed tests were a big step towards achieving the goal. But, although now the number of engines has doubled, this is clearly not enough. As planned by the designers, Booster 7 will eventually have 33 engines. Ship 24 received 6 engines, which have already been tested during the static fire test on September 8th.

The company is developing Starship not only for flights to the Moon and Mars, but also for all sorts of other tasks, including launching large batches of satellites into space and even, according to SpaceX itself, space observatories much larger than James Webb.

Starship prototypes have already passed numerous tests, but none of them has yet risen to a height of more than 10 km above the surface of our planet, and the Super Heavy variant has never been used.

SpaceX has already signed a significant number of contracts for the use of Starship, including agreements with NASA, which selected this ship for the first-ever manned landing on the moon under the Artemis program. If all goes according to plan, astronauts will land on Earth’s satellite in 2025 or 2026 as part of the Artemis III mission.

Largest advertising agency in the world: "Twitter is a big risk" - Aroged

Gothic 2D metroidvania The Last Faith will be released in 2023