Spring two: Subscription with ads paid off for Netflix!

With Netflix’s hike for a while, many people started to terminate their subscriptions. The video streaming service, on the other hand, launched its more affordable advertising subscription on November 1 in order to regain its subscribers. Netflix share value, which has been losing subscribers recently, has started to decline in the same way. However, the company that offered the advertising layer was able to increase the share value again!

Netflix share value has hit a seven-month high thanks to the introduction of ad subscriptions. Since the beginning of 2022, the share value has dropped by approximately 50 percent, while the company’s value in the last six months has increased again by 60 percent. The plan, which is currently offered in certain countries, has not yet started in our country. 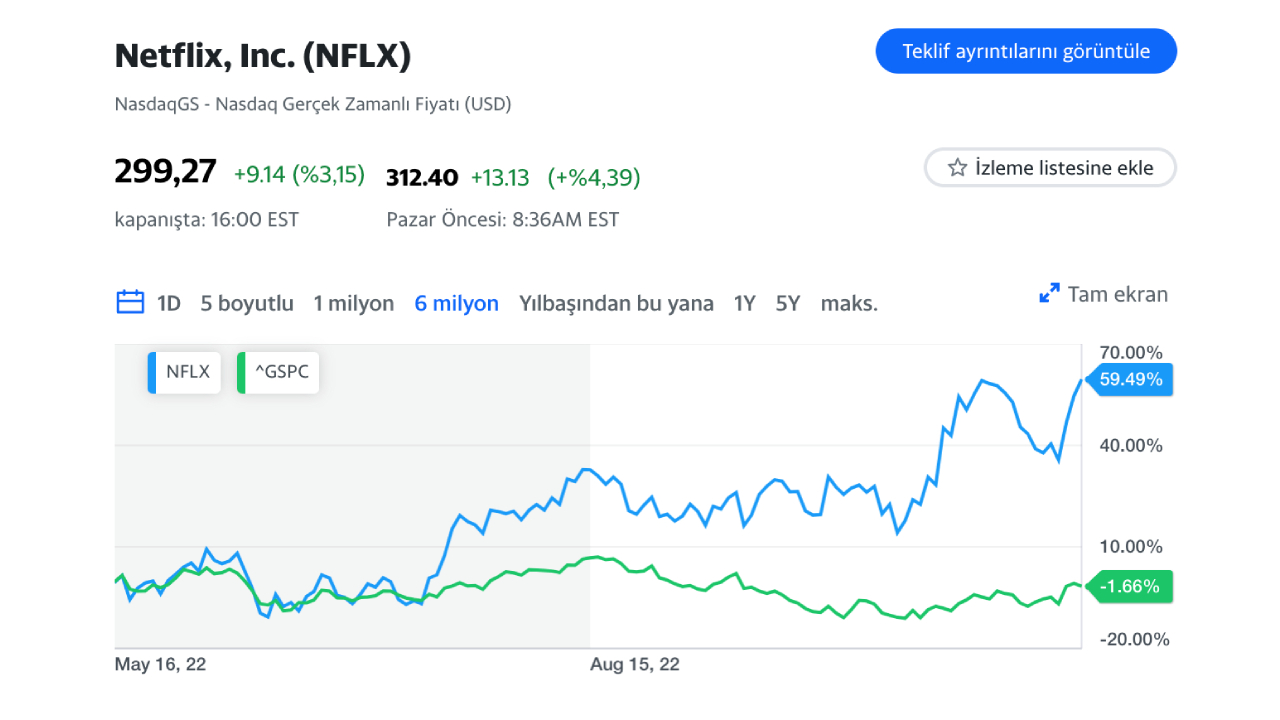 Kevin Krim, CEO of the ad measurement platform, previously announced that it was an important moment for the industry regarding Netflix’s advertising plan. In addition, there is the following explanation on the subject:

“This will be the moment when the vast majority of Americans will clearly realize that there will be a new way to get the must-watch TV they care about, and it will be a subscription-based, ad-supported business model.”

Netflix recently shared the list of the most watched TV series between October 24-30. Now it has announced this week’s Top10.

What do you, our readers, think about this issue? If Netflix’s advertising plan comes to Turkey, will you buy it? You can express your views in the Comments section.

ASUS invites you to shop for 5 premium Zenbook family notebooks