Syberia: The World Before, launch trailers and special editions for PS5 and Xbox Series X|S

Today, November 15, 2022, it is finally available on PS5 e Xbox Series X|S Syberia: The World Beforefollowing the release of the PC version in March 2022. You can see the trailer dedicated to the console version above.

There are also special editions of the game. Starting with Syberia: The World Before Collector’s Edition include:

The full game. The metal case. An exclusive Kate & Dana figurine (configurable in three different ways). An art book. A music box. Vaghen’s map. An exclusive lithograph. A keychain. A set of postcards. The digital script of the prologue. Digital soundtrack. A collector’s box. 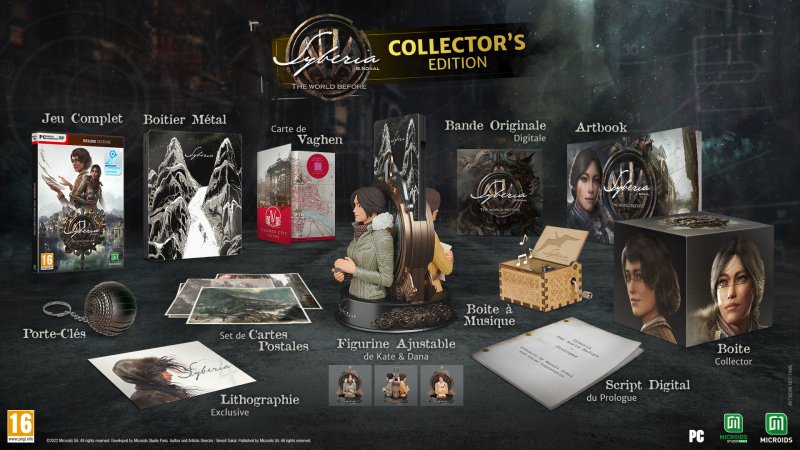 Syberia: The World Before Collector’s Edition

The full game. A book celebrating 20 years of Syberia. 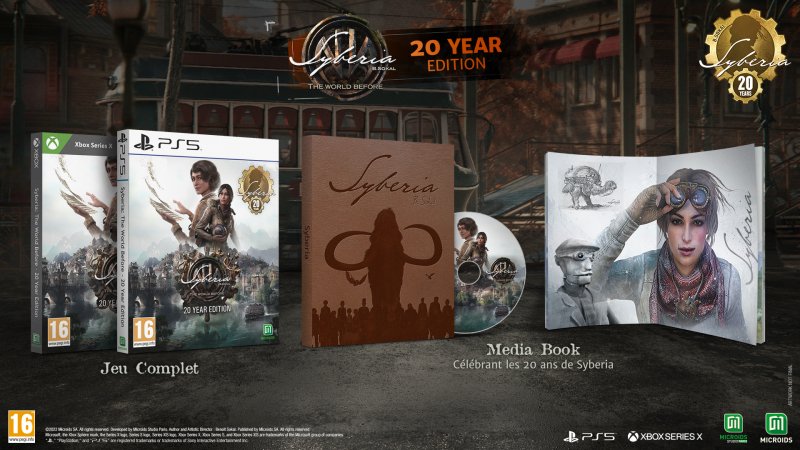 The Official description of Syberia: The World Before reads: “Discover the crossed destinies of Kate Walker, a New York lawyer whose life is turned upside down by the call of adventure, and Dana Roze, a young promise of Vaghen’s plan, whose career is threatened by the shadow of World War II Escape from prison, visit abandoned cemeteries, explore high mountains and enjoy the thrill of adventure.

A truly unique story! Embark on a magical journey through enchanting Eastern European cities in 1937 and 2004. With the music of Inon Zur and the Budapest Film Symphony in the background, piece together the puzzle that will allow you to unravel the mysteries of two deeply connected lives the one with the other.

Chart your way through an all-new adventure using your wits, repair broken tools, open locks with complicated combinations, find elaborate ways to activate mechanisms from the past, and most importantly, carefully scan your surroundings for clues.”

The entire board of directors of Motorsport Games has resigned.

IPhone 14 receives one of its biggest news today, but it's not for everyone

Find out if your smartphone charger has problems!