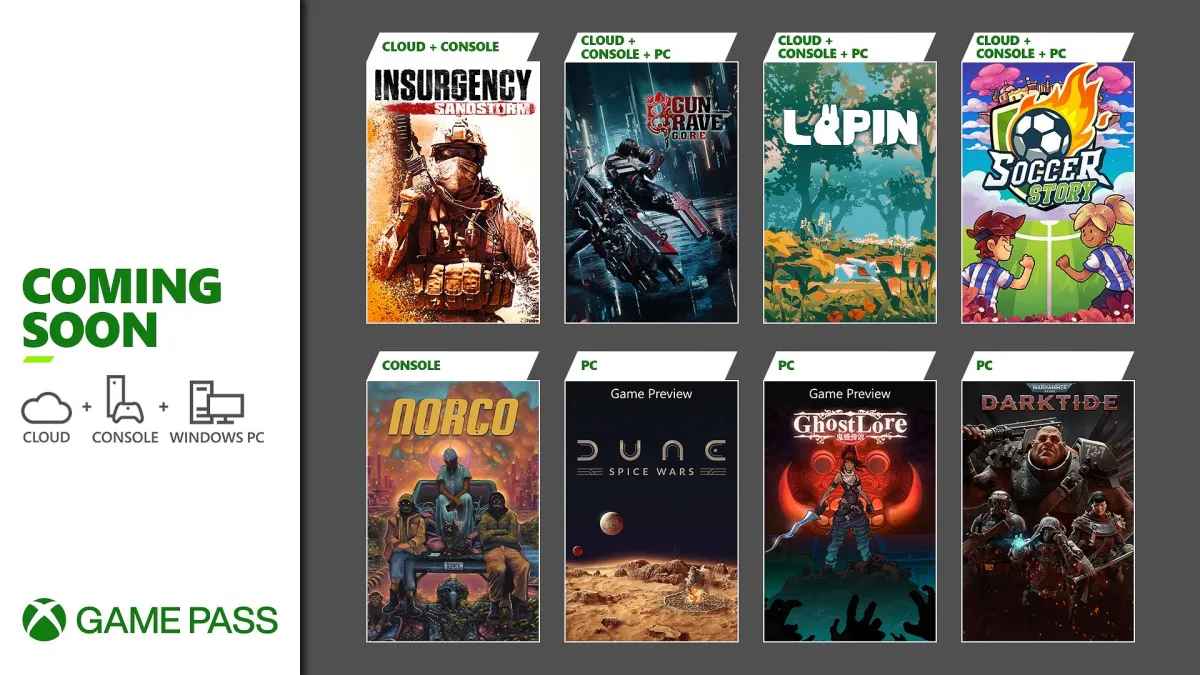 Microsoft today announced a list of games that will be part of the Game Pass subscription until the end of November. Among the announcements there are several pleasant surprises. In particular, it was announced that the tactical shooter Insurgency: Sandstorm comes out in the Game Pass subscription towards the end of the month, but only on Xbox and xCloud. PC players will receive Dune: Spice Wars, Warhammer 40,000: Darktide, Ghostlore, which are not announced for release on Xbox, or will be released on consoles later.

This is the list of games for Game Pass for the second half of November:

LAVRINENKO: “If not for the war, everything would have turned out differently for Ingulets”

Genshin Impact, where to find the two new bosses of version 3.2