NASA confirmed the launch of the Artemis I mission for this Wednesday (16)in a new attempt to start the unmanned trip to the moon🇧🇷 The takeoff at the John F. Kennedy Space Center in Florida (United States) will be broadcast live.

The flight, which was supposed to depart in August, has been delayed a few times because of technical problems. Weather conditions in the Cape Canaveral region also made it impossible to take off on other occasions.

Consisting of the Space Launch System (SLS) rocket and the Orion spacecraft, the Artemis I is awaited with great anticipation, as it symbolizes the beginning of return of humanity to the moon🇧🇷 It is the first mission by the US space agency to the natural satellite in decades. 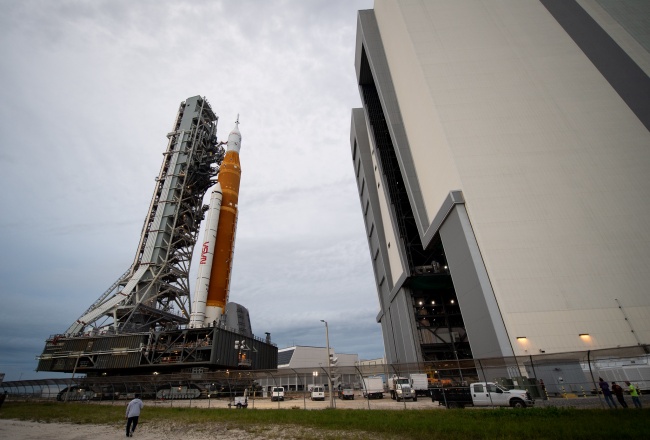 The SLS rocket and Orion capsule are ready to take off in FloridaSource: Facebook/NASA

The purpose of the trip is to carry out the first unmanned test flight of the SLS with the Orion capsule, before the next steps of the Artemis mission. The next phases include a manned flight, scheduled for 2024, and the lunar landing, in 2025, according to NASA’s calendar.

A Live streaming of the launch of the Artemis I Mission can be followed on NASA’s YouTube channel (link below), which has prepared an extensive schedule. The launch window starts at 3:04 am (Brasília time), in the early hours of the 16th, and will last two hours.

The US space agency’s website and profiles on Twitch and Facebook will also have live coverage, as will the NASA channel in Spanish. It is worth remembering that the mission will again be subject to weather conditions and the absence of technical problems.

Elden Ring still crosses a sales level, where will the From Software game stop?

Honor 80 will debut processor not yet presented by Qualcomm

Thunderbolts: The Marvel Movie Will "Drop a Bomb" on Viewers, David Harbor Reveals

Pokémon Scarlet and Violet, new panoramic trailer of the game