Why Argentina will win the 2022 World Cup

The material was prepared with the support of Parimatch Ukraine. Parimatch Ukraine is the first licensed online betting company born in Ukraine and the largest investor in the development of Ukrainian sports.

Get ready for the World Championship with Parimatch!

The company EA Sports, which specializes in sports forecasts, has made a “deal” for the upcoming World Cup in Qatar. According to her forecasts, Argentina and Brazil will meet in the final. The winners will be the Argentines, having obtained a minimum victory of 1:0.

Such forecasts are enough on the eve of any serious football forum. And it would be strange if the 2022 World Cup was an exception to the rule. Therefore, I personally do not take such oracles very seriously. To put it mildly. But here is another matter.

And the thing is that EA Sports made a prediction for the finals of the previous three Mundials – in South Africa, Brazil and Russia. And in all three cases, the office turned out to be right, guessing the winner of the championship 100%. With another finalist, it didn’t work even once, but here’s the name of the victor – three times to the point.

That is, even if you do not believe such “attractions” three times, reality still forces you to reckon with their opinion. Moreover, the opinion, as it turns out, is very authoritative.

So, I would recommend that those who like to make long-playing bets pay attention to this forecast. There is definitely something in it.

At the same time, I am personally sure that the possible championship of the Argentina national team at the 2022 World Cup is predetermined not only and not so much by the intuition of forecasters, but by the real state of things. All of these “things” will be listed below.

I’ll start with where absolutely everyone starts when it comes to the current “albiceleste”. Her idol Messi said that the World Cup in Qatar will definitely be his last. Leo is already 35 years old, and he will quit with the national team by the next World Cup. So here and now he will do everything to leave beautifully. Very beautiful. And all this beauty for him can have only one shade – gold.

Further, in this context, it is again necessary to repeat the mantra that in order for Leo to become one step with the main icon of Argentine football for now – Diego Maradona – he definitely needs to win the Mundial. The medal of the highest standard of the world football forum is the only thing that is not in the richest museum of trophies of the current captain of the Argentina national team.

You can still talk about Messi and his departure from the national team after the World Cup for a long time and tediously. I don’t want to expand on this topic anymore, I don’t want to look for epithets and metaphors, although I really really like this football player.

Now, in my opinion, it is important to have something else in mind. And specifically – the game form of Lionel. And he has it now – if not optimal, then very close to such an indicator. 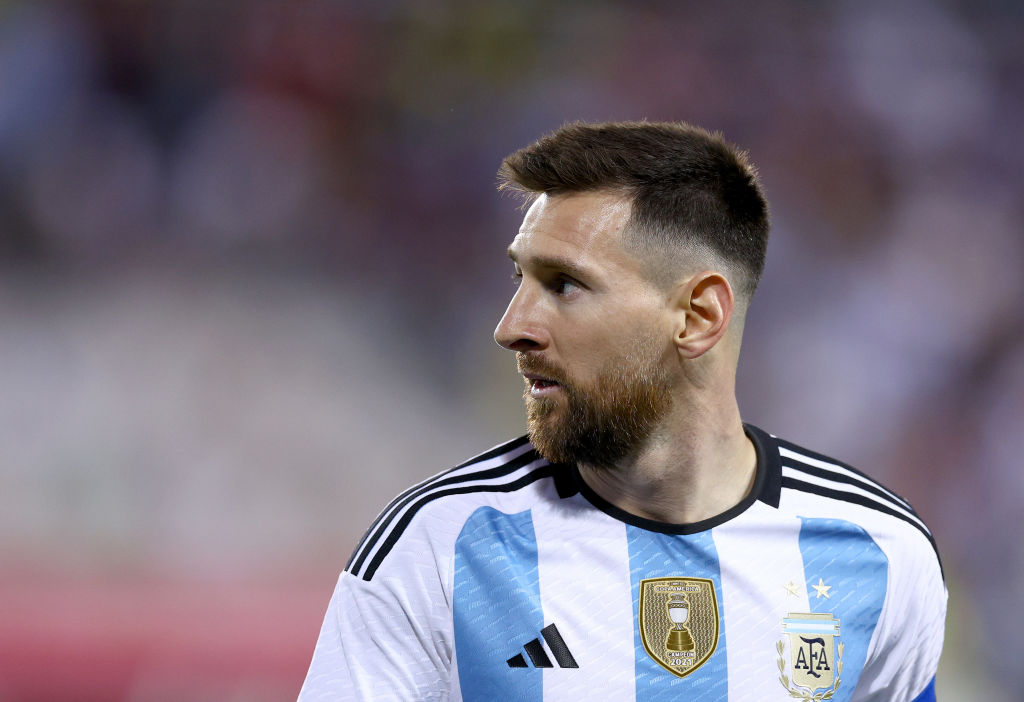 According to most experts, Messi finally survived – albeit painfully, but still – leaving Barcelona and acclimatizing to PSG. He survived both covid and reproaches for playing “clean balls”. This season we see the former Messi – running, active, skillful, productive. I am sure that the World Championship will be the peak of his form this season.

It is also necessary to mention the moral form of the Argentine genius. With her, too, full order. This can be confirmed not only by his goals and effective actions for Paris Saint-Germain, but also by the reverence and respect with which his teammates treat him.

Another confirmation of good moral health is the recent victory in the final of the South American Championship (last year). There is no doubt that she added to his persistence, confidence and motivation.

But the failure in the last Ballon d’Or referendum will definitely add to Lionel’s anger (let me remind you that Messi, last year’s owner of this trophy, was not included in the candidates for this year’s trophy at all).

In general, the World Cup in Qatar is the point at which all the virtues of the best football player in the world of an entire generation should converge at the right time.

However, Messi is not alone. It is really difficult to overestimate the role of Leo in Albiceleste, but it should also be said about his teammates. Even without their captain, the Argentina national team looks very powerful. For the first time in the last five years, the composition of the team is very balanced, not one of the playing units sags.

There are two very strong – really strong – goalkeepers: Emiliano Martinez and Rugli. In defense – their heroes: Tagliafico, Acuña and Lisandro Martinez. Midfield – generally a fairy tale: De Paul, Paredes, Di Maria. Yes, and an attack – God forbid everyone: Lautaro, Alvarez, we will also include Dybala here. And all this splendor is tied together by a very motivated freelance artist Lionel Messi. As for me, the picture turned out to be very impressive.

Historically, it has been so for Albiceleste that they have achieved almost all of their important victories over the past decades under the guidance of not the most recognizable and titled coaches. Scaloni fits this paradigm perfectly. 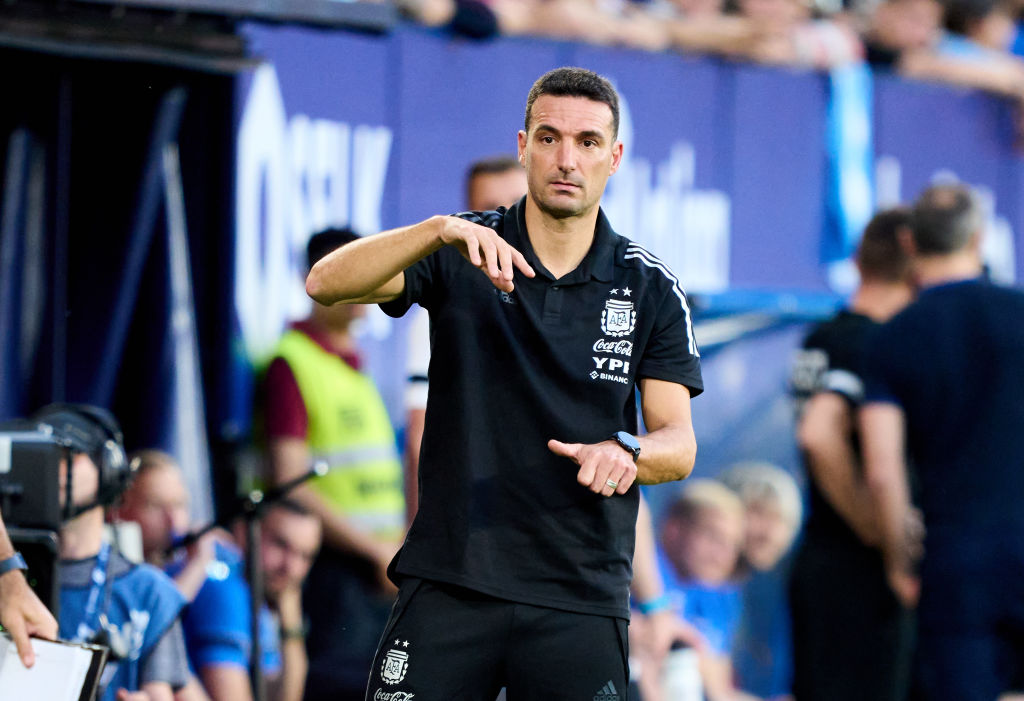 Let’s look at this thesis with examples. The 1986 World Cup was won by Argentina under the leadership of Carlos Bilardo. The son of Sicilian emigrants, before being appointed to such a high position, was remembered for winning the Argentine championship once. And work in his free time from football as a gynecologist.

Bilardo did not break anything, did not try to invent a bicycle, did not put pressure on the players with his talent or charisma. He simply did not interfere with them, sometimes directing them in the right direction.

Something similar to Bilardo was Alejandro Sabella, who, unfortunately, recently left this world, coach of Argentina at the 2014 World Cup.

The main achievement of Don Alejandro before his final of the Brazilian Mundial was the only championship with Estudiantes in the Argentine championship. In the same Estudiantes, where Bilardo got his single similar title.

But what happened when the Argentina national team was led either by those obsessed with experiments and formulas (Sampaoli), or simply by lifetime monuments (Maradona), we all remember very well. It was quite recently, and ended with a loud disappointment.

Scaloni is a coach like Bilardo and Sabella. So far, he has not had any special achievements either in the playing or in the coaching field (except perhaps the victory in the final of the Copa America in 2021). But he suits everyone in Argentina: football players, functionaries, and fans. And even Messi. Because he doesn’t bother anyone. He’s not trying to reinvent football. He, like that sculptor, is simply trying to weed out everything superfluous in order to get a masterpiece.

It seems to me that Scaloni and his team are now very close to creating a masterpiece. Extremely close.

Get ready for the World Championship with Parimatch!

Read also: 11 footballers with the most World Cup appearances

Pirates of the Caribbean 6: A version of the film will remain at the dock, but there is still hope