Apple plans to use US-made chips from 2024 – Bloomberg – Aroged 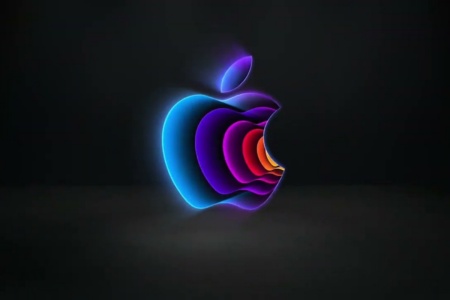 Apple will start using American chips in a few years, and will subsequently ship chips from Europe as well. Apple CEO Tim Cook revealed that Apple “has made the decision to buy the Arizona chip plant” during a meeting with a team in Germany.

Apple will begin sourcing chips from a plant in Arizona opening in 2024, along with from Europe, in a major step for supply chain diversification, CEO Tim Cook recently told employees. https://t.co/Xr3JjmPSSv

As Mark Gurman of Bloomberg notes, this would reduce Apple’s dependence on factories in Asia, in particular in Taiwan, where 60% of the world’s chips are made.

“Regardless of how you feel and think, 60% exit from anywhere is probably not a strategic position,” says Cook.

Cook is most likely referring to Taiwan Semiconductor Manufacturing Co. (TSMC) in Arizona, now under construction. TSMC is Apple’s exclusive chip manufacturing partner, although it also has NVIDIA, MediaTek, AMD and ARM among its customers.

The Arizona plant is expected to be operational in 2024 and produce 20,000 chips per month using a 5nm process.

According to preliminary reports, Apple plans to apply TSMC’s new 3nm chip manufacturing process to future devices. The Financial Times reports that the A17 mobile processor that Apple is currently developing for its 2023 iPhone lineup will be mass-produced using the new technology.

It’s not yet clear if Apple intends to use the Arizona plant only for older and less complex chips, or if TSMC plans to upgrade the plant. TSMC is now considering building another facility near the $12 billion Arizona said plant, but Bloomberg reports a final decision has yet to be made.

Intel is also building factories in Arizona that will open as early as 2024. The chip maker has been Apple’s main supplier for years, but is unlikely to be able to get that business back. Apple has previously replaced Intel processors in Mac computers and other products with its own components.

Over the past year, TSMC has been expanding its operations in an attempt to meet the needs of customers in countries that encourage domestic semiconductor manufacturing. President Joe Biden, for example, recently signed the CHIPS and Science Act into law, under which the US government is offering $52 billion in funding for semiconductor companies in the country.

It is also reported that Apple plans to purchase processors and European production.

Earlier it became known that TSMC is in talks with the German government to open factories in the country. Europe, like the US, is also keen to encourage semiconductor manufacturers to set up factories in the region, and introduced the EU Chip Act in April to “improve competitiveness and sustainability in semiconductor technology.”

Fernando Santos: “Cristiano Ronaldo proved to be a real captain”