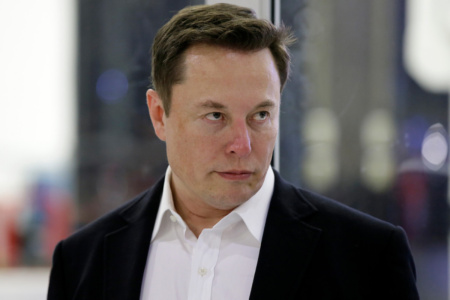 Musk fires employees for criticizing him on Twitter or the company’s private Slack. According to Platformer, about 20 people have already been removed from their positions for this reason.

After massive layoffs on Twitter (50% of full-time and 80% of non-staff), designed to cut costs at the company, Musk began to get rid of employees who criticize him.

So, he has already fired engineer Eric Fonhoefer, who tried to publicly correct his CEO on Twitter, and Sasha Solomon, a Twitter software engineer who wrote a series of tweets criticizing Musk, ending his attack with the phrase “Kiss my ass, Elon.”

More Twitter employees are publicly criticizing Elon for making up stories about how Twitter works and getting fired.

It’s becoming a wave of mass insubordination with Twitter engineers going out in a blaze of glory.

Every time I think this acquisition can’t get worse, it does. pic.twitter.com/lKFs9Uk0xq

Several other people who complained publicly were fired:

Looks like I just got fired for shitposting too✌️ https://t.co/G7MD2nzmMp

After 12 amazing years and 3 weeks of chaos, I’m officially fired by Twitter.

I have a lot of stories to tell. But to my fellow (ex-)tweeps-#LoveWhereYouWorked 🫡 pic.twitter.com/lVWbqpcSXO

And those who simply retweeted posts criticizing Musk:

That’s it for me. 8.5 years as an SRE at Twitter and I’ve just been fired. I’m grateful to all my colleagues for getting to learn from and grow with you all. I’m proud of the thing we built. I’m sad to see what’s happened to it. Looking forward to taking a break 🫡💙

Welp that’s it for me folks!

If you ask me why exactly I really don’t know 🫡

But many employees are reportedly fired even for non-public criticism of Musk in the company’s private Slack.

“My Twitter account was private at the time, so I can only assume it was because I wasn’t 100% loyal to Slack,” wrote Nick Morgan, who posted critical posts on his profile. .

He also posted a copy of the cut notice:

It is not known for sure whether Morgan’s account was indeed closed. But a few people have definitely suffered for criticism in private correspondence. Gergely Orosh reported that about 10 employees were fired for their comments on Slack, while Platformer’s Casey Newton claims the figure could be as high as 20.

For those saying that criticizing should be done in private: I have reports for a number of employees similarly terminated the past 24 hours who were criticizing Musk’s tweet on an internal Slack watercooler channel. Some criticized other eng leaders.

Employees say it appears that around 20 people have been fired so far for their Slack posts.

Twitter, after a massive reduction, no longer has a communications department, so the company did not give any comments. But Musk confirmed the layoffs in a tweet:

“I would like to apologize for the dismissal of these geniuses. Their enormous talent will no doubt come in handy somewhere else.”

I would like to apologize for firing these geniuses. Their immense talent will no doubt be of great use elsewhere.

Interestingly, Musk has often spoken about his commitment to “freedom of speech” in the past and planned to make it more loyal to users and their posts before buying the social network. However, Twitter employees do not seem to be affected.

Elon Musk received detailed forecasts for the launch of Twitter Blue and its negative consequences, but … ignored the recommendations of employees

After several months of litigation, Elon Musk bought Twitter, adding the company to his already large business empire. The billionaire appointed himself CEO and fired a large part of the company’s previous management. Last year, Twitter’s interest expense was about $50 million. With the new debt taken on as part of the deal, they will now rise to around $1 billion a year. This means that the company makes less money per year than it owes to its creditors. To make ends meet, Musk is cutting costs and… workers. On November 10, Elon Musk canceled remote work in the company and said that he was not sure “of the company’s sufficiently strong financial position”, therefore, he did not exclude the “possibility of bankruptcy”. Among the major updates to the social network is so far only the Twitter Blue “for everyone” subscription, which was canceled 2 days after launch due to the chaos with the “blue ticks” on the social network.

Sony INZONE M3: pre-orders open for the gaming monitor due out in January 2023

Switzerland goalkeeper named Man of the Match against Cameroon