Follower of Brynzak. What you need to know about the new head of the FBU – Ivan Krulko

On November 14, 2022, changes have finally come to the Ukrainian biathlon, which the fans and everyone who cares about the main winter sport have been waiting for so long!

It is with these words that I would like to begin the text on the results of the election of the President of the Biathlon Federation of Ukraine. The elections, which were held for the first time in many years, were not “for show”, but were really very competitive. But, unfortunately, it is very likely that changes for the better are not expected yet, since Dmitry Pidruchny lost to Ivan Krulko.

Pidruchny, I think, needs no introduction. The captain of the Ukrainian national team achieved the main success in the history of the men’s domestic biathlon, becoming the world champion in the pursuit race in 2019. But Krulko is a new face for many. But, oddly enough, it was he who received the support of the majority of delegates.

Unlike Pidruchny, Krulko did not present the program before the elections, although Dmitry did it too late. The newly-made president did not make any statements either. In a word, the delegates chose a “pig in a poke”, because most of them got an idea about the candidate immediately before the voting procedure. Surprisingly, such a strategy led to a devastating difference in the distribution of votes: 58 people voted for Krulko, Pidruchny received the support of only 31 delegates.

Who is Mr. Krulko? Let’s figure it out.

Perhaps, for the first time in a more or less broad sports masses, Krulko was talked about in 2020. Then, during the World Championship, which was held in Antholz, Italy, the future president of the FBU, being at the competitions as part of the Ukrainian delegation, “accidentally” lost his accreditation. And Alexander Kasperovich, the personal trainer of the scandalous Russian biathlete with a doping past, Alexander Loginov, “found” this accreditation.

At first, the FBU tried ridiculously to justify itself. They say that Krulko was no longer in Italy that day, who could transfer someone else’s accreditation to a Russian coach is not clear. However, after a while, Vladimir Brynzak admitted that he personally decided to help his old friend, despite the war, which at that time had already lasted for 6 long years, albeit in a “hybrid” format.

“What wrong have I done with Kasperovich? Loginov, by the way, married a Ukrainian athlete (former biathlete Maria Kruchova – approx. Aroged), they had a child. Sasha is a good guy. He had doping-related troubles, but no one knows what really happened.

With Kasperovich, who played for Novosibirsk, back in the late 70s, we ran together at the competitions of the Burevestnik sports society. We have known each other for over 30 years. What’s wrong with me helping a friend who has not been accredited by Russia? I understand how important it is for an athlete to have a coach nearby. Loginov was the only contender for medals in the Russian team.

And the point here is not even in Russia and not specifically in Kasperovich. If a conditional coach of Slovakia or Slovenia had come to me with such a request, I would have done the same, because it is human. And yes, we are not the only ones. The French were fined for a similar story. At the same time, one person did not come to us, accreditation was free, ”Brynzak said in an interview with the Commander-in-Chief. 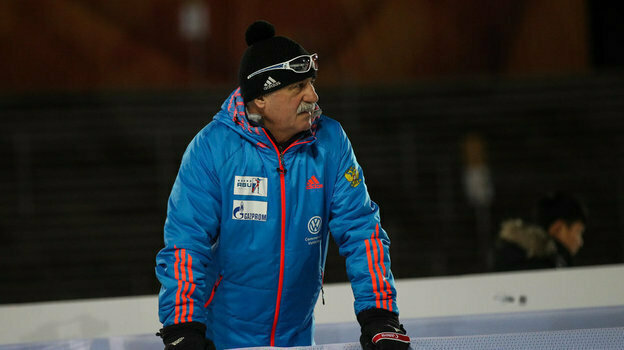 By the way, now Kasperovich, who is also a friend (we hope, former?) of Vladimir Mikhailovich, is indignant at the removal of Russian and Belarusian athletes from competitions, and he calls the Russian-Ukrainian war, during which our black soil fertilized more than 82 thousand rashists, in the style of propagandists “special operation”.

“No one expected another development of events. The suspension of our and Belarusian biathletes should have been extended. Although it is not clear what the sport and the special operation have to do with it,” Kasperovich said in September.

Also, the Russian coach admitted that this was not the first time he had received such assistance from the Ukrainian federation. “How did the idea of ​​Ukrainian accreditation come about? Yes, what’s the idea? It’s always been that way. This is not the first time.”

Was introduced by the future president long before the election

Apart from the accreditation scandal, there is not much to tell about Krulko’s connections with biathlon. Rumor has it that Krulko was part of the Ukrainian delegation at the September conference of the International Biathlon Union (IBU) in Salzburg. And even then, he was introduced to individual members of the IBU as the future head of the Ukrainian Biathlon Federation, despite the fact that at that time he had not yet put forward his candidacy for elections.

Biathlon aside, Ivan Krulko built a successful political career. In 2014, he was elected a people’s deputy of Ukraine on the lists of the Batkivshchyna party. The official works in the Verkhovna Rada to this day.

It is easy to find several scandalous stories on the Internet, but since there is no evidence of their veracity, there is no point in retelling these rumors in detail. Everyone, if desired, can find this information and draw conclusions for themselves.

In the meantime, Krulko is preparing to replace Vladimir Brynzak in the chair of the head of the biathlon federation and has already spoken about his immediate plans in a short interview with Tribuna.com.

“Andrey Derizemlya, a well-known biathlete from Chernihiv region, was elected First Vice President. This is a self-sufficient person with great authority in biathlon. This gap that I did not run in biathlon, but I am a good manager, I will fill in with a person who has been in biathlon all his life. 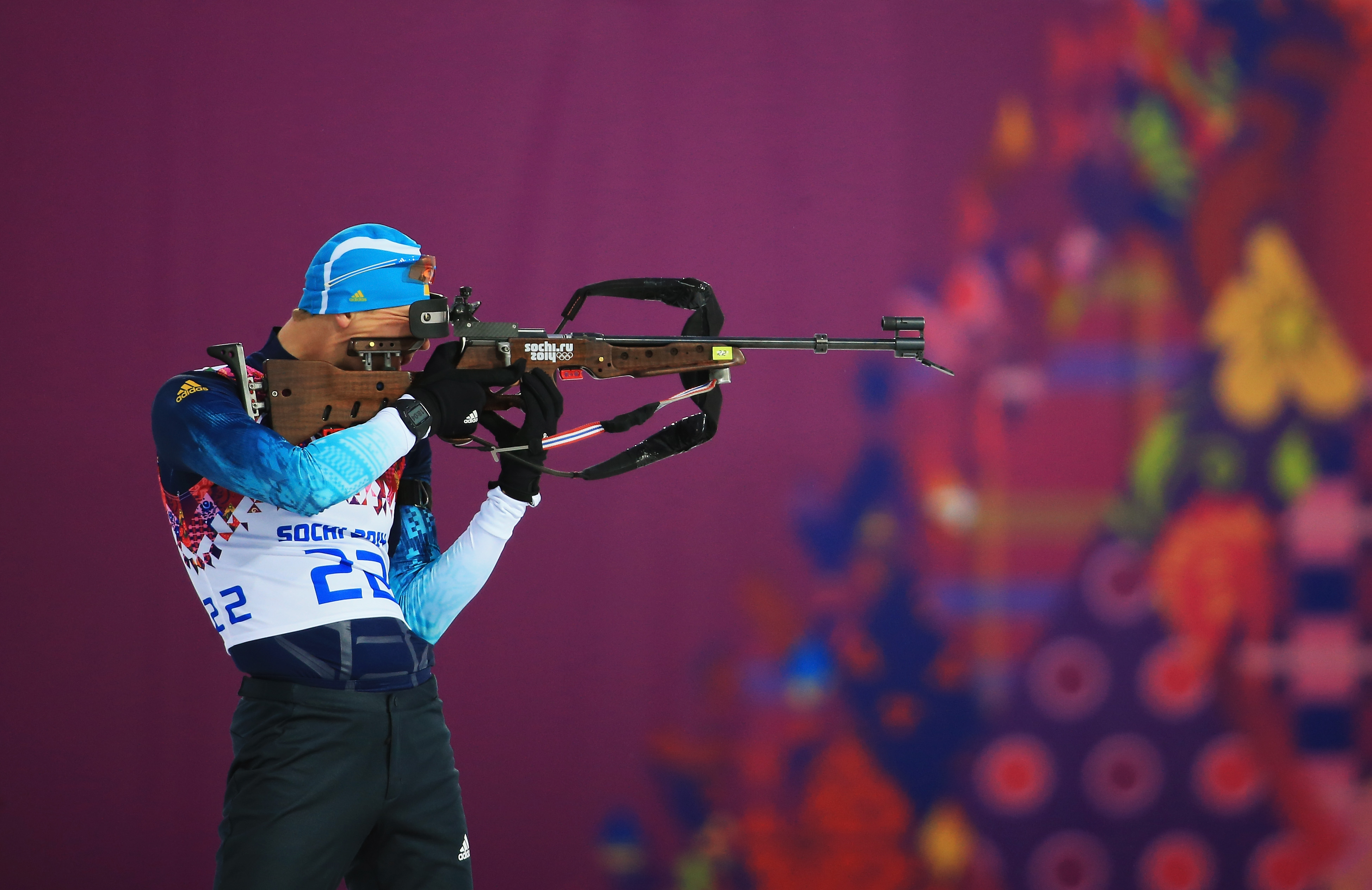 Krulko will not make individual decisions. This will be done by a team consisting of the presidium and the executive committee. And from our conference. And my task is to implement these decisions,” Krulko said after his election victory.

There is no doubt that Krulko is Brynzak’s business partner. The entourage of the former FBU president made no secret of the fact that they wanted to see Krulko, and not Pidruchny, as the successor of Vladimir Mikhailovich. And this interest was not only in words, but also in actions. In particular, someone nominated Elena Bilosiuk, who, obviously, had to take away some of the votes from another athlete candidate. But the Olympic champion did not become a pawn in someone else’s game and withdrew shortly before the conference.

Will there be changes?

It is hardly worth counting on any changes in the structure of the Ukrainian biathlon after the victory of Krulko. Moreover, there are fears that Brynzak, who even refused the post of honorary president of the FBU, will at least have a huge influence on the policy of the new head of the organization, and at the maximum, he can de facto continue to manage the federation on behalf of Krulko. Is this really so, or is it just an absurd fantasy of the author of these lines, only time will tell. But now everything looks exactly like this.

By the way, the conference was held “with the door locked”. The FBU did not announce press accreditation for the event, and only four journalists loyal to the leadership of the organization were admitted. “Uninvited guests” were not allowed in by the guards. Vladimir Brynzak explained this by the late submission of applications, although no deadlines were set, since there was no accreditation as such. Such presidential elections completely contradict the concepts of “openness” and “transparency”.

Krulko was elected president for 4 years. I really want to believe that Pidruchny will improve his program during this time, get the support of the majority of the delegates and, as a result, still achieve his goal. The main thing is that during this time the level of biathlon in Ukraine does not have time to finally reach the bottom, from which it will be very difficult to push off.

Starfield: postponing it to 2023 was the right decision according to Phil Spencer