Frogwares is offering 55% off Sherlock Holmes: Chapter One, and raffling off 3 free keys – Aroged 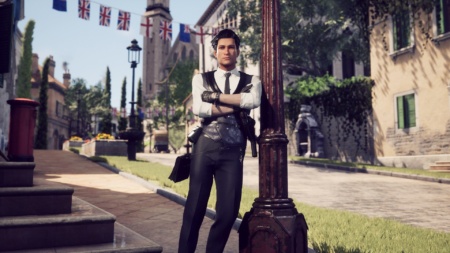 In honor of the anniversary of the release of Sherlock Holmes: Chapter One, the Ukrainian studio Frogwares has announced several pleasant surprises for fans of the genre.

First, in connection with the first anniversary, Sherlock Holmes: Chapter One is now on sale on Steam at a 55% discount. The sale will last until November 21st. So in the coming days, this detective game will be available at a price of 314 UAH instead of the standard 699 UAH. There are also substantial discounts on Sherlock Holmes game sets.

In addition, in honor of the anniversary, Frogwares arranged a drawing among fans and offers the opportunity to get one of three activation keys for free. To enter the giveaway, you must follow a Frogwares account, repost, like, and comment on the post. After the winners are determined, the company will contact them via private messages.

It’s 55% off now on Steam and to mark this 1-year occasion, we’ll give away 3 keys. Follow us & RT/like/comment to be in the running.

Winners will be DMed. You have 48 hours.

Recall that Sherlock Holmes: Chapter One is an action-adventure game. It tells the story of a young Sherlock Holmes who tries to solve a mystery at his family’s home on the Mediterranean island of Kordona after the death of his mother.

Napoli set to sell their star in January

Interest in mature technical processes has grown – by 2025, 13 new lines for 200 mm silicon wafers will be launched