The power consumption of the GeForce RTX 4080 video card in real work scenarios turned out to be less than stated in its specifications. This is reported by NVIDIA, as well as data from independent tests of the video card in games and various synthetic benchmarks. 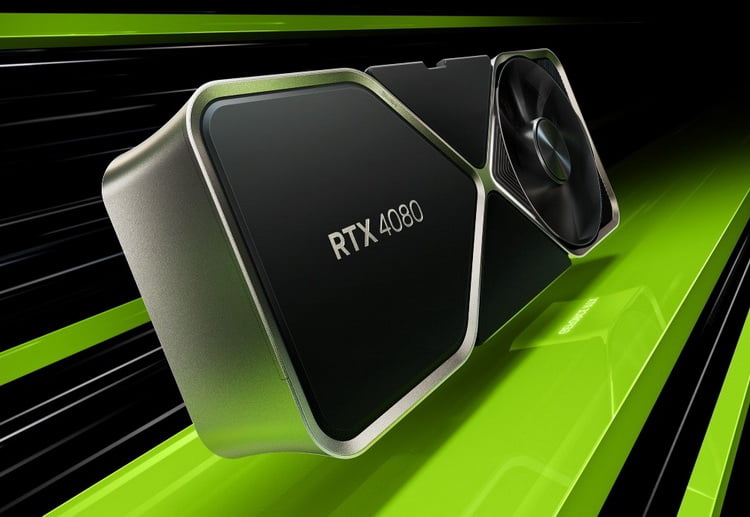 A comparison of the GeForce RTX 4080 with previous generation NVIDIA graphics cards showed that the new product is significantly more energy efficient due to the new Ada Lovelace architecture, NVIDIA says. For example, with the same maximum power consumption level (Total Graphics Power, TGP), which is 320 W, in real work scenarios, the consumption of the GeForce RTX 4080 turned out to be significantly lower than that of the predecessor GeForce RTX 3080.

The GeForce RTX 4080 drew its conclusions about the high energy efficiency based on 22 gaming tests using 4K, 1440p and 1080p resolutions, as well as during the test of the video card in video playback mode using the AV1 codec.

In the Control, Cyberpunk 2077, Forza Horizon 5, and Guardians of the Galaxy Metro Exodus game tests, when using 4K resolution, ray tracing, and DLSS scaling, the GeForce RTX 4080 accelerator consumed no more than 300 watts. The lowest consumption is observed at Full HD resolution. Similar results are demonstrated by independent reviews of the new video card.

Do you record the World Cup? You might have a problem!

Amazon offers: PlayStation Store top-ups from €45/70/90 with a strong discount for Black Friday 2022