Developed by the Croatian company Rimac Automobili, the Nevera electric hypercar at the end of October was able to demonstrate in practice its ability to travel at a speed of 412 km / h, bringing the car closer to the target indicator announced four years ago during the presentation of the model. This electric car, although it will be produced in a circulation of no more than 150 copies, has reason to formally be considered the fastest among serial ones. 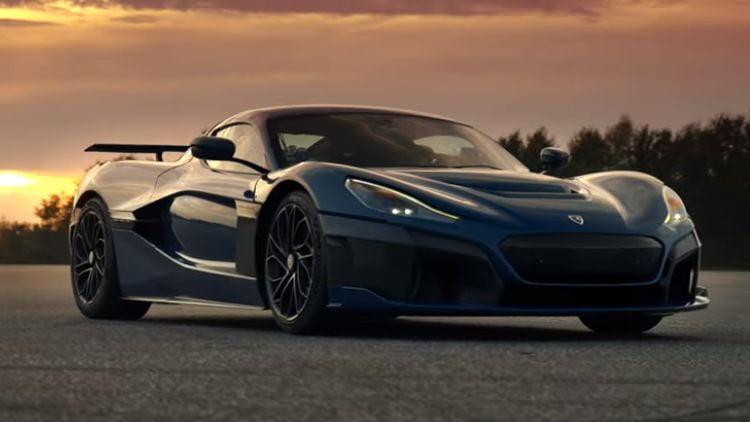 Recall that Rimac uses electric motors of its own design, in preparation for achieving a speed record, it also paid attention to the control software, which was responsible for the directional stability of the car during acceleration and cooling the power plant. The power of the latter, we recall, reaches 1914 hp, four electric motors drive the car, and it overcomes the line of 100 km / h in 1.86 seconds. It is assumed that the lucky ones who booked copies of Rimac Nevera from the circulation of the first year (50 pieces) will pay at least $ 2.4 million for each.

As explained in a video on Rimac’s corporate YouTube channel, the speed record was set on a test track in the German city of Papenburg, which has an oval shape with two 4 km straight sections, on which the full-time test driver had to reach the specified maximum speed. According to him, when driving at a speed of 412 km / h, the car crosses an imaginary football field every second.

Elon Musk’s company is only going to start production of second-generation Tesla Roadster hypercars next year or even later. They will be able to accelerate from 0 to 100 km/h in 2.1 seconds or faster and reach a top speed of over 400 km/h. At the same time, the cost of the car will be around $ 250,000, so this vehicle will be an order of magnitude more democratic than the Rimac Nevera and its counterparts, if Elon Musk manages to keep the declared characteristics and price within the planned limits.

Phil Spencer: Sony wants to expand PlayStation at the expense of Xbox

Sergey NAGORNYAK: "Our goal is to take first place in the quartet"

After God of War Ragnarok, director Eric Williams would like to work on Castlevania