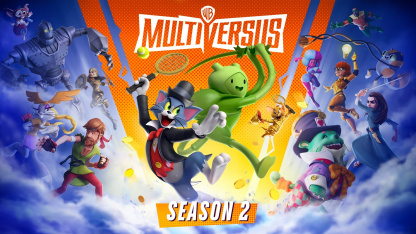 Fighting game creators MultiVersus shared the details of the second season, which started today. Exciting innovations await players, including: a new fighter Marvin the Martianmain antagonist Looney Tunes and the series «Duck Dodgers”. No release date yet; new style map “The game of thrones” with different dangers and traps. The Iron Throne and a new remix of the series’ title theme song are included; New Battle Pass with more badges, icons, banners, taunts, character variations and more. Earlier it became known that in the battle pass of the second season there will be no levels without rewards, and fewer points will be required to complete each level; various technical improvements. MultiVersus is available as part of an open beta test, which started back in July on PlayStation, Xbox and PC. The release of the fighting game should take place this year. More on Gambling In Resident Evil Re:Verse added a combat location “Village” and a new character The head of the Xbox wants to see a price tag of $ 99-129 on the Microsoft cloud console Phil Spencer believes that the decision to move Starfield and Redfall was the right one