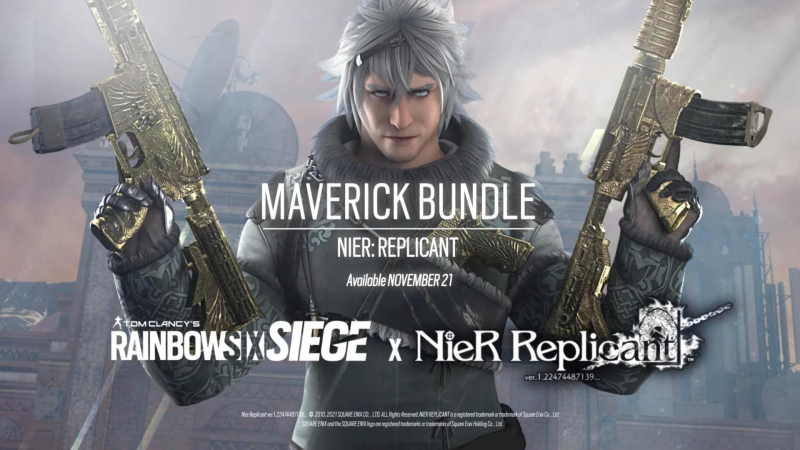 The first part of the crossover is NieR Replicant ver.1.22474487139…, featuring a costume for Maverick depicting the main character of the game, an ornate weapon, and even Weiss’ Grimoire.

But that’s not all, at the end of the trailer, 2B’s unmistakable boots from NieR: Automata are shown, indicating that her own suit is likely coming soon. Ubisoft mentions that it will be revealed during a panel revealing the new season on Monday, November 21st. This will be the game’s fourth season in its seventh year.

This is just the latest in a gargantuan crossover series that has seen NieR characters appear in just about every game genre, from shooters like PUBG to fighting games like SoulCalibur VI to a plethora of mobile games, apart from a standalone storyline in Final Fantasy XIV.

Of course, this is a testament to the cult popularity of YoRHa 2B and the rest of the group, who have appeared in games far beyond the games published by Square Enix itself.

Sky: Children of the Light coming to PS4 next week

Huge deal between Amazon and Warner, Prime Video subscribers will jump for joy!

Cyberpunk 2077: Phantom Liberty will probably be "cheaper than a full-price game"

Source: the defender signed a full-fledged contract with Dnipro-1 for 3 years

Raft: The popular survival title finds its way to the consoles

Call of Duty Warzone 2.0: everyone rich with the new exploit of infinite money!

Diablo 4: the beta of the endgame has begun, based on what has already been leaked