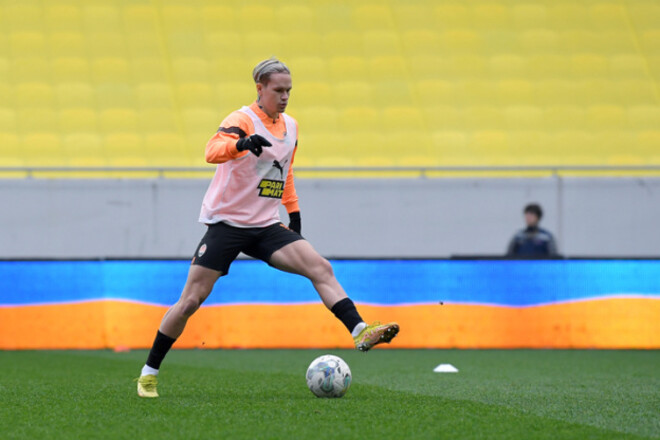 Shakhtar’s management wants to make good money on the sale of midfielder Mykhailo Mudryk, so the club estimates a potential transfer of 100 million euros.

“I do not determine the price, but the market. Anthony, Grealish – these are the players who were worth 100 million euros. And for me, Mudrik is no worse than they are. There was also Sancho from Borussia Dortmund. We only want respect,” said the club’s director of football, Darijo Srna.

The general director of the club Sergei Palkin has approximately the same opinion.

“Clubs understand that Mudrik is an expensive player. No one comes and says: give Mudrik here, here’s 50 million for you. But the right moment will come. There will definitely be a moment when a big club will give 100 million.”

“Now Mudrik shows only 60% of his abilities. And gradually it will develop, so in the future it can definitely cost 100 million,” Palkin is sure.

The player himself, whose contract expires only in 2026, is already making it clear that he wants to move to a stronger championship as soon as possible.

I like rings of power #8 - but what remains of the festival?

GTA: this secret project with Eminem will never see the light of day...

Mobile gaming: expected to be down 6.4% year-over-year