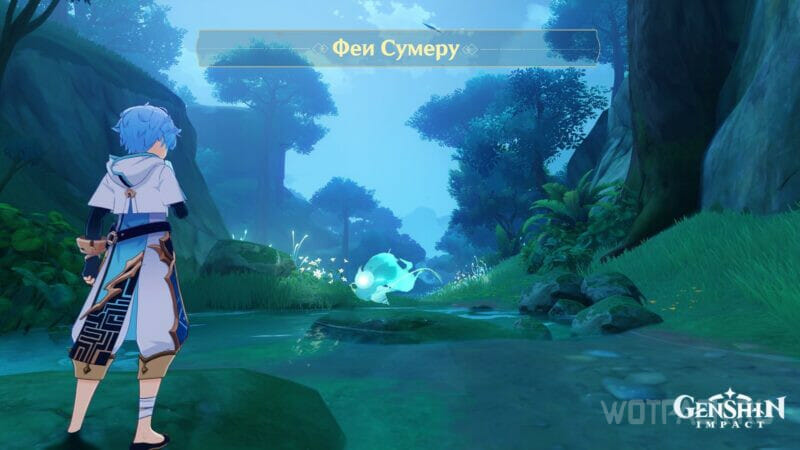 The Sumeru and desert fairies in Genshin Impact are no different from their counterparts in the Anemo and Geo regions. In the world of Teyvat, a fairy (spirit) must be led to its own statue, after which a reward will appear. Each statue also radiates an elemental trail, visible to the elemental sense, pointing to a fairy in the area. Yet the search for mysterious spirits in the Dendro Kingdom is complicated due to the complex system of underground caves. It is there that it is most difficult to search: even an interactive map does not help.

In the guide, we will show where to find all the fairies in Sumeru, including quest ones. Particular attention is paid to routes underground.

Before hiking, make sure you have accumulated maximum power. The routes are built on this premise.

All fairies in Sumeru: how to find and bring 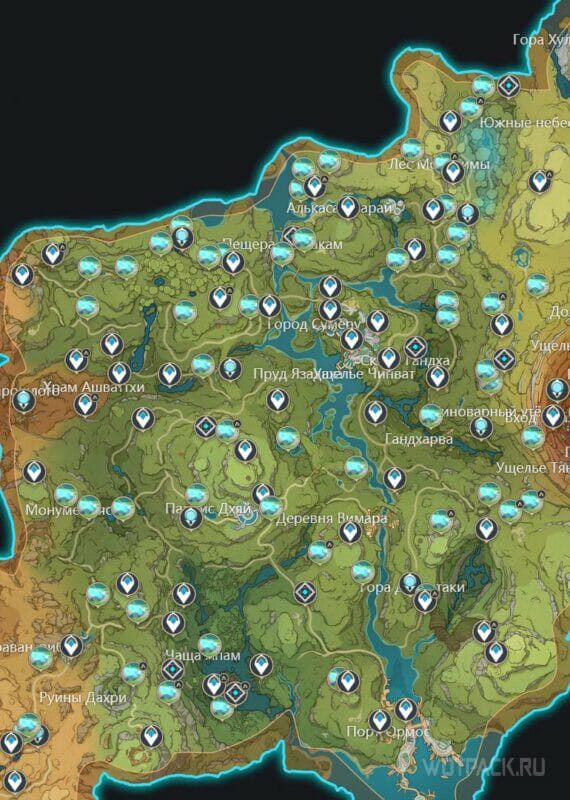 Most of the fairies in the jungle are on the surface. The following describes only spirits that are not easy to find. 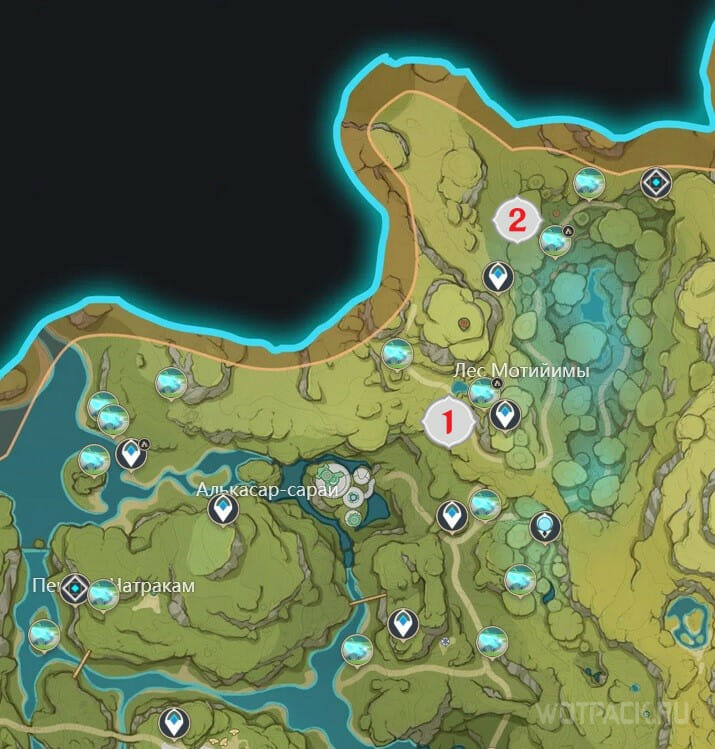 Consider 2 underground routes in this region. To find fairy number 1start from the teleporter at the fork at the Alcazar-shed, run to the cave guarded by hilichurls.

In the cave, go through the room with the big mushroom to get to the next large area with luminous mushrooms, at the entrance of which you can easily see the usual fairy. 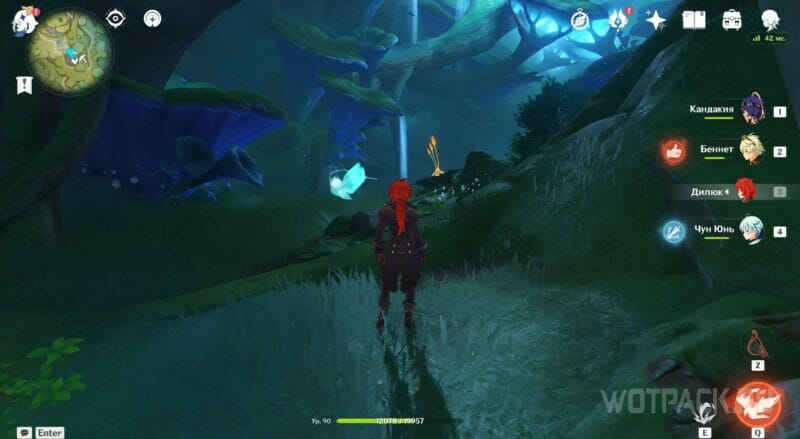 Fairy #2 is a quest. It is found as part of the quest The last chapter of the Agnihotra Sutra line and helps to get rid of the influence of Marana.

Since the village of aranar is an extremely small sub-region, limited only 2 teleports, then there are few spirits here. However, there is a special puzzle with 3 fairies that hides Luxurious Chest. Read about it in a separate guide. 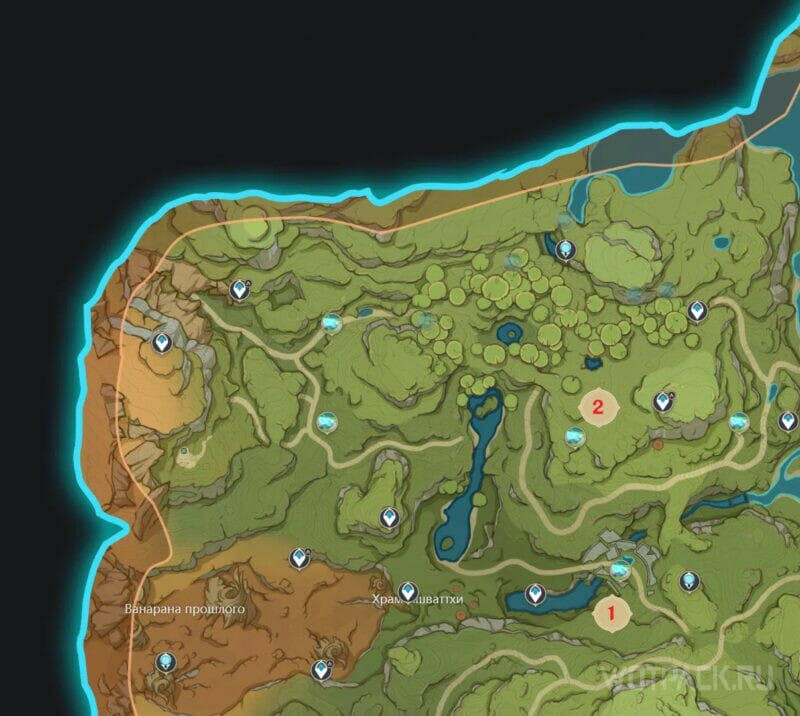 Fairy #1 be sure to meet in search of hidden teleport under water in Tsumer. For information on how to find it, read the separate guide. 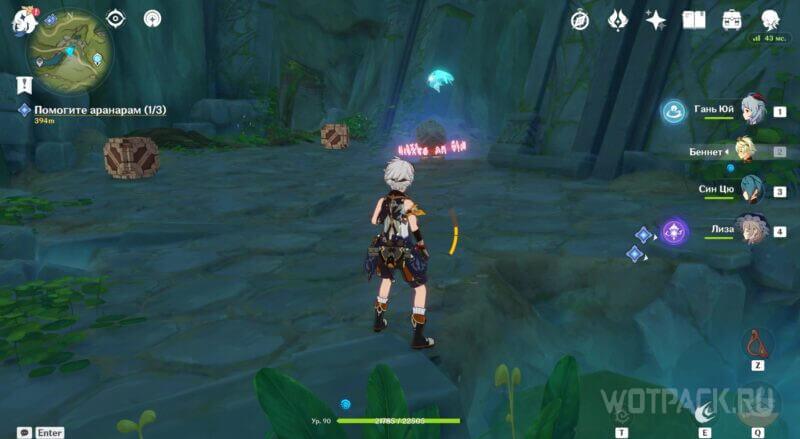 For fairy #2 run into the cave, which is south of the village of aranar. It contains an underwater wilting zone. From the teleport point, move along the left edge and turn left.

Run past the Cryo Molds. In the new area with the aranara hut, run past, into the passage on the other side of the room.

After that, go up and see a floating fairy, which will lead to the exit from the cave on the other side of the mountain. 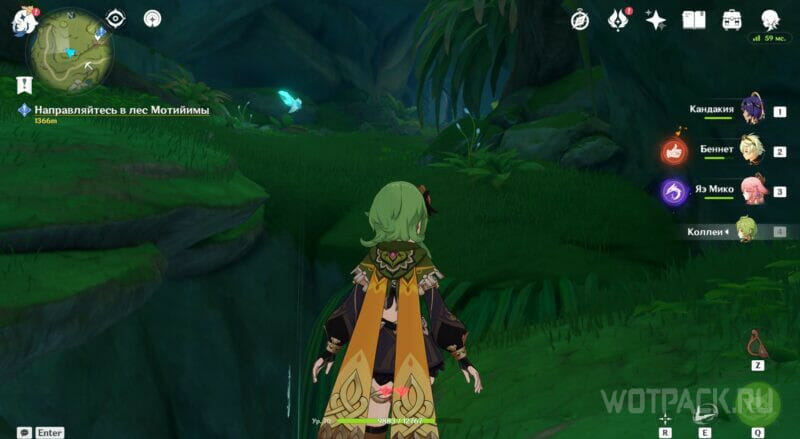 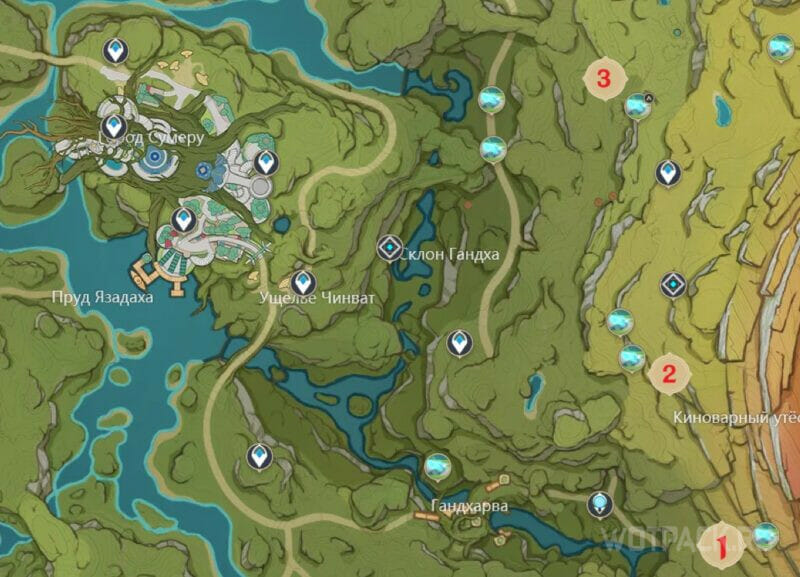 Fairy #1 found in the cave connecting Sumeru and the Rift.

Find out how to get to Sumeru and find the cave connecting the two regions in a separate guide.

Fairy #2 hovering in a cave near the Statue of the Seven Archons, which is east of Gandharva. The area is opened on the instructions of the Head of the Starry Night.

For fairy #3 go to another cave, east of the capital Sumeru. A green spirit hovers under a growth root located in the middle of a vast cavern. 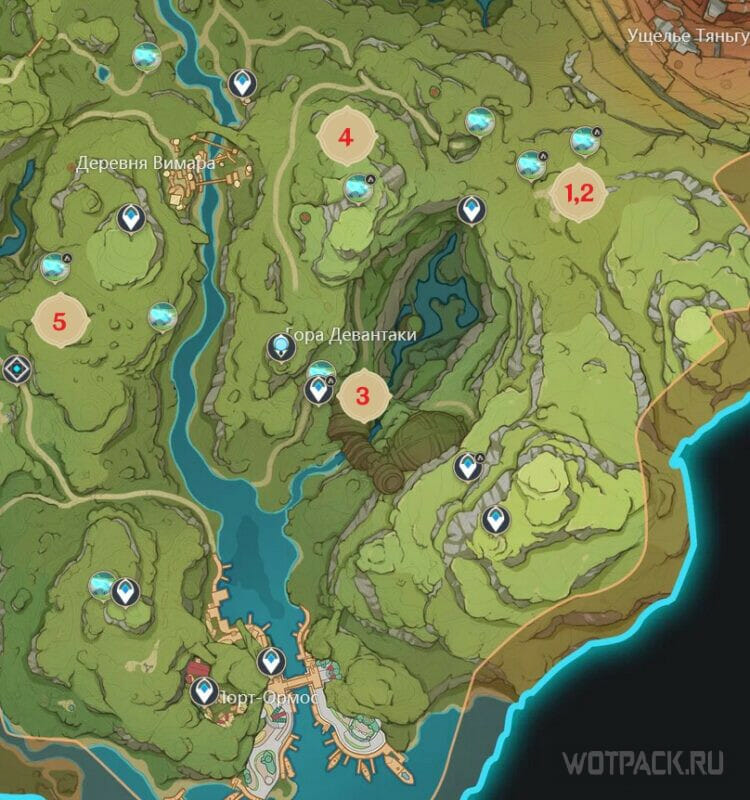 In this area, 5 fairies are hidden in caves.

Spirits #1 and 2 can be found as part of exploring the cave in the world quest Roinjan Chapter: Linga. The success of activating the quest switch depends on interaction with them. The entrance to the cave is near the teleport. 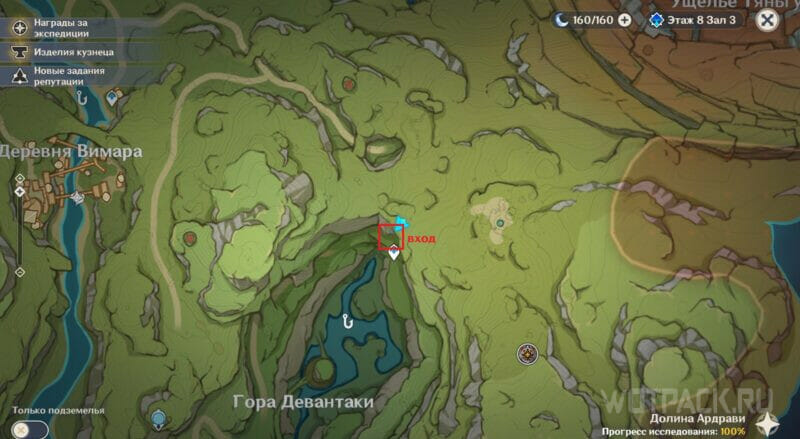 For spirit №3 go to the underground teleporter, which can be opened in the Descending to the Deva Cave quest. 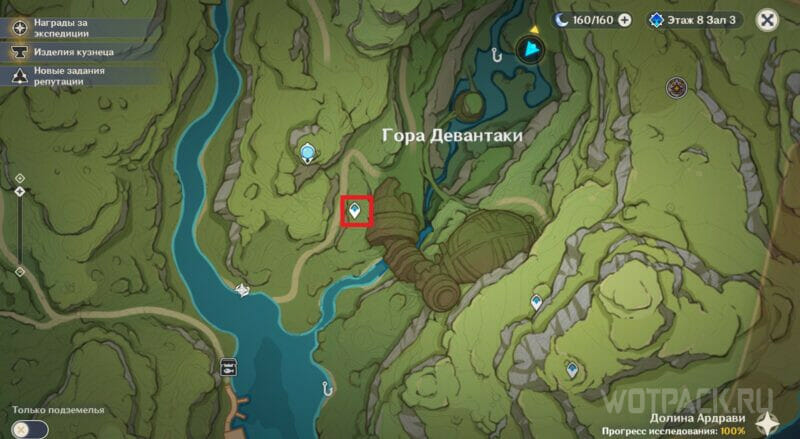 After teleporting, turn to the north and look down: a fairy will hover in the middle of the path, which will lead to an exit from the underground area. 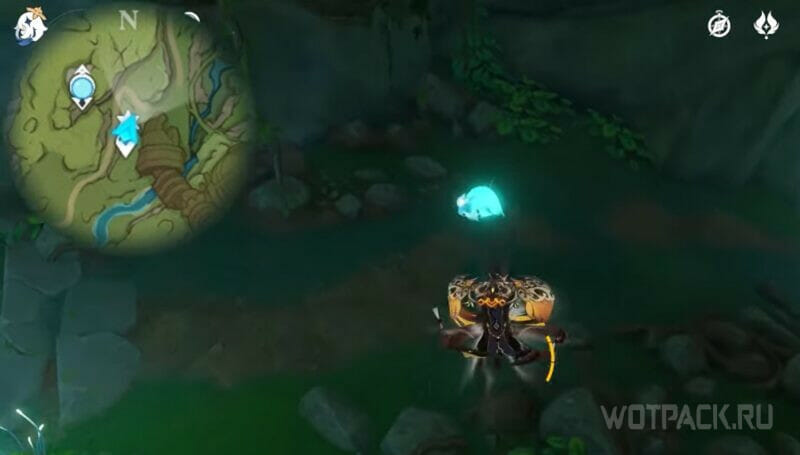 Spirit №4 will meet in the zone unlocked in the quest Head of Roinjan. It hovers behind a gear structure located in the center of the cave.

Spirit #5 flies at the entrance to the cave, studied in the quest Until the wana is healed.

An overview of all the quests of the Vimana-agama line is given in a separate guide. 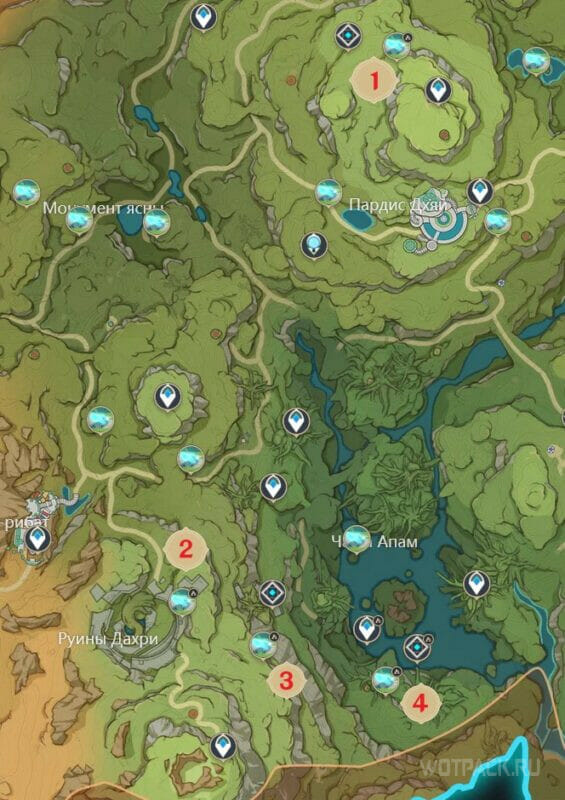 For fairy №1 run to the lake, which is east of the mountain. Climb on springy mushrooms after charging them with an Electro element. This will lead to a cave. Check the map of the underground area to find the way.

Run past/defeat the lavachurl and the molders first. The path will lead to the Dendro screen, but you need to go not there, but to the right. Take the Dendroculus that grows next to the screen, shoot the Dendro stone (charged archer shot) and a passage will open. In the new area of ​​the cave, treasure thieves have locked the fairy in a cage: deal with the enemy and rescue the spirit.

Read about other mysteries in the area in the guide to the cave near Pardis Dhyai.

Fairy #2 hovering in the depths of the Ruins of Dahri. Open them in the Enraged Piece of Iron quest. As soon as you enter the inner cave from the side of the well, immediately turn left and see a fairy.

Fairy #3 is in Grove of Dreams. Get there from the surface by jumping into the pit near the Tower of Contemptible Pride dungeon.

The screenshot shows a dungeon map with a zone where a fairy flies. 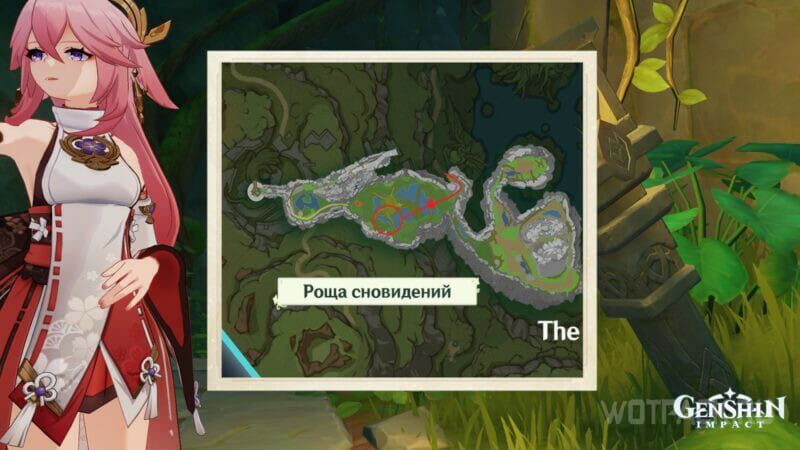 Fairy #4 flies near Varuna’s car, underground. Find out how to get there in the quest article Praying for Rain in the Fertile Land of Varuna Gata Chain.

All the fairies in the desert: how to find and bring 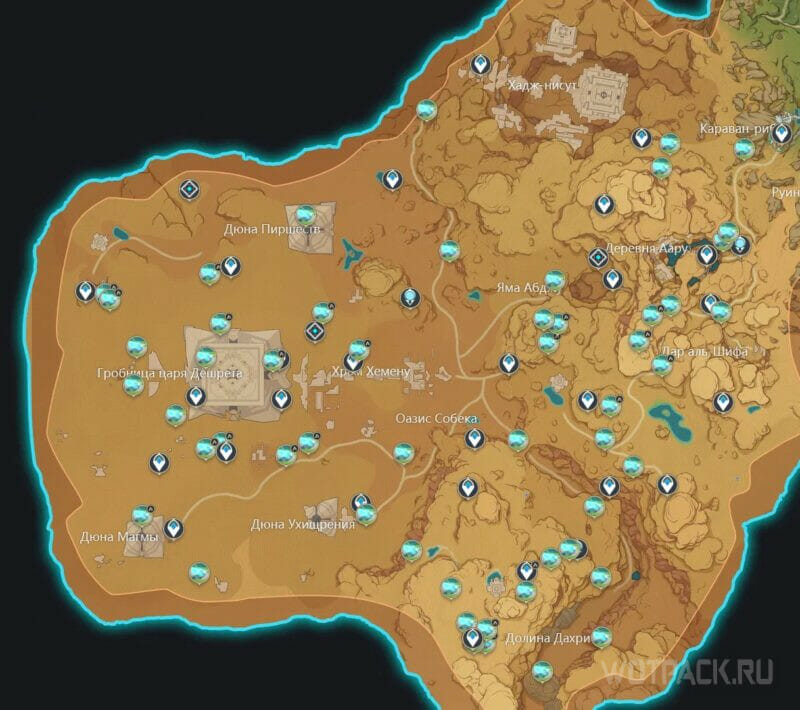 In the Sumeru Desert, 15 fairies are located in the vast caves of the location. 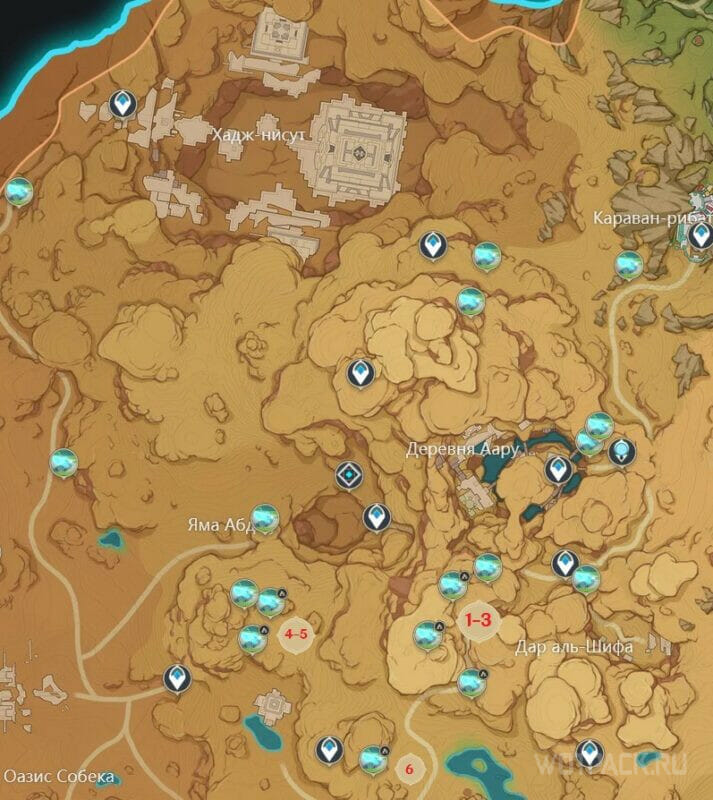 This sub-region has 6 underground fairies that live in ruins Abju roads. Explained the location of all of them in a separate article dedicated to the treasures of the dungeon. 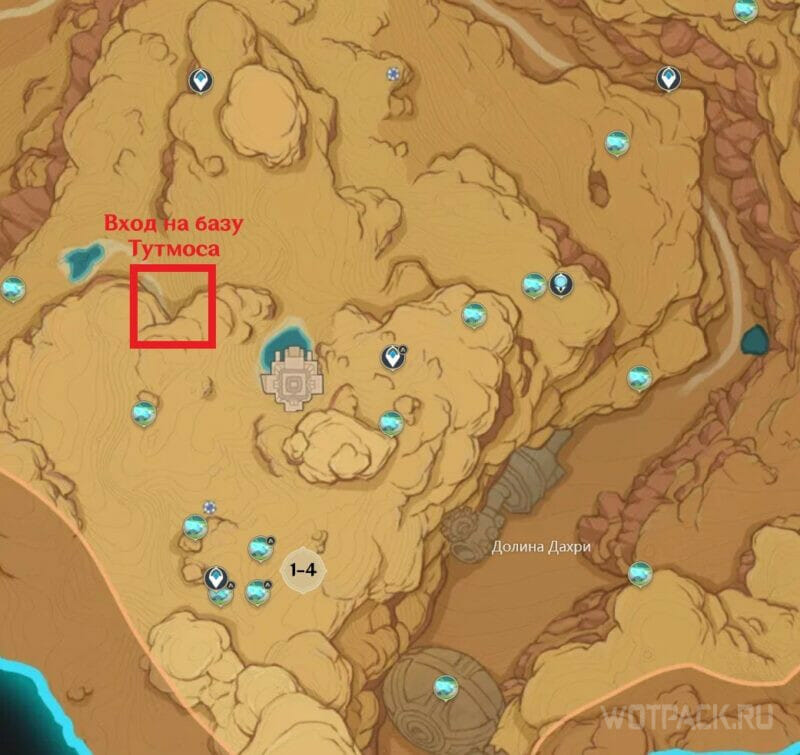 4 underground fairies in this area are located on base of Thutmose. How to open it, see Hidden Mercenaries.

After opening the door, run into the cave and immediately meet fairy number 1 at the fork. Lead her to the statue and return to the fork, turning left. After a long corridor, find yourself at the main base of the hermits. Rescue all 3 fairies (shown in the photo) nearby, from the cells to open Luxurious Chest in this room. 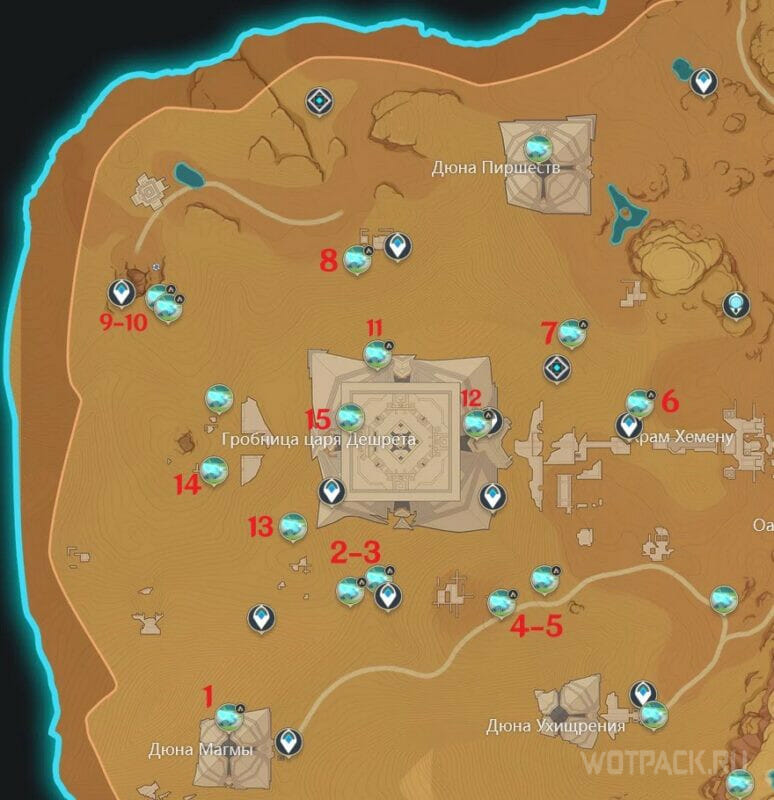 In this area, most of the points of interest are underground, so we add to the standard surface map dungeon map Desert Colonnades, marked numbered fairies and teleport markers. Check this map if you get lost. 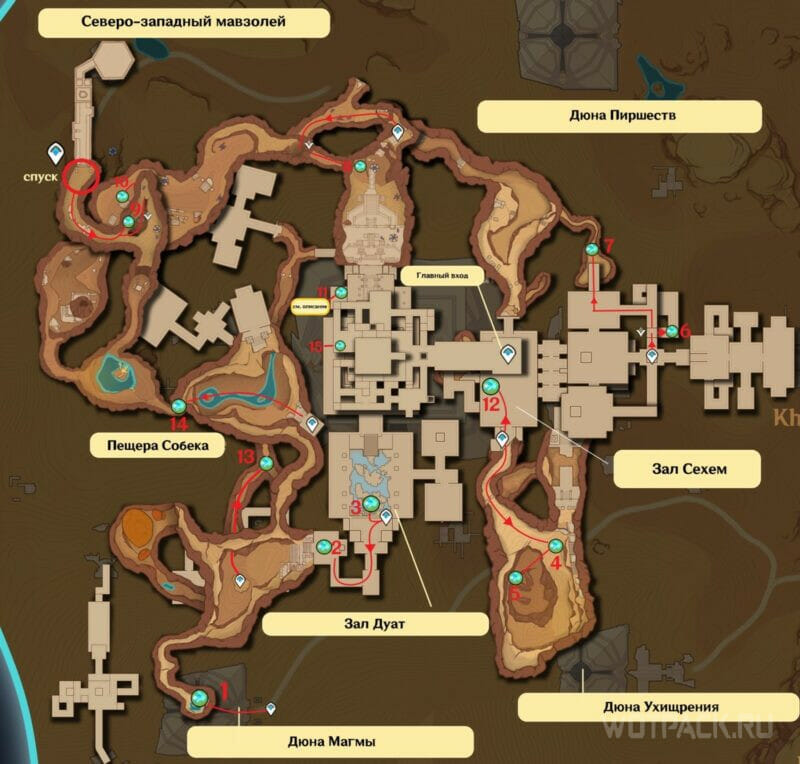 Spirit #1 is under dune magma, after the Amazing Chest puzzle. Find out how to get to it in a separate guide. 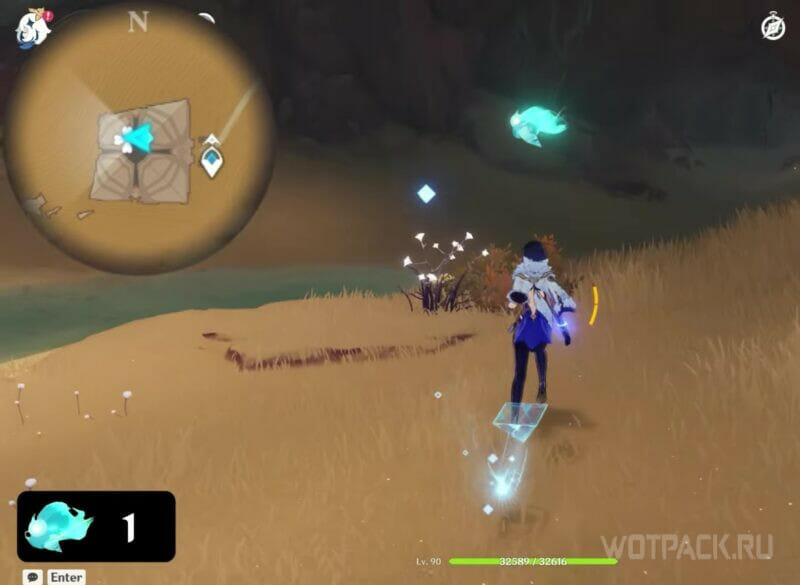 Spirit #2 lives next to the original obelisk. Start from the teleporter at the entrance to the Duat Hall and run to the left, down the stairs, to the obelisk. 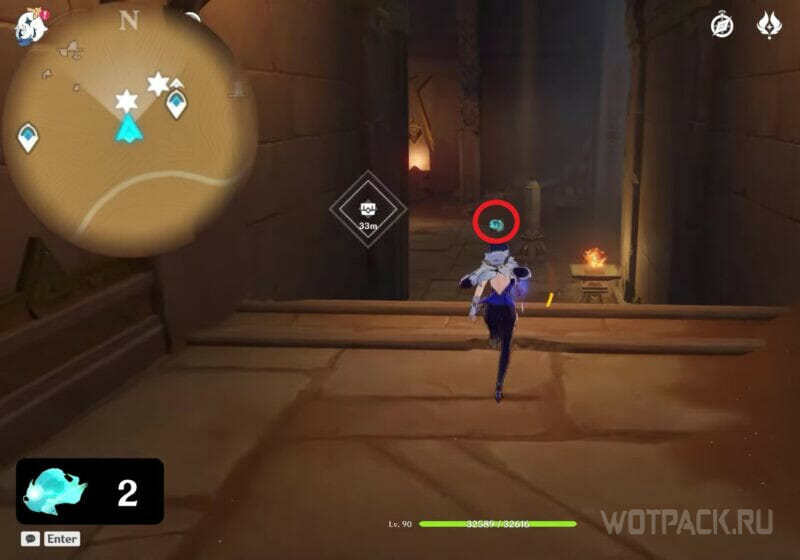 Spirit #3 flies in Hall Duat. Once in the room, run in, immediately jump down, turn 180 degrees and look down. The desired spirit hovers between the shapers. How to lead a fairy read in the guide to the riddles of the Duat Hall. 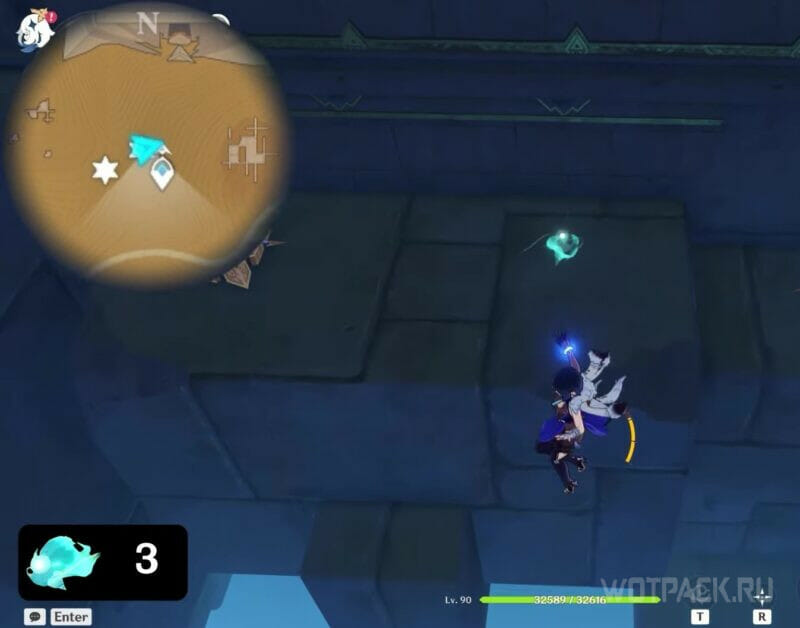 Perfume No. 4-5 are reached from the teleporter opened in the Double Proof quest. Move south to a large excavation area. The 4th is hovering over a tree branch, the 5th is near a wooden structure.

Spirit #6 located along the route from the point opened in the task Introduction to armchair archeology. From the teleport immediately to the right, then into the hole in the middle of the corridor: you will see the 6th fairy. 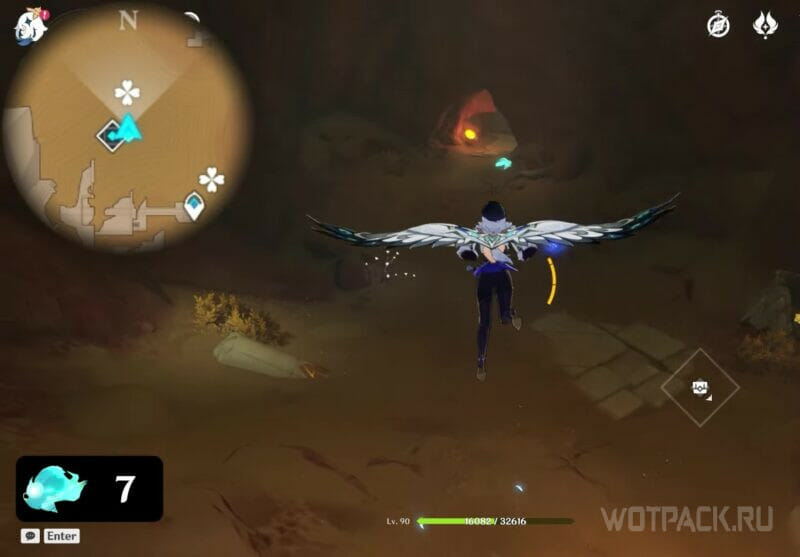 Spirit #8: from the northern teleport, opened in the quest The Secret of Al-Ahmar, run along the northern path, cross 1st abyss.

On the 2nd chasm jump down, move along the corridor cave, a pile of stones at the end of which will automatically break and a fairy will appear. Just jumping down to summon a spirit won’t work. It is necessary get aroundas indicated in the route number 8 of the map. 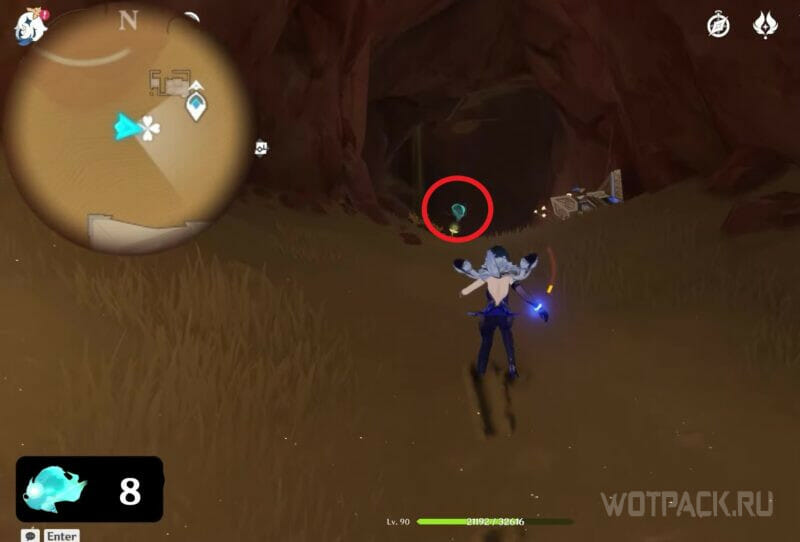 Perfume #9-10 reachable from the extreme teleport in the northwest. Jump into the hole and head south. Site number 9 next to the Fatui tent. Place #10 is below ninth. Jump into the abyss and see a floating fairy.

To get to spirit №11, start from the teleport, as in route number 8. Immediately jump down and go through the small door under the main entrance to Deshret’s pyramid. Run all the way into the wall and notice the elemental fairy.

Spirit #12 hovering in the hall, where you can walk from the teleport, opened in the quest Double Proof (the same one from which places 4-5 were checked). Enter the Hall of Sekhem and hover looking out to the left side of it. 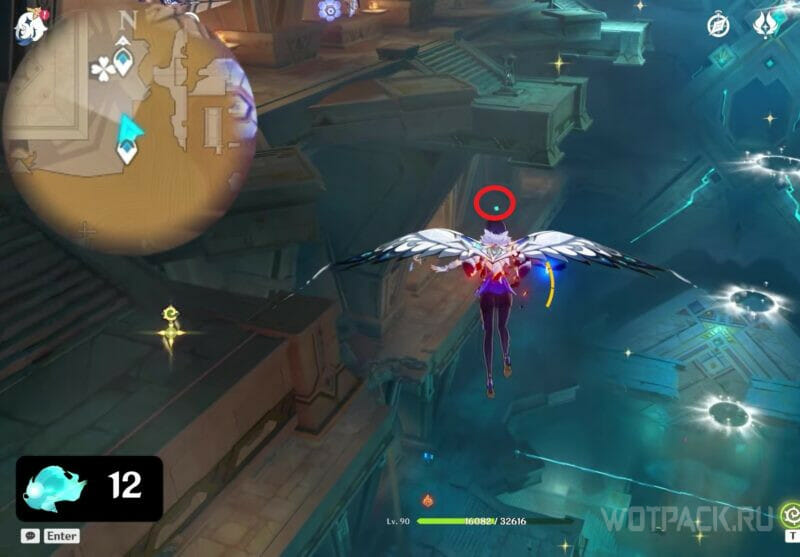 Fully studied the Hall of Sekhem for rewards in a separate guide.

Ghost #13 we find by advancing north from the hidden teleporter, which stands north of Magma Dune. How to access underground teleports, read in a separate article. 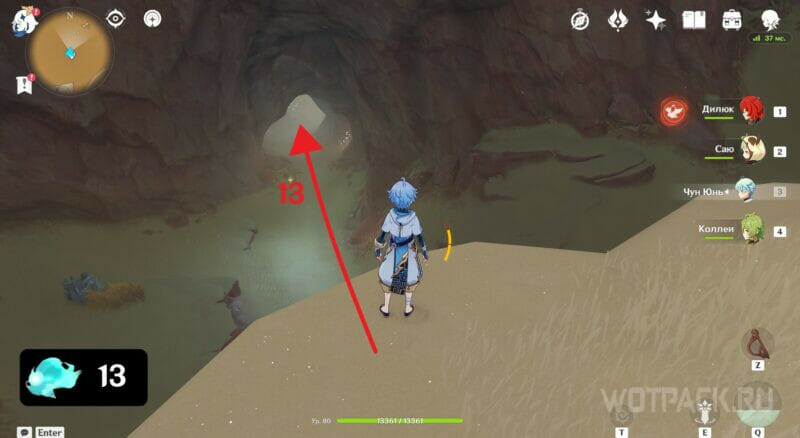 Spirit #14 located in Sobek cave. Reachable from the teleporter unlocked by The Secret of Al-Ahmar. The fairy is located in a narrow cave passage, entering which it cannot be missed. 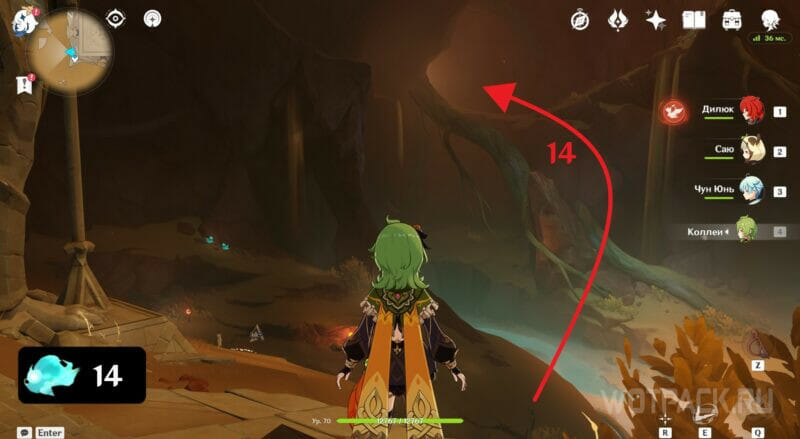 Spirit №15 You will find it by going from the point opened in the task The Secret of Al-Ahmar, which is at the entrance to the Tomb of King Deshret. Run straight from the teleporter.

In the room with the sphinxes and the hole in the floor, to the right. Further to the fork: do not turn off at it, keep straight (west). After entering the spacious room, go west to another corridor.

On the way in the corridor you will meet an hourglass. It will lead to the right place – to a room with a clock and a fairy. A guide to the Tomb of King Deshret will help you get comfortable in the labyrinths of the main pyramid of the deserts. 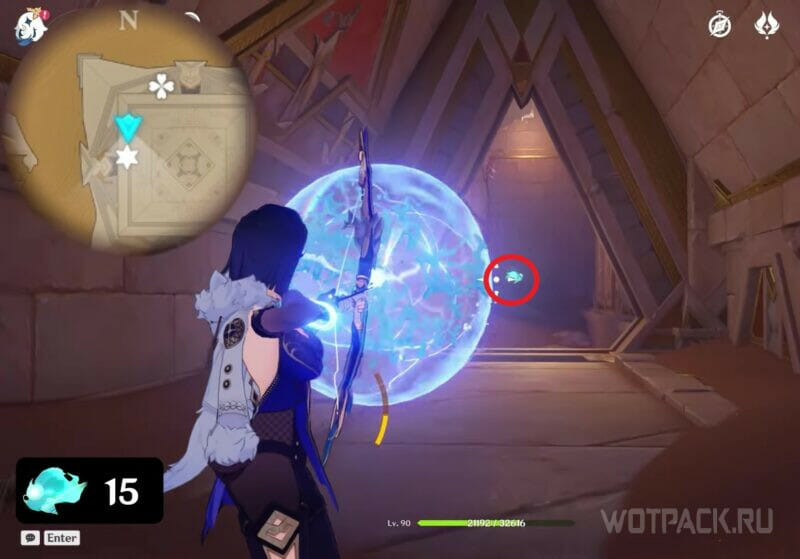 Achievement Conduit in the thicket in Genshin Impact 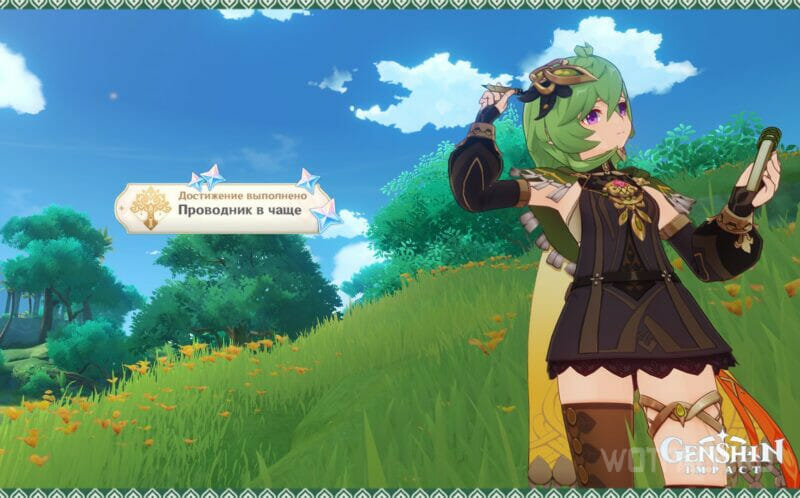 There are 3 achievements under this name. Their condition says follow the fairies and open the fairy garden in the following regions: Avidya Forest, Lokapal Jungle, Ardravi Valley, Ashavan Land, Vishudhi Grasslands, Lost Nursery, Vanarana. Each one is unlocked when the Traveler brings the following number of fairies to the statues:

The Desert Achievement will show you the way to Genshin Impact 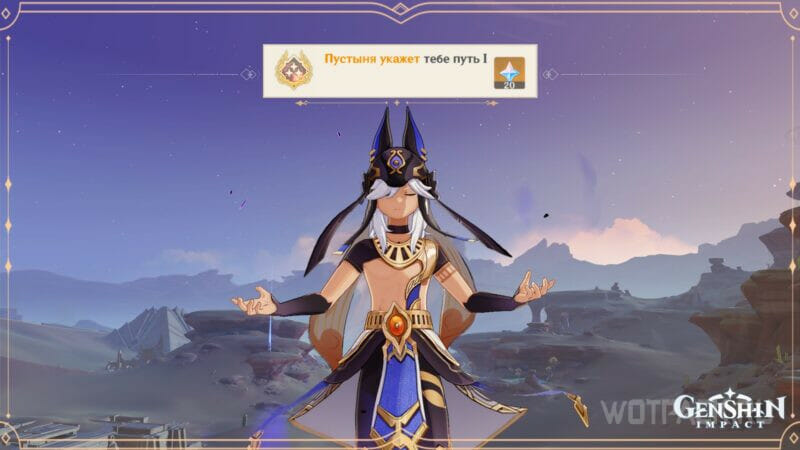 A series of 3 achievements is awarded for escorting spirits to statues in the desert sub-region. Their condition: bring the fairies to their gardens in the regions Desert of Colonnades, Land of Upper Setekh, Land of Lower Setekh.

We hope that the guide dedicated to the fairies of Sumeru and the desert in Genshin Impact was clear and helped to move forward in the search for chests. If you have any questions about the whereabouts of the fairies, write about it in comments to Article. Bookmark your favorite articles. Follow other Genshin Impact guides on our website.

Hummer “electric bike”: everything in excess, like the electric pick-up – Frandroid