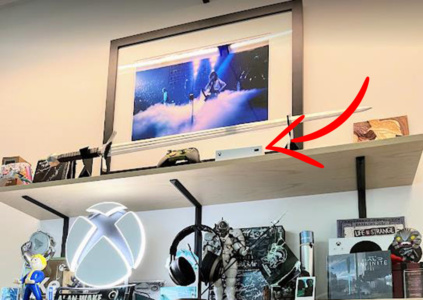 About a month ago, Microsoft Gaming CEO Phil Spencer showed off a dedicated Xbox device for game streaming. And now he told why the company has postponed its plans to release this device.

“It turned out to be more expensive than we wanted when we actually built it with the hardware resources that were inside,” Spencer said during a discussion of a prototype Keystone device that was recently seen on a shelf in his office. “We decided to focus this team’s efforts on building a smart TV streaming app.”

However, this does not mean that Microsoft has completely abandoned the idea of ​​​​creating an Xbox console designed for streaming. Spencer clarified that the company “remains focused” on Keystone and is considering getting a price target. He added that Microsoft wanted to end up with a $129 or $99 device. However, given the silicon components used and the bundled controller, such a streaming console was close in terms of cost to the Xbox Series S, which retails for $299.

Spencer says the Keystone prototype “looks like an Xbox with a user interface and it works.” The team created the console in just 9 months. Now the device just sits on a shelf in his office. He added that some employees took the Keystone and the device “worked very, very well.”

Now, don’t expect a Microsoft streaming device to hit the market anytime soon. Spencer added that in the future it may appear, but “it will happen in years.”

Starfield: Phil Spencer: Postponing the game was the right decision

Splinter Cell remake will be playable without a single kill

Amazon Announces Warm Up Black Friday With Up To 50% Off