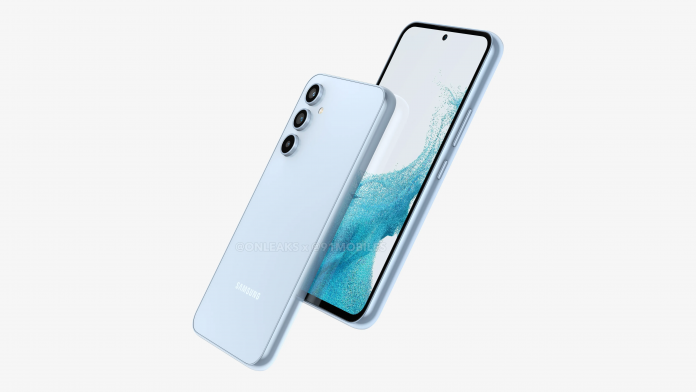 The first renders of the Samsung Galaxy A54 were published on Monday. In terms of design, the device is very similar to the upcoming Galaxy S23 (Plus).

After we were able to take our first look at the Samsung Galaxy S23 at the end of September, this time it is the Galaxy A54’s turn. Via rumor spreader OnLeaks a series of renders of the upcoming midrange device came out on Monday. The design excels in simplicity and is reminiscent of the Galaxy S23. Just like with the high-end smartphone, we see three camera sensors packed in cylindrical modules on the A54. Also comparable is the LED flash that is placed next to the ‘circles’ and is sunk into the housing.

The South Koreans definitively embrace the design they introduced with the Galaxy S22 Ultra. The manufacturer then abandoned the camera island and introduced the cylinder modules. Other design elements of the Galaxy smartphones remain largely unchanged. The front therefore contains, just like the S23 and previous A-series smartphones, a flat screen with the Infinity O hole-punch notch in the top center.

The screen of the Samsung Galaxy A54 is said to be a 6.4-inch model. Other details about the screen are not revealed. We suspect that Samsung opts for an AMOLED screen, with a 120 Hz refresh rate and Full HD + resolution. The fingerprint scanner of the midrange phone will also be in the screen, as there is no room for such hardware anywhere else on the device. As far as the chipset is concerned, all options are open; Earlier reports show that Samsung is considering using the brand new Exynos 1380, a midrange chipset of its own making. 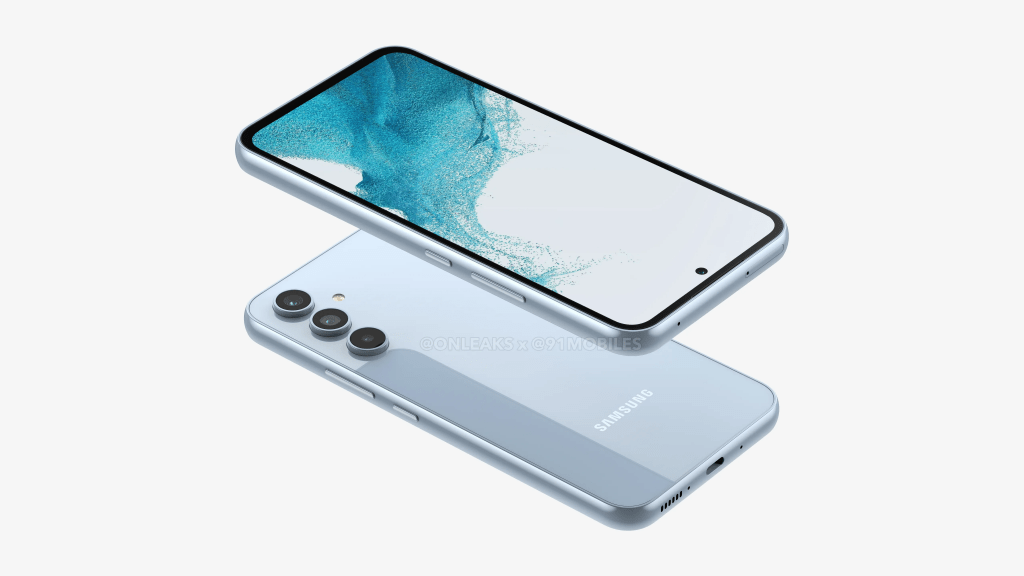 Prices of the device also remain unknown. Samsung released the Galaxy A53 for 449 euros. However, with the changed economic situation, a higher price tag would not surprise us. If it all becomes a bit too pricey for you, you will therefore have to rely on the Galaxy A53 for the time being.

No longer a co-founder. Shevchenko cut ties with Abramovich