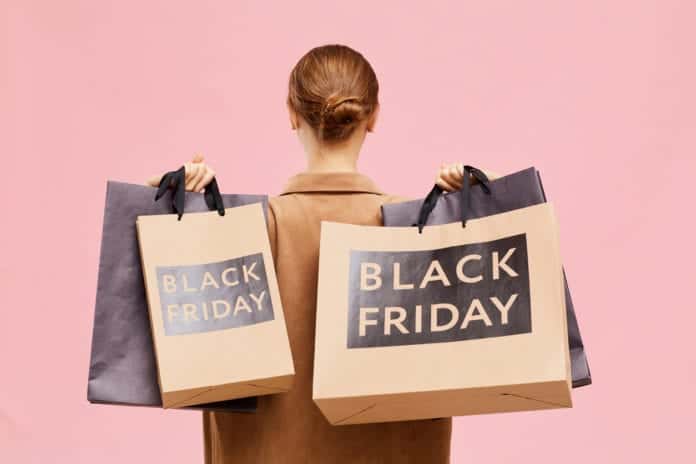 The shopping festival called Black Friday starts on November 21. A week in which you can find the best deals of the year. But what is Black Friday?

Get your wallet out because Black Friday is just around the corner! Next week the prices of your favorite products will drop to unprecedented lows and it’s time to strike. Sounds like a delight to many, but where does the phenomenon actually come from? You can read it in this article.

The tradition of Black Friday originated in America. It is always held the day after Thanksgiving and marks the start of the holiday shopping season. Then, in principle, most American employees have time off. Except for the retail employees. For them, Black Friday is 24 hours (or longer) of toil and sweat. Due to the large discounts that stores give, sometimes up to 75% in America, Black Friday attracts crowds of people every year. Some shops are open from night on that day. At times it is literally fighting to get into the shops and get the best deals. This playful video on 9GAG is definitely recommended to get a good idea of ​​this. The corona pandemic may mean that things are a bit quieter in the shops, although you never know with Americans.

It’s nice to take a moment to think about where the name ‘Black Friday’ comes from. There are actually two different theories. The name Black Friday has its origins in the 1950s and comes from a context that has nothing to do with retail at all. In Philadelphia, the term was used by police to denote the typical crowds in the streets the day after Thanksgiving. Just think of the expression that we also know in Dutch “seeing black of the people”. Since the city of Philadelphia experienced a massive immigration of African-American citizens after World War II, one wonders if the phrase didn’t have negative connotations.

Partly for this reason, a different theory has been developed since the 1980s. This theory states that Black Friday revenues allow retailers to enter their figures ‘in the black’ from the end of November. That has nothing to do with tax evasion as we use the term ‘in the black’. In America it was tradition to write losses in red ink in the accounts. Due to the success of Black Friday, they would suddenly compensate all losses with this day and register positive figures. Thirty years ago, this day was considered the highlight for retail.

Blown over to Belgium

Partly due to globalization and the increasing importance of e-commerce, it was inevitable that Black Friday would make its way to Europe sooner or later. Fortunately, in Europe it is a much more civilized event that mainly takes place online. It is also becoming an increasingly important event for retailers in Belgium. That is why Belgian retailers are also starting to unpack with stunt prices for Black Friday. With Amazon as a new platform in the Belgian retail landscape, it’s all about who can deliver the best (tech) deals.

A good opportunity for us to start thinking about Christmas gifts. You will definitely see the best electronics deals on TechPulse. You can find all deals via our handy overview.

The rising popularity of Black Friday can also be expressed in numbers. According to a research report by Ingenico, 11% more transactions took place in Belgium during Black Friday in 2018 than in 2017. The number of transactions on Black Friday is on average 68% higher than on a ‘regular’ Friday. Whether Black Friday will break records again in 2022 remains to be seen. Especially with the unprecedented changes in the Belgian economy.

Terry Crews, star of crazy Old Spice commercials, wants to be in the Gears of War film adaptation

WoW: Dragonflight: This happens at the end of the Dracthyr caller quests!

Avatar 2: The Way of Water with tremendous running time