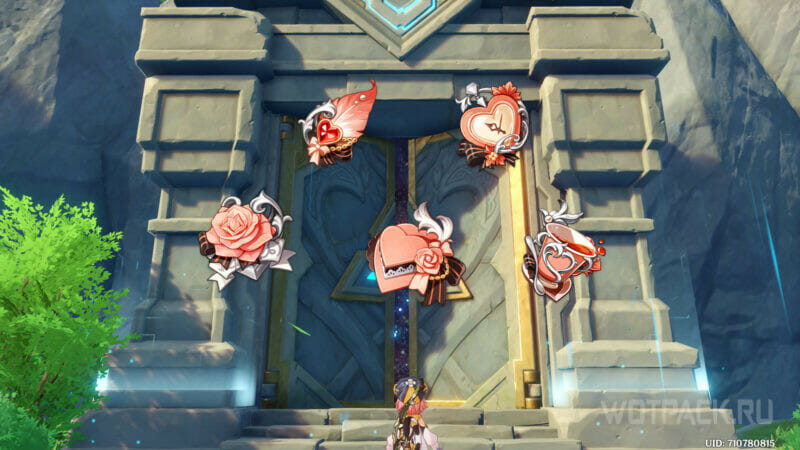 Beloved Young Maiden in Genshin Impact – Healer Artifact Set from in Mondstadt, rarity 4-5 ⭐. It can be called universal for characters responsible for restoring HP in the squad, as it enhances the healing function. However, for some healers there are better options, and instead of a full set, it is sometimes more profitable to put 2 + 2 parts.

In the guide, we will tell you who to put the Beloved Young Maiden on, what to combine it with and how best to use it.

Where to find Beloved Young Maiden Artifacts in Genshin Impact

The main way to get artifacts from the Beloved Young Maiden set is through the Valley of Memories dungeon. To do this, you need to pass the test and spend 20 units of original resin or 1 thick resin. The number and rarity of the set pieces depend on the difficulty level of the test:

5⭐artifacts can be obtained with some chance, starting from lvl 4 of the dungeon. Guaranteed 1-2 gold artifacts for 20 resin will be only at level 5, the last one. ⭐4 set artifacts drop out at lvl 2 and above. 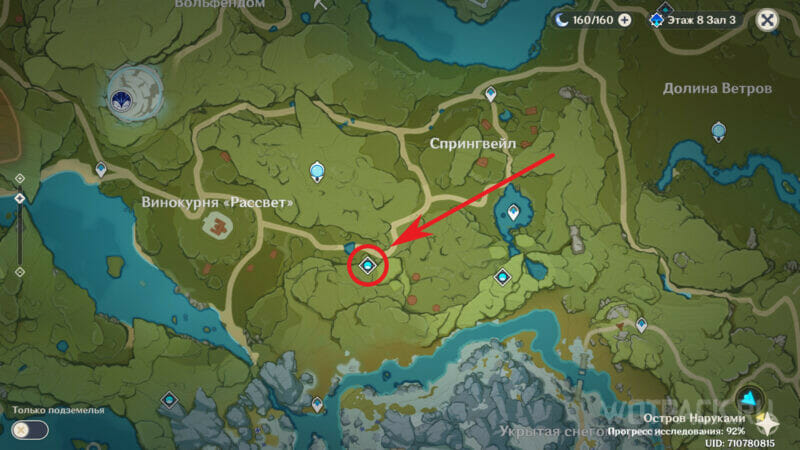 An alternative way to farm is Mystic Offering through the Alchemy Workbench, which is found in the city of each region. To get one 5⭐ artifact from the Beloved Young Maiden set, you will have to spend three 5⭐ from other sets or the same one. The Mystic Offering becomes available only at Adventure Rank 45. 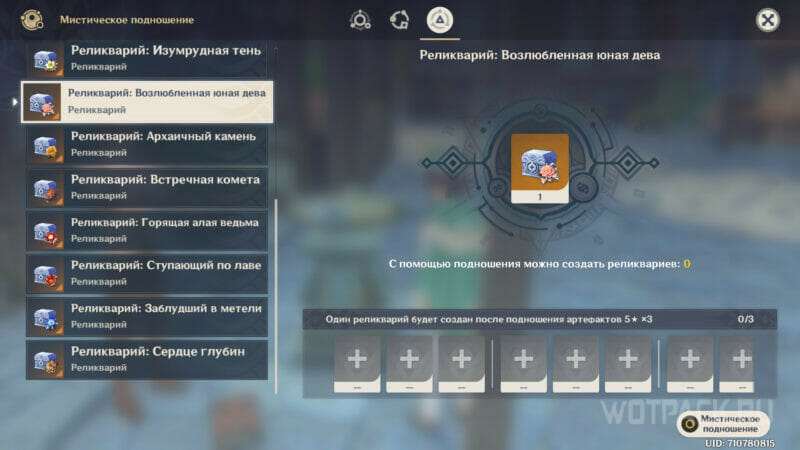 The set is aimed exclusively at treatment. Most often, only two pieces from the set are used, combining them with others and thereby achieving greater efficiency from healers. Such a “hybrid” build helps not only increase healing, but also enhance the combat or support skills of the heroes.

2 items: The character’s healing bonus is increased by 15%.

4 subjects: After activating the E-shki or the character’s ult, the received treatment of all members of the squad is increased by 20%. The effect lasts 10 seconds.

Who is Beloved Young Maiden in Genshin Impact

Beloved Young Maiden is suitable for all characters with the healing skill. Heroes such as:

Barbara. This set suits her perfectly, as Barbara’s main function is healing, and she does it from both her E-shki and her ult. This makes both parts of the kit (2 pieces and 4 pieces each) effective for her. Kokomi. Her role in the squad is to restore HP to other characters, and her elemental skill and elemental explosion also perform the healing function for her. Therefore, on Kokomi, you can either put a complete set of the Beloved Young Maiden, or combine it with other sets. Qi Qi. The set will make her an excellent healer, however, instead of a set of 4 artifacts, it is better to take 2 and supplement them with two others. The fact is that Qiqi’s ult accumulates for a long time, and basically it heals from E-shki. Therefore, it will be better to add 2 pieces from sets aimed at attack power. Cookie Shinobu. She heals from an elemental skill. The amount of HP restored depends on her maximum health, in addition, she loses part of this indicator when activating the E-shki. Therefore, it would be more efficient to put on it 2 artifacts of the Beloved Young Maiden and 2 Millelite Fortitude.

For some heroes, this set also works well, but there are better or equivalent alternatives:

Dory. Since she heals from her ult, this set is perfect for her. However, if healing is enough even without a set, you can give preference to support sets, for example, Ceremonies of the Ancient Nobles. Dion. In addition to healing, she also gives the squad members a shield, so in her case it would be better to put two pieces of this set, and two of the other. Like Dory, she will benefit from wearing strengthening sets. Sayu and Jinn. These two heroines are also suitable for this set, however, their healing depends on the attack power, so it will be more efficient to supplement it with two artifacts from the sets on the attack power. In addition, due to their element, they can act as carriers of the Emerald Shadow set and cut elemental damage resistances, increasing the damage of the unit, so the Beloved Young Maiden set is situational for them. Noelle. If this heroine performs the function of treatment in the squad, she can be equipped with 2 artifacts from this set. But this set will not reveal her full potential, so it would be better to combine it with others. Bennet. You can put a full set if the team already has a bearer of the Ceremony of the Ancient Nobles, and the damage from this hero is not required.

The 2-piece set bonus is very useful for healing characters. To supplement it and achieve the most effective treatment, you can add 2 pieces from the Mollusk of Sea Colors set. The set effect is similar: it adds 15% to the character’s healing.

In addition, you can combine this set with others based on the talents of the hero. For example, characters whose healing depends on maximum HP (Barbara, Kokomi, Kuki Shinobu and others) can be given a set of 2 Millelite Fortitude artifacts. In the event that the talents include both health recovery and shield creation (Noelle, Dione), Beloved Young Maid can be combined with sets that increase overall health or protection. Heroes that heal from attack power (Qi Qi, Djinn and others) should add 2 artifacts from sets such as: Gladiator’s End, Shimenawa’s Memories, Cinnabar Afterlife.

We hope our guide helped you figure out who the Beloved Young Maid in Genshin Impact is for. If you have any questions about where to find a set or who to bet on, ask them in comments. Follow our other guides to easily find the best equipment for your heroes.

The physical edition of Halo Infinite is available for purchase for only 19.99 euros with today's offers

Hogwarts Legacy: A thick chunk of gameplay in the video