Attention Soulslike fans! We at XboxDynasty.de had the opportunity to interview Masaaki Yamagiwa and Masakazu Hirayama, producers of the upcoming title Wo Long: Fallen Dynasty. Here, of course, we asked a few questions about the new genre representative, how could it be otherwise.

Please briefly describe the game and explain what Xbox players can expect.

Wo Long: Fallen Dynasty is set in the Three Kingdoms of China. The game is set in the late Han Dynasty. You play a nameless soldier in a war-torn world,” Masakazu Hirayama told us in an interview.

“Wo Long: Fallen Dynasty combines a world of fantasy with realistic Chinese action. For example, while exploring the Three Kingdoms, you will encounter Chinese demons and must defeat them.”

“For Xbox players, Wo Long: Fallen Dynasty will be included in Xbox Game Pass at launch,” added Masakazu Hirayama.

You’ve chosen to publish Wo Long: Fallen Dynasty directly to Xbox Game Pass and Xbox fans are celebrating you for it. But what was the reason for this decision?

“More and more big titles are coming to Xbox Game Pass, and more and more are coming. As a company, we want that kind of challenge and will be releasing Wo Long to Game Pass at launch.”

“We’ve wanted to do something like this for a while and it’s a huge opportunity for Team Ninja. At Team Ninja, we’re excited that so many players will be able to play and enjoy Wo Long: Fallen Dynasty right at launch.”

“And for some players, entering the Three Kingdoms will actually be their first experience with Soulslike Games. So it will be a great opportunity for many players.” 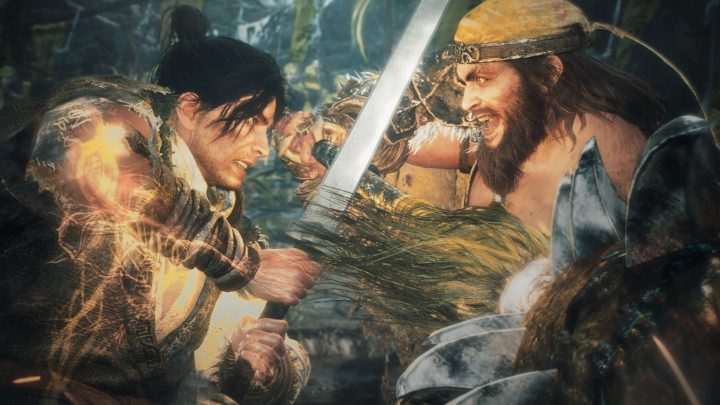 “Developing Wo Long: Fallen Dynasty for the Xbox platforms was really, I don’t want to say easy, but it was a very good experience. There were no problems and the development just went well,” Masakazu Hirayama told us in an interview about the development.

Here, too, it is once again confirmed that development on the Xbox platform is generally unproblematic and the developers do not encounter any major complications. We also asked about different quality settings, a performance & quality mode. When asked at what resolution and frame rate the game will run on Xbox Series X|S, the answer was as follows:

“On the Xbox Series X and on the Playstation 5, Wo Long: Fallen Dynasty will run at the highest quality level with 4K and 60 frames per second,” Masakazu Hirayama told us.

“There will also be options for players who are more focused on framerate or on triggering. Options as known from other Team Ninja games. So you can definitely look forward to having different settings available when you launch the game.”

Now let’s move on to the gameplay questions in Wo Long: Fallen Dynasty.

How long does it take to finish the game as a casual gamer? So I mean casual gamers here, not speed runners.

“Estimated gameplay is 40 hours of gameplay just for the main story! There are also side missions and endgame content. Of course, if you focus on that, the 40 hours will be significantly exceeded,” Masakazu Hirayama told us in an interview.

He added, “Specifically for casual gamers, we try to make the game fun and enjoyable with the different challenges that exist in the game. One can use these challenges to learn enemy attack patterns, parries and blocks, and the game in general. You can also play online with a friend so you play in a group to make it a little more accessible.”

“You are also allowed to recruit NPC characters to help you. Here in particular, famous Chinese military commanders, the warlords, fight alongside you. So there is more than one option for new players to customize the game to suit their play style.” 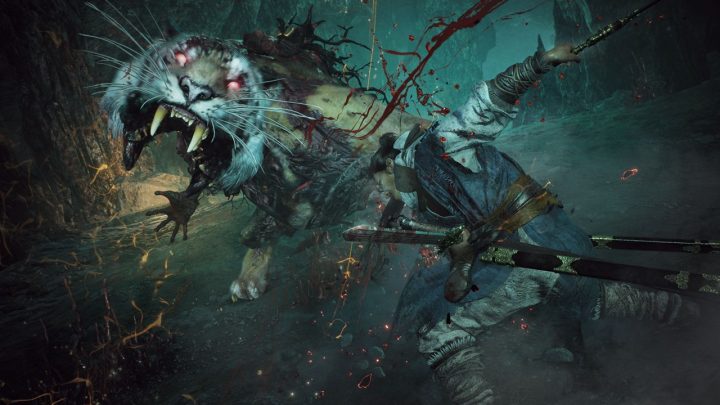 So we have over 40 hours of gameplay, quite a few side missions and end-game content. Of course, the question arises: What about DLCs?

“We have not released any details about DLC content, such as a season pass, at this time. The additional content will not only be available to Game Pass holders, but to all players.”

You probably know it from other games: you’ve finished the story, all side missions are done, the end-game grind is served. So what to do?

Will there be a New Game+ mode after the game is over?

“Like other Team Ninja games, Wo Long: Fallen Dynasty will have a New Game+ mode. You’ll be able to unlock different difficulty levels, weapon levels, and new rare weapons that you couldn’t see in the first playthrough. So there’s a lot of stuff to unlock. The more you play, the more accessible the game becomes for you.”

For me as a player who likes to despair in Soulslike Games, one question was particularly important and you may have already gained experience yourself: There are games that are not beginner-friendly and difficult to master, but how does it work with Wo Long: Fallen Dynasty out?

“Wo Long: Fallen Dynasty will also be accessible to new players. But it will be a challenge at one point or another. Especially fans of Soulslike Games and the Nioh series will enjoy the difficulty of the game,” Masaaki Yamagiwa and Masakazu Hirayama shared with us.

“For new players who may not have played a Soulskile game before, there will be a variety of systems that will allow players to approach the game and the various challenges with a strategy that suits their playstyle. In the morale system you can increase your morale rank. As your rank increases, you become stronger. You can level your character according to your playstyle.”

“You level up your rank by finding flags and capturing territories. Defeating enemies, you know, heavy enemies will also increase your rank. There are RPG elements that you can use to build and strengthen your character. For example, your playstyle will change as you focus on magic. There are many different ways you can approach the challenges in Wo Long: Fallen Dynasty.” 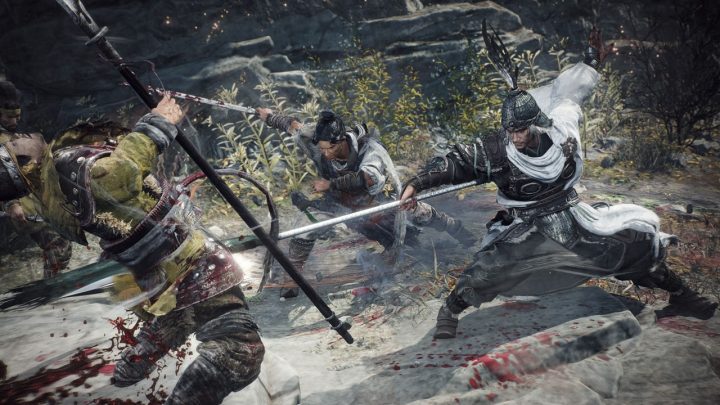 Did you play the demo that was available on the Microsoft Store for a period of time? Yes, we did, so of course we asked here how many tries the team needed for the boss “Thang Lian”.

“It is of course difficult to answer this question: During the development of a game, we play various passages several times and have often defeated the bosses, which of course makes it easier for us to defeat a boss,” Masakazu Hirayama told us in an interview.

“Many players had difficulties with certain parts of the demo and gave us feedback on them. We have taken this feedback and will use it to offer every player the best possible experience. Anything that feels unfair in the game robs the player of the positive gaming experience. So our goal is that nothing feels unfair, but still provides a good challenge.”

Let’s stay with Thang Lian. He has two, let’s call it, phases. Will there be opponents that have more than two phases?

“We can’t say exactly how many phases some bosses will have, that would be a spoiler,” Masakazu Hirayama told us in an interview, adding here: “What we can tell you is that players can look forward to finding out for themselves .”

Unfortunately, we are already coming to the end of the interview here, but of course we still had to ask one question:

Is there anything else you would like to say to the XboxDynasty.de readers?

“What we want to say is that we hope all Xbox fans and Game Pass users will look forward to playing the game right on release day when it comes out in March next year and the world of Wo Long: Fallen Dynasty as well explore the Chinese action implemented in it. We’ve received a lot of feedback from many players on the demo and we’re working on taking that feedback and improving the game as much as we can before release.”

“We just want to bring Wo Long’s unique style to players around the world and we really hope you enjoy when the game launches on March 3rd, 2023. There will also be many enemies and groups that you haven’t been able to get to know in the demo. So look forward to lots of new content and great things to see in the final version of the game.”

FIFA TOTW 9: the ninth Team of the Week is here, the last one before the World Cup break

Cheap electric car: which model to choose in November 2022?

Twitter will adopt one of the best features of WhatsApp

PlayStation Store discounts: PS4 and PS5 games not to be missed for 1.99 euros

iPhone 15 Pro will not have physical buttons for power and volume, says a well-known insider