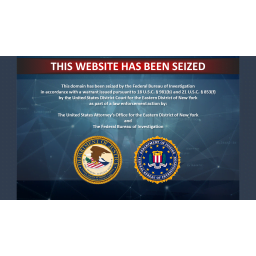 Two Russian nationals have been indicted in the US for running a popular e-book piracy site that has been used by thousands of students, professors and other people around the world.

33-year-old Anton Napolski and 27-year-old Valeria Ermakova of St. Petersburg were arrested in Cordoba, Argentina on November 3. They are accused of copyright infringement, fraud and money laundering in connection with their management of the Z-Library site.

“The defendants illegally profited from the work they stole, often posting the works within hours of publication, victimizing authors, publishers and booksellers in the process,” said US Attorney Brion Peace.

The two ran Z-Library for over a decade.

The shutdown of the Z-library domain caused disbelief and outrage among students around the world who used the site to access pirated versions of expensive textbooks and manuals that are unavailable in some parts of the world.

Z-Library has been called “the largest library in the world”, with at least 11 million downloadable e-books. Z-Library also operated a “complex network of 249 interconnected web domains” that the US Department of Justice also seized as part of the crackdown.

The arrest in Argentina was made at the request of the US authorities, and the site was shut down just two days later.

The site started as a volunteer project, but over time Napolski and Ermakova started offering paid subscriptions and advertised the site on the Internet using Google Ads. According to court documents, documents obtained from Google and Amazon link Napolski to the sites.

RATE OF THE DAY. The main matches of the day and popular predictions for November 18

Is Call of Duty Warzone 2.0 Offline? How to see if the servers are working

The coolest VR room right now is in Tulsa, Oklahoma